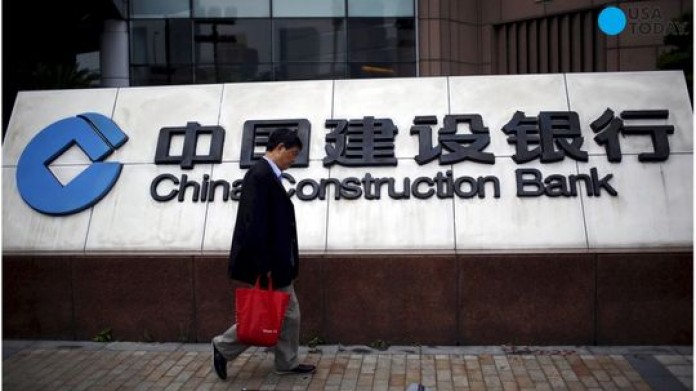 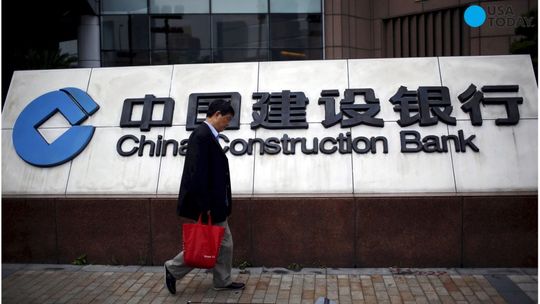 China's economy grew 6.8 percent in the fourth quarter from a year earlier, matching expectations and the slowest since the global financial crisis.
Wochit

Two men stand across the Huangpu River from the Pudong New Financial district in Shanghai on Jan. 18, 2016.(Photo: AFP/Getty Images)

The Communist-led country saw its economy expand 6.9% overall in 2015 and 6.8% the last quarter, the National Bureau of Statistics said.

The annual figure was largely in line with analysts' expectations, but the fourth quarter figure was one percentage point lower that analysts had predicted.

Chinese markets, which have been volatile of late, reacted calmly to the news, trading mostly flat in the morning and closing 3.2% up in the afternoon.

Economists warned that the figure — though probably inflated — hinted at a difficult road ahead.

“2016 will be a tough year. The economy faces a lot of structural problems and no changes to policy or regulations can produce a sharp ‘V’ rebound,” former head of the National Bureau of Statistics Yao Jinyuan told state broadcaster CCTV.

China's economic woes first began to attract attention three years ago when GDP dropped from 9.5% to 7.7% in 2012 . Since then it has trended downwards, causing the Communist-led government to draw up plans to shift from an investment and manufacturing-led economic model, to one driven by services and consumption.

The question now is whether the Party can effect that transition — which has been likened from jumping from one high speed train to another — without a crash in between.

Today's figures suggest there is still hope, even if some of the data is overstated, say economists.

“The upshot is that while the official GDP figures shouldn’t be taken at face value, growth does appear to have been broadly stable last quarter,” Juilan Evans-Pritchard of Capital Economic said in a research note.

Of particular interest to many observers were retail sales, which were up 11.1% in December compared to the same period a year earlier. Optimists pointed out that this was higher than the average for the year, suggesting a pick up toward the year’s close. Pessimists pointed it was lower than the expected 11.3% rise and was down from November, which recorded a rise of 11.2%.

Other indicators were also the subject of debate.

Industrial output grew 5.9% in December, compared to the same period the year before, but it missed a prediction of 6%, and was lower than November’s year-on-year figure of 6.2%.

Analysts said the low growth figure could be explained by higher-than-normal factory activity last December, because a lot of industries in northern china were closed during November 2014 to make sure the air was clean for the APEC summit.

Fixed asset investment growth, a crucial driver of the economy, also missed predictions, coming in at 10% rather than 10.2%.

“Whether and how this funding situation evolves will be key aspect to watch in 2016,” Ms Wang said in her note.

“We currently see [official] growth easing to 6.5% in 2016 and further thereafter, “ The Economist intelligence unit said.

Capital Economics said they believed the Chinese economy was actually growing at 4.5%, but added that was up from the beginning of the year when it was growing at 4%.