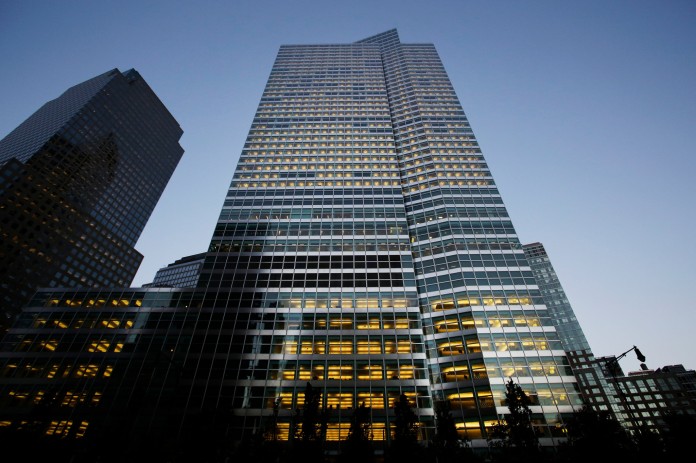 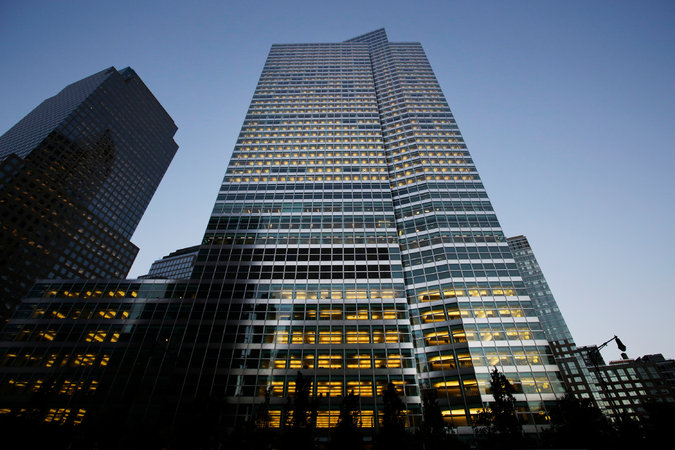 The headquarters of Goldman Sachs in New York. The bank’s business opportunities were diminished in the fourth quarter by new regulations and volatility in the global markets.

Goldman Sachs made a strong commitment to its Wall Street business model on Wednesday after announcing lower revenue and profit for the fourth quarter.

Earnings were dragged down, in part, by a recent government settlement over mortgage securities the bank produced before the financial crisis.

But the firm’s revenue also fell 5 percent in the fourth quarter from the same quarter a year ago, bringing revenue down 2 percent for all of 2015.

New regulations and volatility in the global markets have diminished business opportunities for the bank, considered by many to be the most elite firm in the industry.

“Clearly, it has been a challenging environment for the entire industry,” the firm’s chief financial officer, Harvey M. Schwartz, said in a call with analysts on Wednesday.

But Mr. Schwartz said that the recent difficulties had not led the company’s executives to question their mix of businesses.

“We run the firm for multiple years,” he said. “We see opportunities.”

Many other firms on Wall Street have recently announced big cuts to businesses on which Goldman is heavily reliant — most of all the fixed-income trading businesses that has been hit hard by new regulations.

On Tuesday, one of Goldman’s closest competitor, Morgan Stanley, detailed significant cutbacks in fixed income and elsewhere. The firm’s chief executive, James P. Gorman, argued that regulation had changed the firm’s long-term business outlook in ways that it had not anticipated a year ago.

Goldman Sachs has also been struggling in fixed income, a business that comes with much higher regulatory costs than it has in the past. In the fourth quarter, the business reported 8 percent lower revenue than it did a year ago. For the year, fixed-income revenue was down 13 percent.

But Mr. Schwartz reiterated the bank’s belief that with so many competitors leaving the field, Goldman will benefit when there is any sort of turnaround in the global markets.

That did not quiet all the questions from analysts, some of whom asked when the continuing slide in revenue would convince Goldman that it, like other banks, needed to take more drastic action.

Mr. Schwartz defended Goldman’s more cautious approach and said that it had been making cuts slowly over time, often ahead of competitors, but did not want to overreact to recent events.

Goldman said that $1.8 billion in provisions for the mortgage settlement reduced fourth-quarter earnings by $3.41 a share. Analysts polled by Thomson Reuters had expected a profit of $3.53 a share.

Shares of Goldman fell more than 2 percent on a day when financial stocks and the overall market were sharply lower.

The firm’s profit for the year as a whole declined 31 percent, to $5.6 billion.

Goldman Sachs has kept investors satisfied largely because it has kept profits high, particularly relative to competitors like Morgan Stanley.

Goldman’s business of advising companies continued to perform well, growing 27 percent from a year earlier. But nearly every other major business line produced smaller revenue, including the stock trading division that has been doing so well in recent quarters.