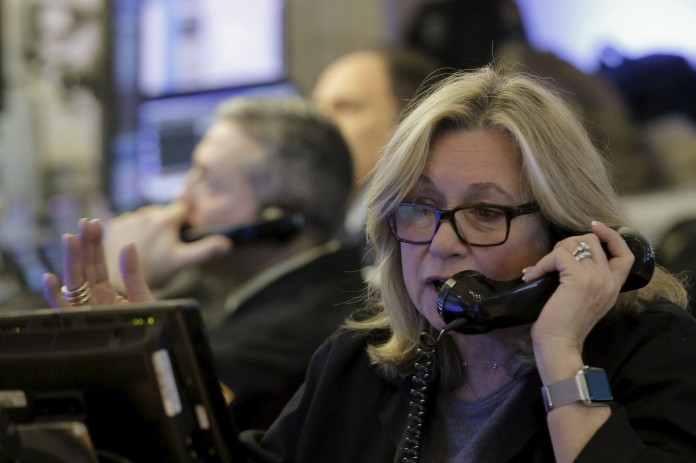 Stocks in the United States had a wild day of trading as worries about economic growth and the continued slump in oil prices weighed on investors.

Markets had been steadily falling all day on Wednesday but staged a turnaround in the last hour of the trading day. At the close of trading, the benchmark Standard & Poor’s 500-stock index was down about 1 percent, after being off as much as 3.7 percent.

The Dow Jones industrial average, which had been down more than 500 points earlier in the day, fell about 250 points, or 1.5 percent. The tech-heavy Nasdaq was nearly unchanged.

The Dow had been hit hard earlier in the day after IBM, one of the 30 blue-chip stocks in the gauge, reported a drop in its fourth-quarter profit after the markets closed on Tuesday.

It has been a month of heavy selling and globally, more than $3.6 trillion has been lost in January, said Howard Silverblatt, a senior index analyst at S.&P. Dow Jones Indices.

“That’s money taken out, even if it’s on paper,” Mr. Silverblatt said. 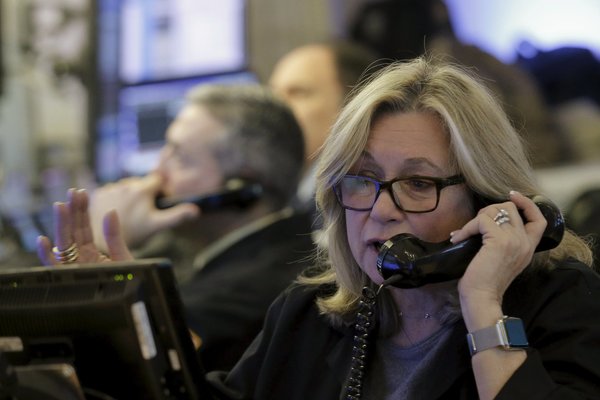 A trader on the floor of the New York Stock Exchange on Wednesday.

Traders will be closely scrutinizing earnings of the S.&P. stocks next week to see how 2016 will go, he added.

“If they don’t come through well, there’s not a lot of support there,” he said.

Oil prices continued their monthslong sell-off, with the price of a barrel of crude oil at the lowest level since May 2003. Crude oil futures were down 6.7 percent on Wednesday to settle at $26.55 a barrel in trading on the New York Mercantile Exchange.

On Wednesday, Royal Dutch Shell warned that it expected its profit for the fourth quarter of 2015 to be about half of what it was in the comparable period a year earlier.

In addition, traders see no signs of the oil glut easing as Iran now has permission to sell into the world markets now that sanctions have been lifted as part of a nuclear deal.

The worldwide drop in stocks signaled nervousness among global investors despite a sanguine reaction earlier in the week to data showing that China’s economic growth continued to slow. Concerns about China’s prospects, as well as the drop in oil prices and signs of weakness elsewhere, have affected global markets in recent months.

The sell-off earlier in the day hit a broad range of investments. European stocks ended sharply lower, with the Euro Stoxx 50 index down 3.3 percent. The FTSE 100 in London closed the day down 3.46 percent.

Stocks in Japan closed 3.7 percent lower, bringing the Nikkei 225’s total decline since its near-term high in June to more than 20 percent — a level that analysts generally regard as a bear market. In addition to worries about China, investors have also grown concerned that economic overhauls championed by Prime Minister Shinzo Abe, called Abenomics, are faltering. Despite Mr. Abe’s pledges to increase economic growth, which were accompanied by a huge program of monetary easing carried out by the central bank, the Japanese economy continues to dip in and out of recession.

The latest round of market turmoil started at the beginning of the year in China, where Beijing’s continued intervention sent stocks down sharply and led to an unexpected weakening of the country’s currency, the renminbi. That added to concerns about the underlying state of the Chinese economy. On Tuesday, China reported its slowest quarterly growth since 2009.

Concerns have broadened in recent weeks, as oil prices have continued to tumble and as volatility spread across global markets.