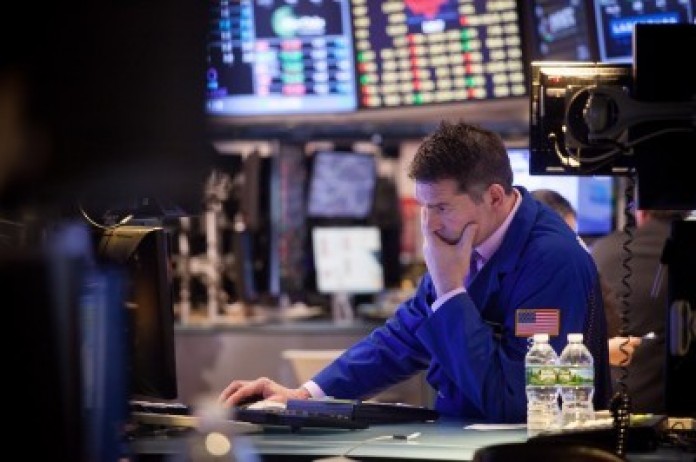 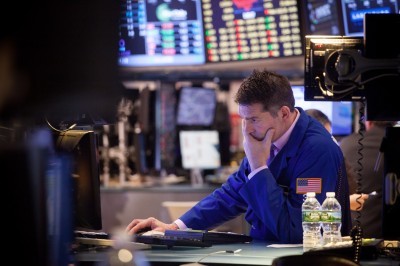 After a big sell-off Wednesday, U.S. stocks climbed back in early trading Thursday. (Michael Nagle/Bloomberg)
NEW YORK — After some early losses, U.S. stocks bounced back Thursday, potentially offering investors a brief respite from the rocky trading that has already wiped out trillions in market value over the past few weeks.

Slowing growth in China and plummeting oil prices have sparked weeks of volatile trading across the globe. On Wednesday, the big swings continued with the Dow Jones industrial average falling more than 500 points or 3 percent during the day before closing down about 1.6 percent. All of the major U.S. indexes are down about 10 percent from their record highs, and market watchers worry that it could take weeks, or perhaps months, before investor anxiety eases and stocks see a sustainable rebound.

But that some of that anxiety appeared to dissolve Thursday as oil prices rebounded above $30 a barrel, after falling to a 13-year low earlier in the week.

The Dow Jones industrial average, a barometer of 30 blue-chip stocks, and the Standard & Poor’s 500-stock index, a broader view of the market, bounced between positive and negative territory Thursday morning. By noon, the Dow and S&P were both up more than 1.5 percent.

U.S. stocks are off to one of their worst yearly starts in history, surprising even some seasoned market analysts. It may be, some say, that Wall Street is sensing weaknesses in the global economy that are not yet apparent. While others say that, fueled by paranoia, traders are steering the wild stock market ride.

Contributing to the volatility has been falling oil prices, which dropped to $26 a barrel Wednesday. Despite Thursday’s rebound, oil prices are still down significantly over the past year, weighing down energy companies and banks that have lent them money.

“Certainly oil plays a significant role in it, but there is much more to it,” said Bob Andres, chief investment officer and founder of Andres Capital Management. The fall in oil prices has “exposed the underbelly of an equity market this is way overvalued.”

Much of the global market anxiety has been focused on China, the world’s second-largest economy. Signs that the country’s economy has started to slow have sent stocks there down 20 percent. That continued Thursday despite another aggressive move by China’s central bank to pump money into the country’s financial system.

The People’s Bank of China offered more than $100 billion in short-and-medium term loans on Thursday, but that was not enough to slow the downward march of Asian stocks.

China’s Shanghai index fell another 3 percent, while Japan’s Nikkei was down 2 percent.

In Europe, investors were more upbeat after the European Central Bank left its main interest rate unchanged and European Central Bank President Mario Draghi indicated the bank may reconsider its policy stance at its next meeting, in March. The FTSE 100 and Germany’s CAC 40 both climbed more than 1.5 percent.