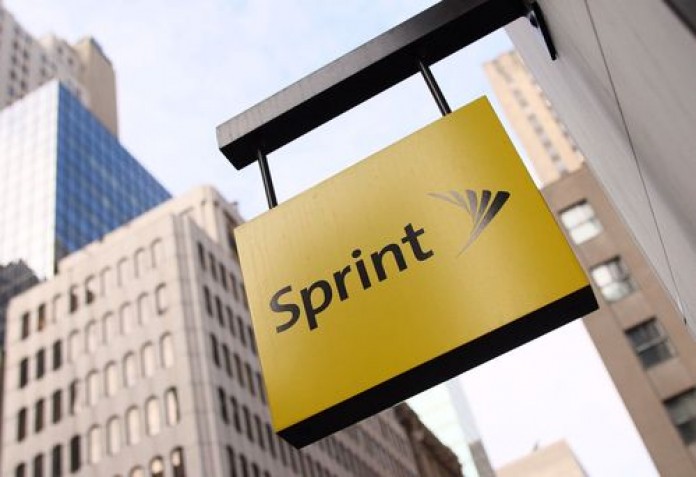 The Sprint logo hangs on the side of their Fifth Avenue store in New York.(Photo: AFP/Getty Images)

Shares of Sprint surged Tuesday after the wireless carrier boosted guidance for the current quarter and reported smaller losses and more postpaid customers during the third quarter.

As of morning trading, Sprint jumped 9% after reporting third quarter results, saying they added the most postpaid customers in three years.

For the quarter, Sprint reported operating losses of $197 million, well below the $2.5 billion posted during the same quarter last year. Sprint reported revenue of $8.107 billion, short of estimates.

But it was Sprint's fiscal year guidance that swayed Wall Street. The carrier bumped up revenue forecasts from $6.8-$7.1 billion to $7.7-$8 billion. The company also forecast fiscal year 2016 revenue as high as $10 billion.

Sprint CEO Marcelo Claure says stable revenue and a sharp drop in churn among wireless customers contributed to the quarter. "It’s clear from our quarterly results that we are making great progress on achieving our goals," said Claure in a statement.

On Monday, Sprint confirmed it has cut more than 2,500 jobs since last fall, as the company plots a turnaround. AT&T and Verizon dominate the wireless market, while T-Mobile surged past Sprint with its lineup of "Uncarrier" mobile plans.