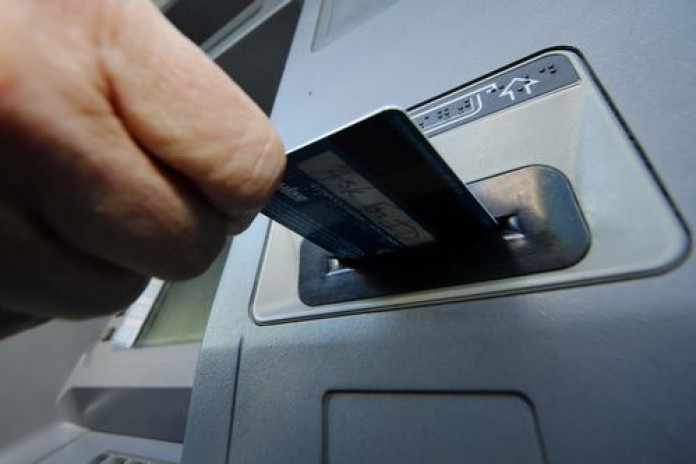 In this Saturday, Jan. 5, 2013 photo, a person demonstrates using a credit card in an ATM in Pittsburgh.(Photo: Gene J. Puskar, AP)

NEW YORK — The machines are definitely getting smarter.

JPMorgan Chase said it is upgrading its entire fleet of ATMs this year to include several new perks — including the option to withdraw money using a smartphone.

The first phase of the rollout will let customers withdraw cash from a Chase ATM using a one-time pin number that will be sent to their smartphones, said JPMorgan spokesman Michael Fusco.

In the second phase, customers will be able to withdraw cash simply by tapping their phones to the ATM, using the same technology that enables Apple Pay and other payment apps, Fusco said.

"This is not replacing debit cards, just giving customers another convenient option if they do not have their debit card with them," Fusco said in a statement.

The ATM upgrades will provide other perks, including:

► Withdrawals of up to $3,000 on ATMs located inside branches and during branch hours.

► The ability for customers to choose a custom withdrawal amounts. Rather than multiples of $20’s, a customer may request $48 and receive it in the form of one $20, four $5’s, and eight $1’s.

► By the end of 2017, customers will also be able to make their Chase credit card and mortgage payments at the ATM.

The changes comes as Chase's monthly ATM transactions outpace the number of teller transactions in its branches, and as JPMorgan has been cutting costs, including staff, to boost profits.

JPMorgan has ATMs at more than 1,500 branches.

The bank is aiming to increase the number of teller transactions processed by ATMs to 90% from a current rates of 60% by the end of 2016.