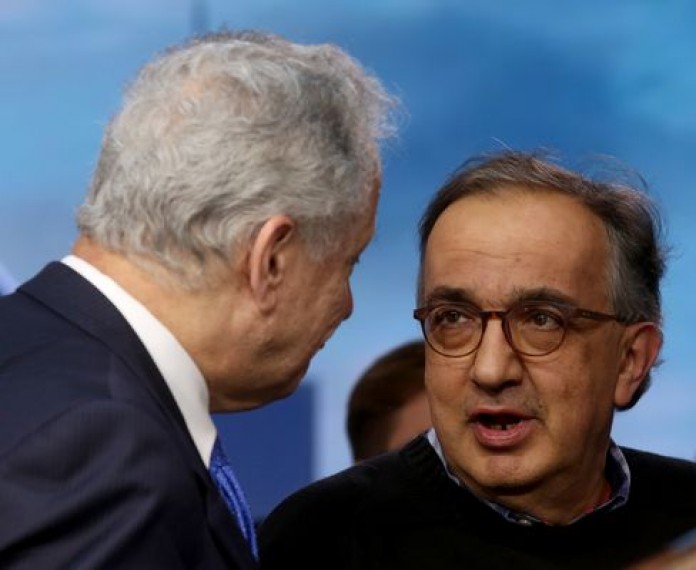 2015 was a mixed year for FCA. Jeep sales soared past 1.2 million and the automaker continued to earn profits in North America. But sales fell sharply in Brazil and troubles emerged in China.

Fiat Chrysler Automobiles on Wednesday said it earned a profit of $2.2 billion in 2015 (2.03 billion euro) when Ferrari is included but that number drops to just $410 million (377 million euro) when results from the exotic sports car brand are removed -- illustrating why the automaker's stock has dropped since the start of the year when Ferrari was spun off into a separate brand.

FCA's stock has dropped about 45% from $13.99 per share on Dec. 31 to $7.61 per share on Tuesday. The automaker officially spun off Ferrari into a separate company at the start of the year.

2015 was a mixed year for FCA as the automotive industry thrived in North America but economic woes hit Brazil and China.

FCA continued to be profitable in the U.S. where industry sales hit a historic high of 17.47 million and the Auburn Hills automaker kept its sales streak alive with 67 consecutive months of year-over-year sales gains.

Globally, FCA sold more than 1.2 million Jeeps as the rugged SUV brand continued to be the automaker's best selling brand. Jeep's sales gains were helped by the launch of the Renegade -- a compact SUV -- in Brazil, Europe and the U.S.

Higher Jeep sales helped FCA sell a total of 4.61 million new cars and trucks in 2015, up slightly from 4.61 million in 2014. However, FCA fell short of the 4.8 million vehicles it thought it could sell for the year.

Wall Street also focused attention on Marchionne's thesis, announced in April, that the automotive industry must consolidate through mergers to deal with rapidly rising product development, regulatory and technology costs.

FCA revealed the Alfa Romeo Guilia sedan in Milan in June as part of a plan to relaunch the Italian premium brand globally. But the Guilia has yet to go on sale and FCA is planning to overhaul its plan for the brand. Maserati's relaunch got off to a good start in 2014 but its sales fell 22% over the first nine months of 2015.

For those and other reasons, FCA is expected to also unveil an overview of its five-year plan today.