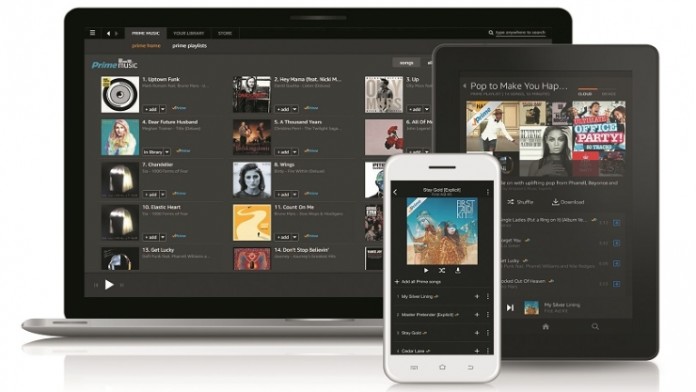 Watch out, Spotify. Word has it that Amazon is gearing up to launch its own standalone music-streaming service.

Citing unnamed sources, the New York Post reported that Amazon has held meetings in recent weeks about licensing music for the service, which aims to rival Spotify and Apple Music. At this point, the plan is still "at an early stage," but the rumored service will reportedly "feature a much more robust music selection than is now available via Prime," the Post notes.

Amazon did not immediately respond to a request for comment.

The online retail giant currently offers more than 1 million songs for streaming via its Prime Music, which is included in a $99 yearly Amazon Prime subscription. That might sound like a lot, but consider that Spotify and Apple Music both offer more than 30 million songs.

Unlike Prime Music, Amazon's new standalone streaming service will reportedly come with its own monthly fee. The Post's sources reckon it may be priced at $9.99 per month, putting it on par with Apple Music and Spotify, however they say Amazon may offer it as part of a discounted bundle that includes its Echo Wi-Fi connected speaker. The online retail giant reportedly plans to launch the service this fall.

In the meantime, Amazon is set to air its first-ever Super Bowl commercial during the big game on Feb. 7. The spot, rumored to cost $5 million, will star Alec Baldwin and Miami Dolphins legend Dan Marino promoting the Echo. Check out a preview below.