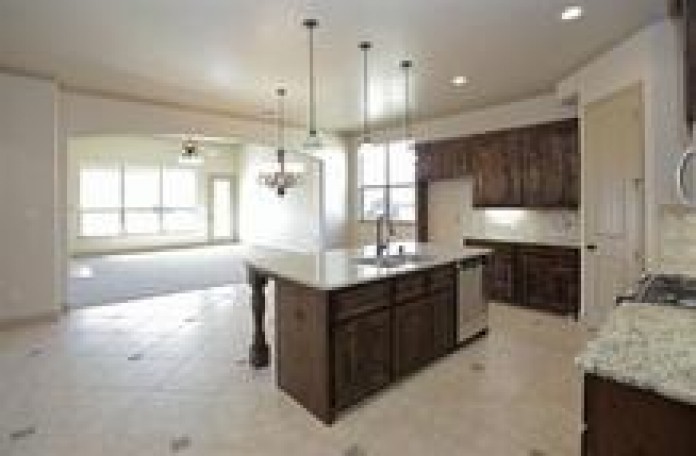 “Here’s what we were thinking: what if we did for mortgages what the Internet did for buying music, and plane tickets and shoes?"

Using Rocket Mortgage, future homebuyers can get a mortgage on their phones, according to the ad. And more homebuyers are good for America, the ad suggests, because they encourage patriotic consumption with more people buying more stuff like couches, blenders and lamps.

“What we’re saying is that a strong housing market filled with responsible homeowners is important to the economy,” Quicken Loan’s chief executive Bill Emerson tells The Wall Street Journal.

While some criticized the ad’s promotion of unabated consumerism, most took issue with the way it evokes the environment leading up to the 2007-2009 subprime mortgage crisis, especially punctuated by the ending tagline: “Push Button, Get Mortgage.” That crisis led directly to a global financial crisis, and then to the Great Recession.

Rocket Mortgage: Let’s do the financial crisis again, but with apps!

The same global meltdown that was interpreted in a recent film.

Based on the 2010 book by Michael Lewis, "The Big Short" explains in detail what happened in the housing market that led to the 2008 financial crisis. Some have described it as the first film to explain the financial concepts and shortcomings of the housing market to a mainstream audience. Director Adam McKay uses celebrities like Margot Robbie and Selena Gomez to explain confusing investment lingo to viewers.

While the movie is both educational and entertaining, it speaks to the fears and financial failures of American homeowners.

“For those who vividly remember the crisis, the movie can be stressful at times, showing all the points at which safety mechanisms failed to kick in,” Atlantic writers Bourree Lam and Gillian B. White explained. “For those who don’t remember or weren’t paying close attention, it’s a good primer on how the recession started. For both groups, it’s worth watching.”

For some, the Quicken Loans' Super Bowl ad was a harbinger. CNET’s Chris Matyszczyk’s says Quicken Loans’ ad is so strongly reminiscent of pre-2008 behavior that it might “send a shiver down your spine.”

Quicken company officials say the app advertised facilitates the loan application process, but it does not encourage irresponsible lending.

“I don’t see any harm in those who qualify getting a mortgage more easily,” Quicken Loans President and Chief Marketing Officer Jay Farner tells CNET. “We think the American dream is an important thing. And our research tells us it’s an important thing. All we’re trying to say is, That’s good.”

Instead, his company is trying to engage the qualified homeowners who “don’t want to get engaged because they’re afraid of the process” says Emerson. “If we could give them an opportunity to interact with technology, understand the operation, maybe we could get some of these folks who qualify off the sidelines.”

Quicken’s track record should also be noted. The company avoided most subprime products around the turn of the century, making it one of the only large nonbank lenders to make it out of the 2008 crisis alive.

“I think that everyone is realizing it’s time for the housing industry to advance,” Farner tells CNN, “in our mind that is about transparency.”