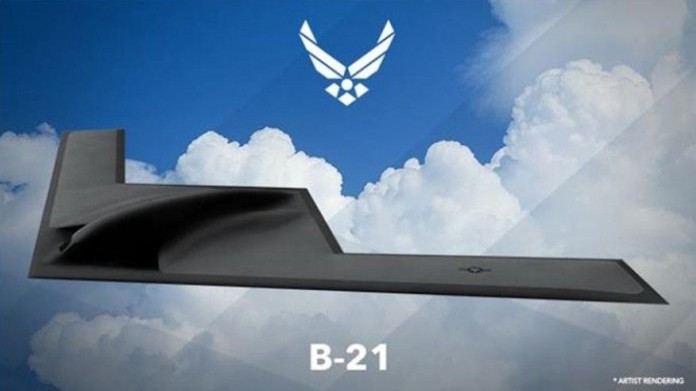 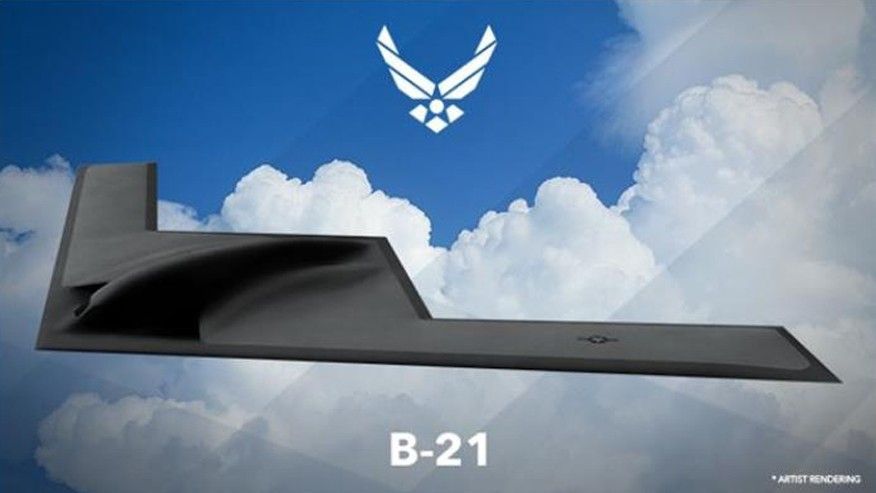 The U.S. Air Force revealed on Friday the first concept image of the B-21 Long Range Strike Bomber, showing off the artist rendering at the Air Force Association’s Air Warfare Symposium in Orlando.

The B-21 Long Range Strike Bomber will be manufactured by Northrop Grumman, and may be based mainly on the concept rendering, as there aren’t any prototypes to work with at the present. The upcoming aircraft, which was previously known internally as the Long Range Strike Bomber, or LRS-B, is the U.S. military’s first bomber of the 21st century.

“This aircraft represents the future for our Airmen, and (their) voice is important to this process,” said Air Force Secretary Deborah Lee James in a statement hyping the B-21 and encouraging Airmen to help give the aircraft an official name. “The Airman who submits the selected name will help me announce it at the (Air Force Association) conference this fall.”

An Air Force press release further underscores the importance of the B-21 Long Range Strike Bomber, which highlights the Air Force’s focus on modernization.

“The platforms and systems that made us great over the last 50 years will not make us great over the next 50,” said Air Force Chief of Staff Mark Welsh at the military branch’s 2017 posture statement earlier this month. “There are many other systems we need to either upgrade or recapitalize to ensure viability against current and emerging threats… the only way to do that is to divest old capability to build the new.”

In the Air Force press release, James explained that the B-21 will allow the Air Force to launch air strikes on any global location. The B-21, according to James, closely resembles the current B-2 stealth bomber, another aircraft manufactured by Northrop Grumman, but was designed from the ground up “based on a set of requirements that allows the use of existing and mature technology.”