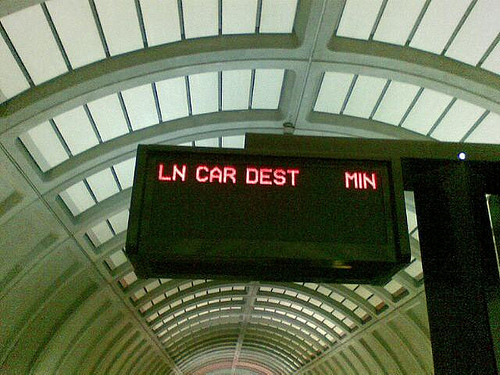 The entire Metro rail system will shut down for at least 29 hours starting at midnight Tuesday night to inspect and replace the kinds of cables that caused Monday's fire. Wiedefeld is currently holding a press conference to reveal more about his plans. We'll update this post as the story develops.

Wiedefeld said the investigation into Monday's cable fire revealed "commonalities" between last year's L'Enfant fire and this. He said, "When I say safety is our highest priority, I mean it. That sometimes means making tough, unpopular decisions, and this is one of those times. I fully recognize the hardship this will cause."

The chance of another fire is "very, very low," added Wiedefeld, but "as the person responsible for the life and safety" of riders and workers, he felt this action was necessary.

The agency will inspect 600 underground jumper cables during the shutdown, which will take until 5 am Thursday. If inspectors find other cables that need replacing, they will announce further closures or single-tracking.

Will there be car-mageddon? This may show how much the region needs Metro (and a safe and well-maintained Metro).

Buses will continue to run and Wiedefeld said WMATA will increase bus service for schools. Many residents may try the bus for the first time—though those buses might be stuck in massive traffic.

If you can bike, Wednesday would be a good day. Capital Bikeshare is sure to be stretched to the limit.

Odds of my getting a @bikeshare bike tomorrow? Odds of finding a place to dock it if I manage to snag one? Corrals please!

A lot of people immediately realized ride-hailing services will likely see some heavy demand. Travis Maiers wrote, "Uber's going to be expensive tomorrow, that's for sure."

Ronit Dancis said, "Elected officials take note: this is what happens when you don't fund maintenance of public infrastructure and public utilities."