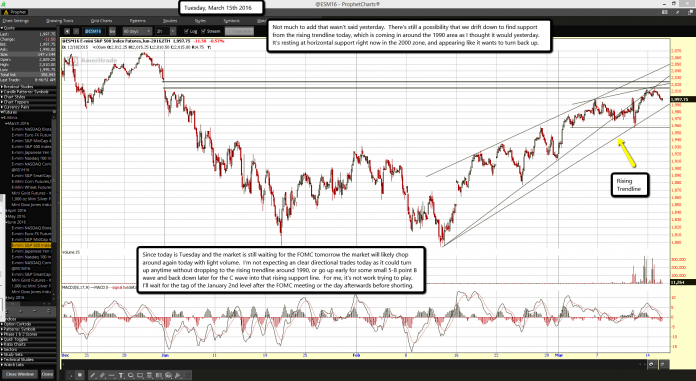 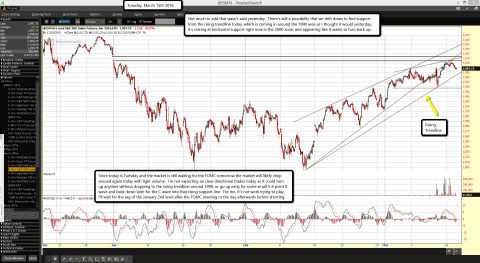 Not much to add that wasn't said yesterday. There's still a possibility that we drift down to find support from the rising trendline today, which is coming in around the 1990 area as I thought it would yesterday. It's resting at horizontal support right now in the 2000 zone, and appearing like it wants to turn back up.

Since today is Tuesday and the market is still waiting for the FOMC tomorrow the market will likely chop around again today with light volume. I'm not expecting an clear directional trades today as it could turn up anytime without dropping to the rising trendline around 1990, or go up early for some small 5-8 point B wave and back down later for the C wave into that rising support line. For me, it's not work trying to play. I'll wait for the tag of the January 2nd level after the FOMC meeting or the day afterwards before shorting.