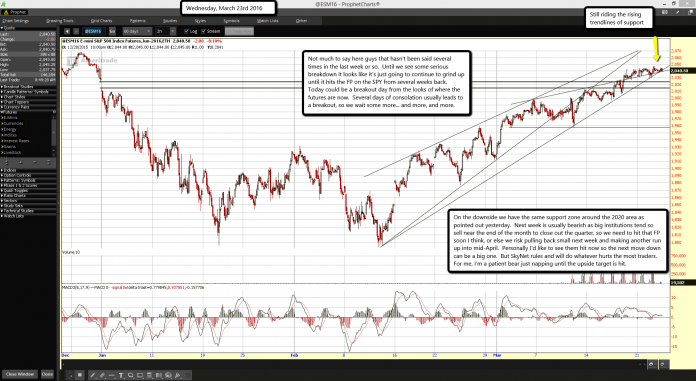 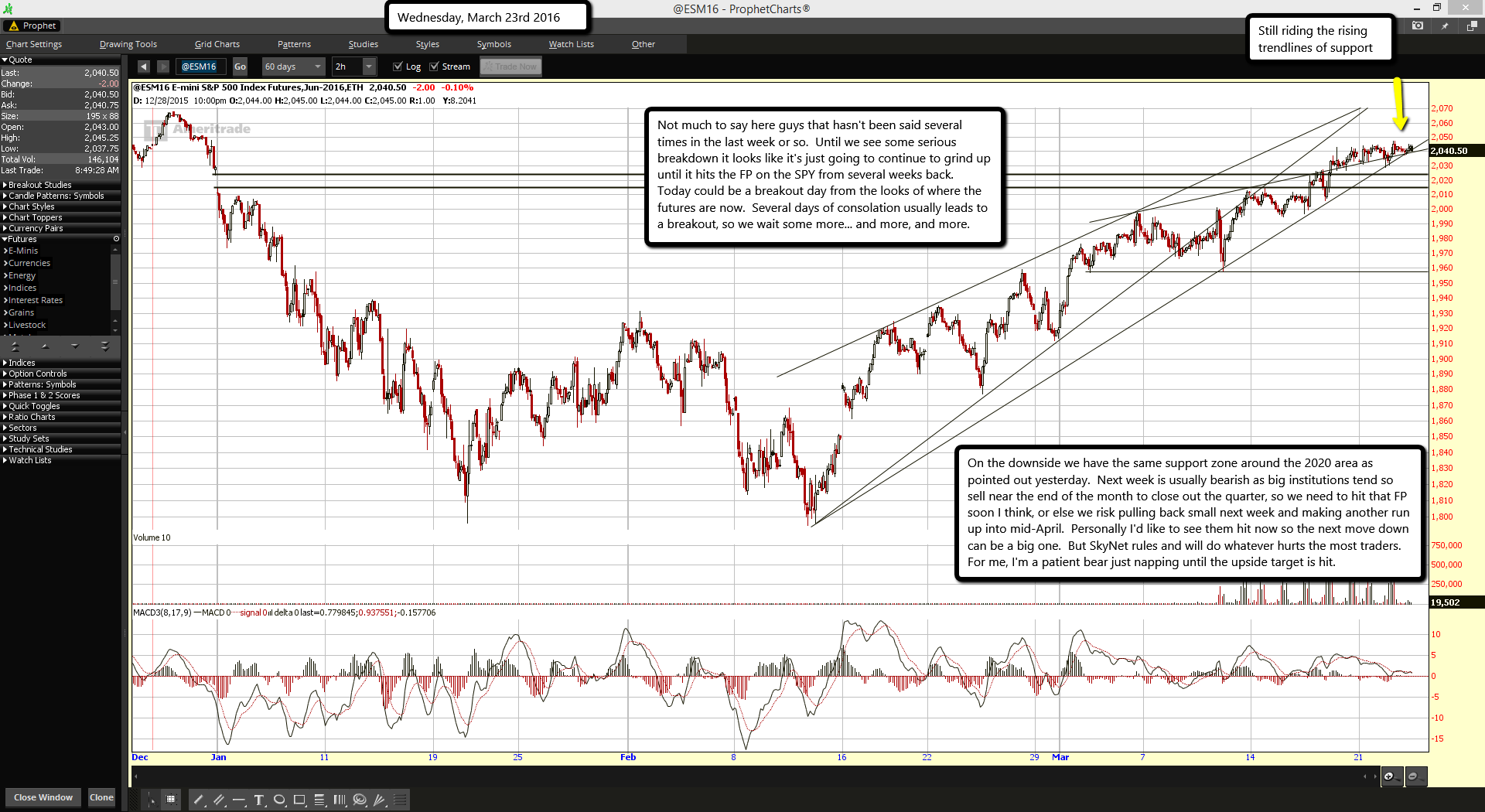 Not much to say here guys that hasn't been said several times in the last week or so.  Until we see some serious breakdown it looks like it's just going to continue to grind up until it hits the FP on the SPY from several weeks back.  Today could be a breakout day from the looks of where the futures are now.  Several days of consolation usually leads to a breakout, so we wait some more... and more, and more.

On the downside we have the same support zone around the 2020 area as pointed out yesterday.  Next week is usually bearish as big institutions tend so sell near the end of the month to close out the quarter, so we need to hit that FP soon I think, or else we risk pulling back small next week and making another run up into mid-April.  Personally I'd like to see them hit now so the next move down can be a big one.  But SkyNet rules and will do whatever hurts the most traders.  For me, I'm a patient bear just napping until the upside target is hit.