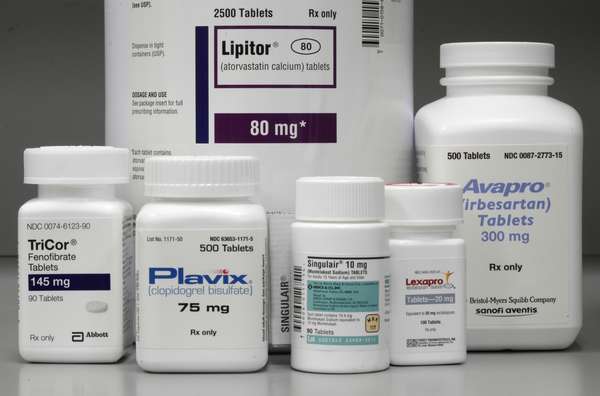 U.S. spending on prescription drugs rose 8.5 percent last year, slightly less than in 2014, driven mainly by growing use of ultra-expensive new drugs and price hikes on other medicines.

The IMS Institute for Healthcare Informatics is forecasting that annual increases in U.S. prescription drug spending will slow to 4 to 7 percent through 2020, after rising around 10 percent in each of the past three years. It predicts spending will reach $370 billion to $400 billion in 2020.

The totals are based on net prices paid after deducting discounts and rebates that manufacturers give to insurers and other payers. In prior years, IMS based its report list prices before those deductions.

The report comes amid growing criticism of unaffordable drug prices from patients, doctors, insurers, Congress and presidential candidates, who have pledged to rein in drug prices. Insurers have been trying to limit prices, demanding bigger discounts to cover many drugs, but have less clout on drugs with little or no competition.

Drug spending keeps growing due to factors including rising prices, fewer blockbuster drugs getting new generic competition and a 10 percent jump last year in the number of prescriptions filled, to nearly 4.4 billion. In prior years, total prescriptions dispensed edged up about 2 percent.

"We have more people with health insurance (now), and that could be a reason we're having more uptake in brand-name drug use," said Murray Aitken, the institute's executive director.

About 20 million people are newly insured as a result of the Affordable Care Act. They are mostly getting low-cost generic drugs, Aitken noted.

New brand-name drugs for cancer, hepatitis C and a number of rare diseases are being launched with staggering list prices, often exceeding $100,000 for a year or course of treatment. Meanwhile, drugmakers routinely raise prices for older brand-name drugs one or more times a year, often pushing them up 20 percent or more each year. Also, several companies have been buying rights to older drugs with limited competition, then quickly jacking up prices several times what they had been for years.

Total drug spending rose by $24.3 billion last year, with more than half of that increase spent on brand-name drugs on the market for less than two years. In 2015 alone, 43 new drugs and 30 new formulations of existing ones were launched.

Because sales of new drugs generally build slowly over several years as doctors become familiar with them, spending on those new drugs should grow even more in the coming years.

"For all the headlines, drug spending growth has moderated in 2015," Aitken said.

However, it's still increasing far more than general inflation, which has been about 2 percent in recent years.

U.S. drug spending now accounts for about 40 percent of what's spent worldwide, partly because Americans pay much higher prices than people in other countries, which generally set price caps.

Patients increasingly are being squeezed by the cost of their medicines, because drug prices are rising at the same time that employers and insurers are shifting a much bigger percentage of drug and other medical costs onto workers.

Meanwhile, drugmakers aiming to get more patients to take their brand-name drugs have been offering discount coupons that generally reduce the patient's monthly copayment to $50 or less.

Nurse practitioners and physician assistants are writing more prescriptions, hitting a total of 576 million in 2015, more than double the number five years ago.

That's because many states have expanded their prescribing authority, particularly in areas with shortages of doctors.