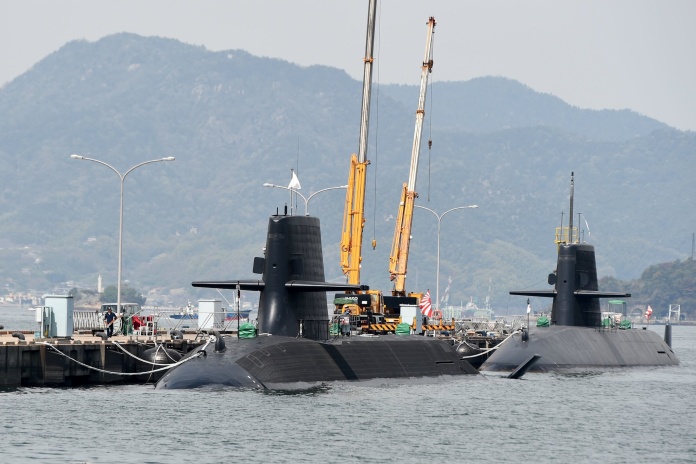 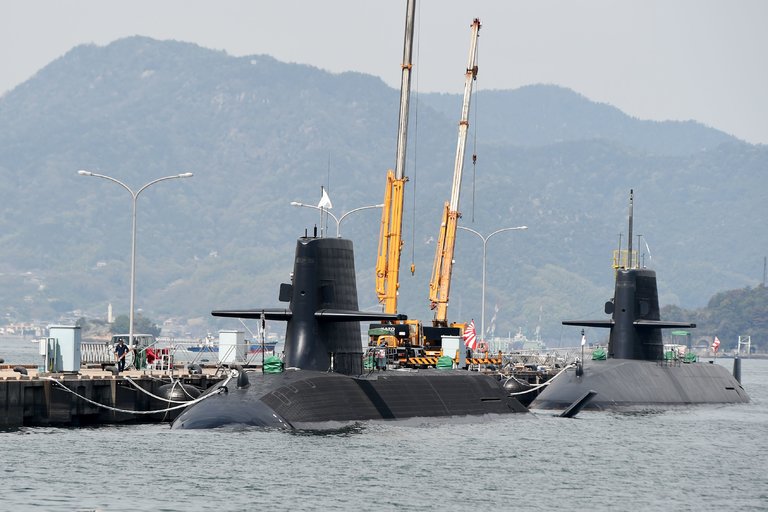 Submarines used by the Japanese Maritime Self-Defense Forces. The Australian submarine deal would have been the first export by Japan of a major weapon system.

TOKYO — In a blow to Japan’s arms export ambitions, Australia chose a French company on Tuesday to supply a dozen attack submarines for its navy, rejecting a bid from a Japanese consortium that had been seen as the front-runner.

The deal, worth 50 billion Australian dollars, or $38.5 billion, is one of the biggest-ever defense contracts in the Asia-Pacific region. And for a while, conditions seemed to be lining up just right for the Japanese, who were looking to put their little-known submarine industry on the global map.

Japan and Australia, both island nations, rely on submarines for defense. Japan is adept at making the type of quiet-running, diesel-powered vessels the Australians sought. And just two years ago, Japan lifted a self-imposed ban on weapons exports that it had maintained since the end of World War II.

Japanese and Australian leaders, meanwhile — mutually concerned about the growing military might of China — have been touting closer military ties. In 2014, Prime Minister Shinzo Abe of Japan and Tony Abbott, then the prime minister of Australia, signed a defense cooperation agreement that many saw as paving the way for a submarine sale.

So Australia’s choice of the French company, DCNS, over the Japanese manufacturers Mitsubishi Heavy Industries and Kawasaki Shipbuilding was more than a business setback for Japan. A win for Mitsubishi and Kawasaki would not just have secured the first export by Japan of a major weapon system. It would also have been a turning point for Japan’s broader defense policy, which has been mostly inward-looking since its wartime defeat more than 70 years ago.

The conservative Mr. Abe has been trying to change that by loosening decades-old legal restrictions that have prevented the Japanese military from engaging in combat missions abroad, as well as by lifting the ban on arms exports.

“The French offer represented the capabilities best able to meet Australia’s unique needs,” Malcolm Turnbull, the current Australian prime minister, said in announcing the decision in Adelaide, where the vessels will be built. “This is securing the future of Australia’s navy over decades to come.”

The French-designed submarines will eventually replace Australia’s fleet of Collins-class submarines, which were built in the early 1990s, also in Australia, based on a Swedish design. The French vessels are expected to enter service in the early 2030s.

A post-mortem had already begun in Japan over the failure of the joint Mitsubishi-Kawasaki bid, after leaks to the news media in Australia in recent weeks suggesting the government in Canberra was cooling on the Soryu-class submarine being offered by the two companies. They were proposing to sell the Australians an enlarged version of the 4,200-ton Soryu, which is powered by a combination of advanced diesel engines and lithium-ion batteries.

Mitsubishi and Kawasaki have built eight of the submarines for the Japanese Navy, the Maritime Self-Defense Forces, and have orders for 12 more. But they have never orchestrated this sort of multinational building project, with assembly taking place in a foreign shipyard — a requirement of the Australian bid.

Gen Nakatani, the Japanese defense minister, said he was “very disappointed” and would seek a detailed explanation from Australia for its choice. He added that Australia would remain “a special strategic partner.”

The Japanese companies have struggled to meet Australian requests to modify the Soryu to make it larger and give it longer range, experts said, and appeared less enthusiastic than the French to share technical secrets with the Australian contractors who would help build the submarines.

“The French were very adroit in putting forward a bid that that was really an industry play, as well as a technical proposal,” said Peter Jennings, executive director of the Australian Strategic Policy Institute. As for the Japanese, he added, “there really was a risk in asking Japan to relocate an entire industrial capability for the first time in modern history.”

The successful French proposal involves swapping an advanced diesel engine for the nuclear power plant normally used in a DCNS-made Barracuda-class submarine, a proven vessel that already has the size and range the Australians were looking for.

The French state owns about two-thirds of DCNS, which is the country’s largest naval contractor, while most of the rest is held by the defense and aerospace group Thales. Jean-Yves Le Drian, the French defense minister, told Europe 1 radio on Tuesday that the deal was “a great victory for the French naval industry” that would provide as many as 4,000 jobs in the Cherbourg region, where the company’s shipyards have been struggling.

Under the administration of former President Nicolas Sarkozy, France built two Mistral-class helicopter carriers for the Russian Navy, but sanctions imposed by Western countries after Russia invaded Crimea and Ukraine scuttled that deal.

ThyssenKrupp Marine Systems of Germany had also bid for the Australian deal.

Given the importance of the submarine project to Australia — Mr. Turnbull called it “a momentous national endeavor” — the French bid ultimately looked like the least risky choice, Mr. Jennings said. He added that Australia might now look for other, smaller defense contracts to open up to Japan, for instance in sonar systems, missile defense or cybersecurity.

“Walk first, then run,” Mr. Jennings said. “This is not something where we can afford to have any false starts.”