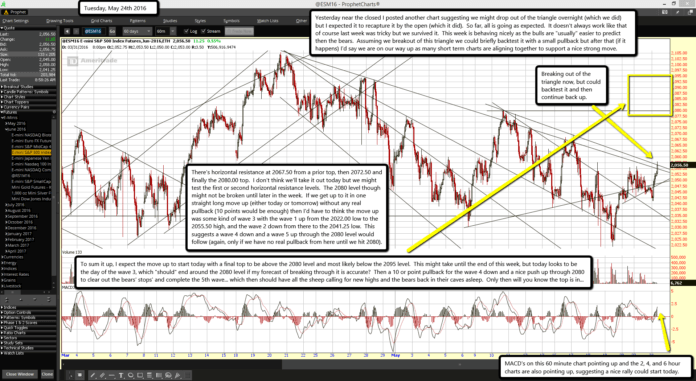 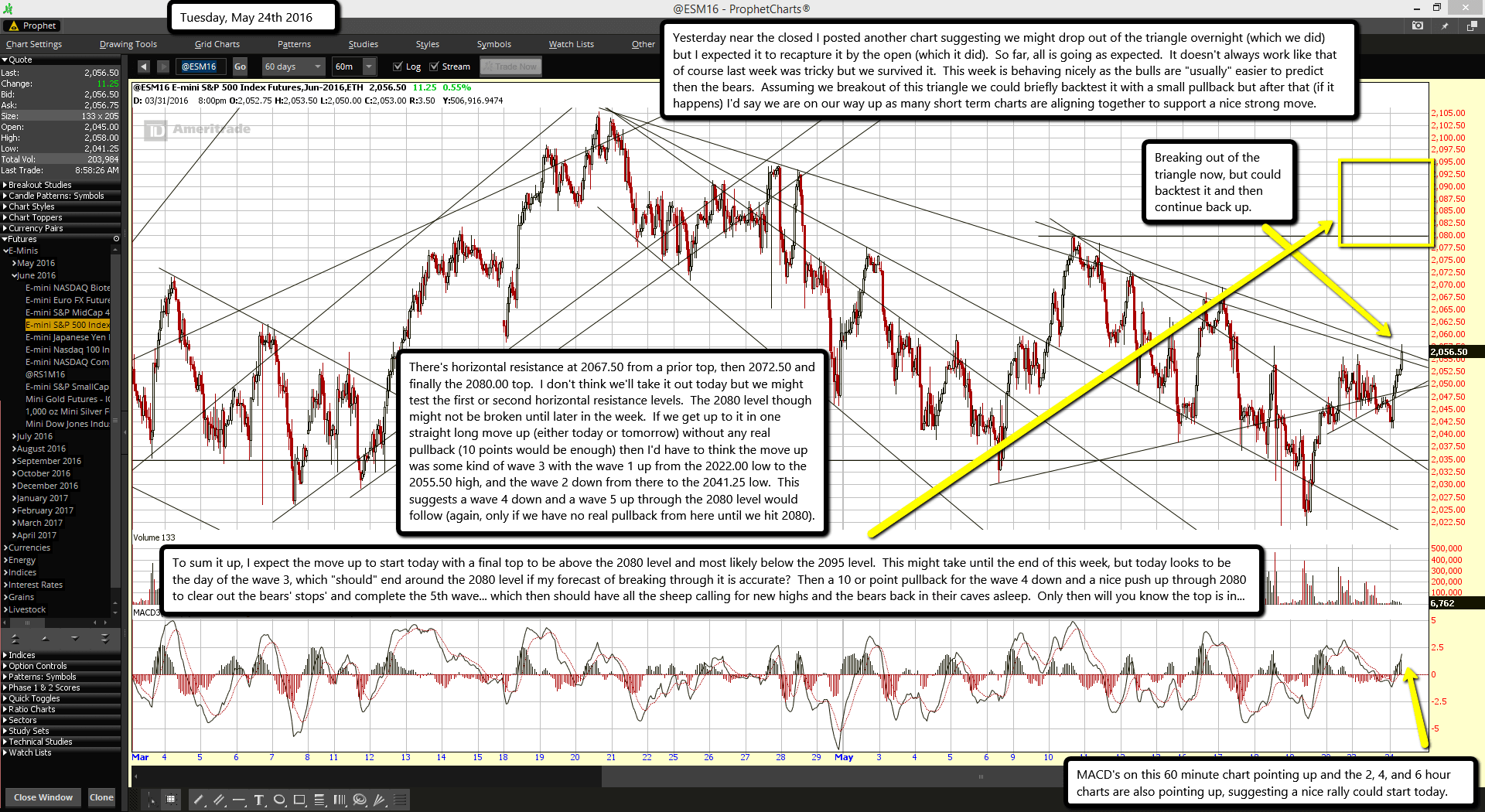 Breaking out of the triangle now, but could backtest it and then continue back up.

MACD's on this 60 minute chart pointing up and the 2, 4, and 6 hour charts are also pointing up, suggesting a nice rally could start today.

Yesterday near the closed I posted another chart suggesting we might drop out of the triangle overnight (which we did) but I expected it to recapture it by the open (which it did).  So far, all is going as expected.  It doesn't always work like that of course last week was tricky but we survived it.  This week is behaving nicely as the bulls are "usually" easier to predict then the bears.  Assuming we breakout of this triangle we could briefly backtest it with a small pullback but after that (if it happens) I'd say we are on our way up as many short term charts are aligning together to support a nice strong move.

To sum it up, I expect the move up to start today with a final top to be above the 2080 level and most likely below the 2095 level.  This might take until the end of this week, but today looks to be the day of the wave 3, which "should" end around the 2080 level if my forecast of breaking through it is accurate?  Then a 10 or point pullback for the wave 4 down and a nice push up through 2080 to clear out the bears' stops' and complete the 5th wave... which then should have all the sheep calling for new highs and the bears back in their caves asleep.  Only then will you know the top is in...