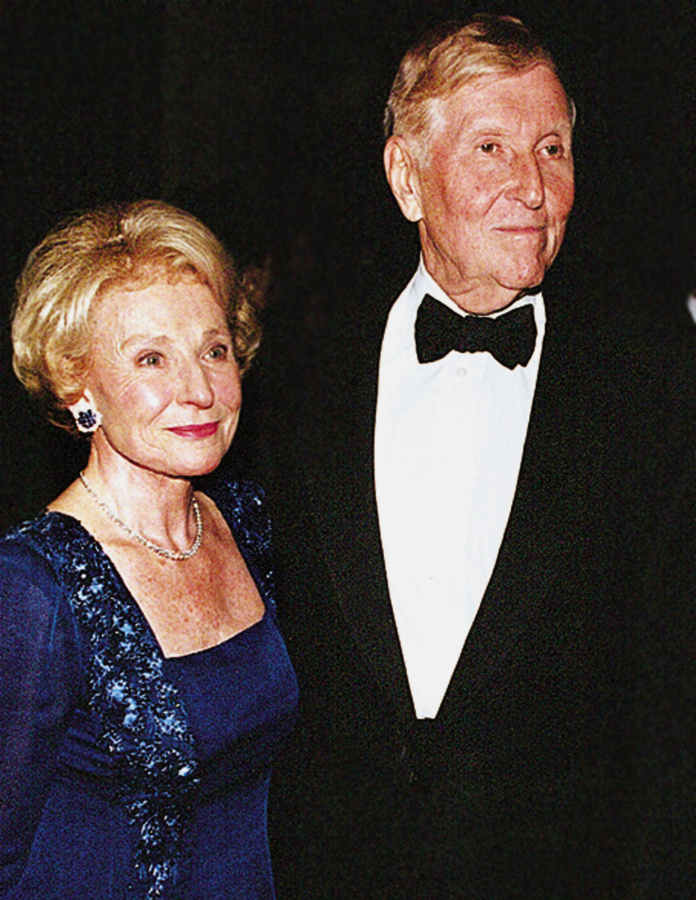 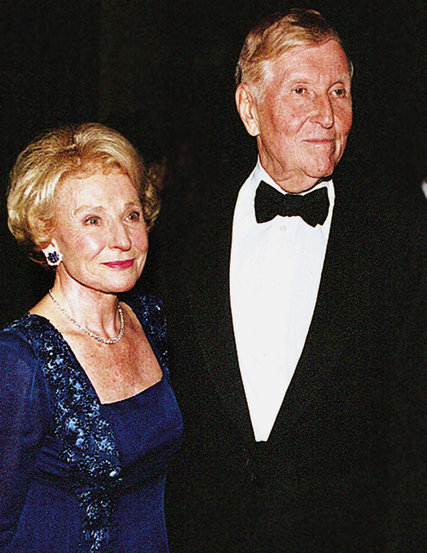 Sumner M. Redstone and Phyllis Redstone, then his wife, in 1998.

If you are a Redstone, apparently, you are never too young or too old to be part of a lawsuit.

In new court documents filed Wednesday, directors of National Amusements added Sumner M. Redstone’s two great-grandchildren as so-called nominal defendants to their suit challenging his mental capacity. They also added Phyllis Redstone, 91, as a nominal defendant. She was the first wife of Mr. Redstone, the ailing media mogul. The two divorced after 52 years of marriage.

As nominal defendants, the two children and Phyllis Redstone do not bear any responsibility or fault. They were named in the suit because they are among the beneficiaries of the trust that will control the fate of Mr. Redstone’s $40 billion empire after he dies or is declared incompetent.

The ages of the children are not clear, but both are younger than 6. They are grandchildren of Mr. Redstone’s daughter, Shari Redstone.

Also on Wednesday, lawyers for Philippe P. Dauman, the chief executive of Viacom, and George S. Abrams, a longtime Viacom director, filed a motion with Norfolk Probate and Family Court in Massachusetts to expedite proceedings in the case.

The two men claim in the suit, which was filed Monday, that Mr. Redstone was not competent and was manipulated by his daughter last week when he ejected them from the trust and the board of National Amusements, the private theater chain that controls 80 percent of the voting stock in Viacom and CBS. Lawyers for Mr. Redstone have filed a separate petition in Los Angeles County Superior Court, asking that a judge declare the decisions valid.

Wednesday’s amended complaint included the accusation that Ms. Redstone has “frequently repeated to the Viacom board” that Mr. Dauman should be replaced, as part of her continuing rivalry with him.

In a separate court filing on Wednesday, Mr. Dauman and Mr. Abrams requested a hearing for the earliest available date and that the process of obtaining evidence start immediately.

Rapid legal proceedings were necessary, they said, to protect the assets of the trust and because of what they characterized as the rapid deterioration of Mr. Redstone’s physical and mental health. Mr. Redstone will turn 93 on Friday.

Mr. Dauman and Mr. Abrams proposed that evidence gathering include at least one medical examination of Mr. Redstone and taking the testimony of Shari Redstone. The entire process should be completed within three months, they suggested.

“The substantial assets in the trust are threatened by Shari’s invalid attempt to take over the trust and its controlling interest in NAI,” the motion for expedited proceedings stated, referring to National Amusements. “There can be no doubt that these actions are aimed directly at effectuating control of Viacom.”

Nancy Sterling, a spokeswoman for Shari Redstone, said in a statement, “We are looking forward to an expedited dismissal of this meritless suit.”

Representatives for Mr. Redstone could not immediately be reached for comment.

Mr. Dauman and Mr. Abrams also asked for a trial to be held in no more than four months, or before the end of September. If a judge concurs, that would mean that the Massachusetts proceedings would occur before the Oct. 18 hearing date set for Mr. Redstone’s petition.

Separately, Frederic Salerno, the lead independent director of Viacom put in a new request on Thursday to schedule a meeting with Mr. Redstone. In an email to one of Mr. Redstone’s lawyers, Mr. Salerno outlined an agenda for the meeting: 1. Greetings and pleasantries; 2. A Q&A session on Mr. Redstone’s thought on last week’s board strategy meeting and Paramount; 3. Anything else Mr. Redstone wanted to share; 4. Goodbyes.