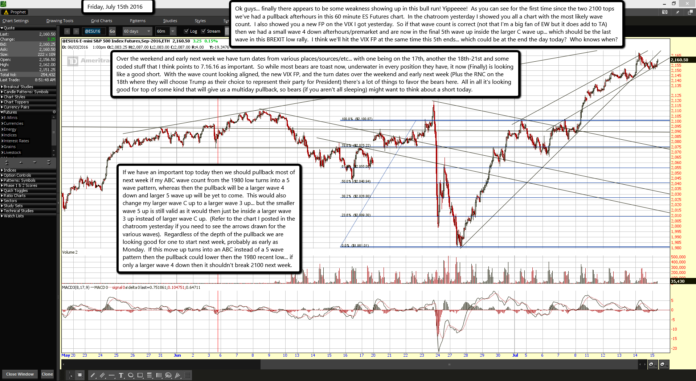 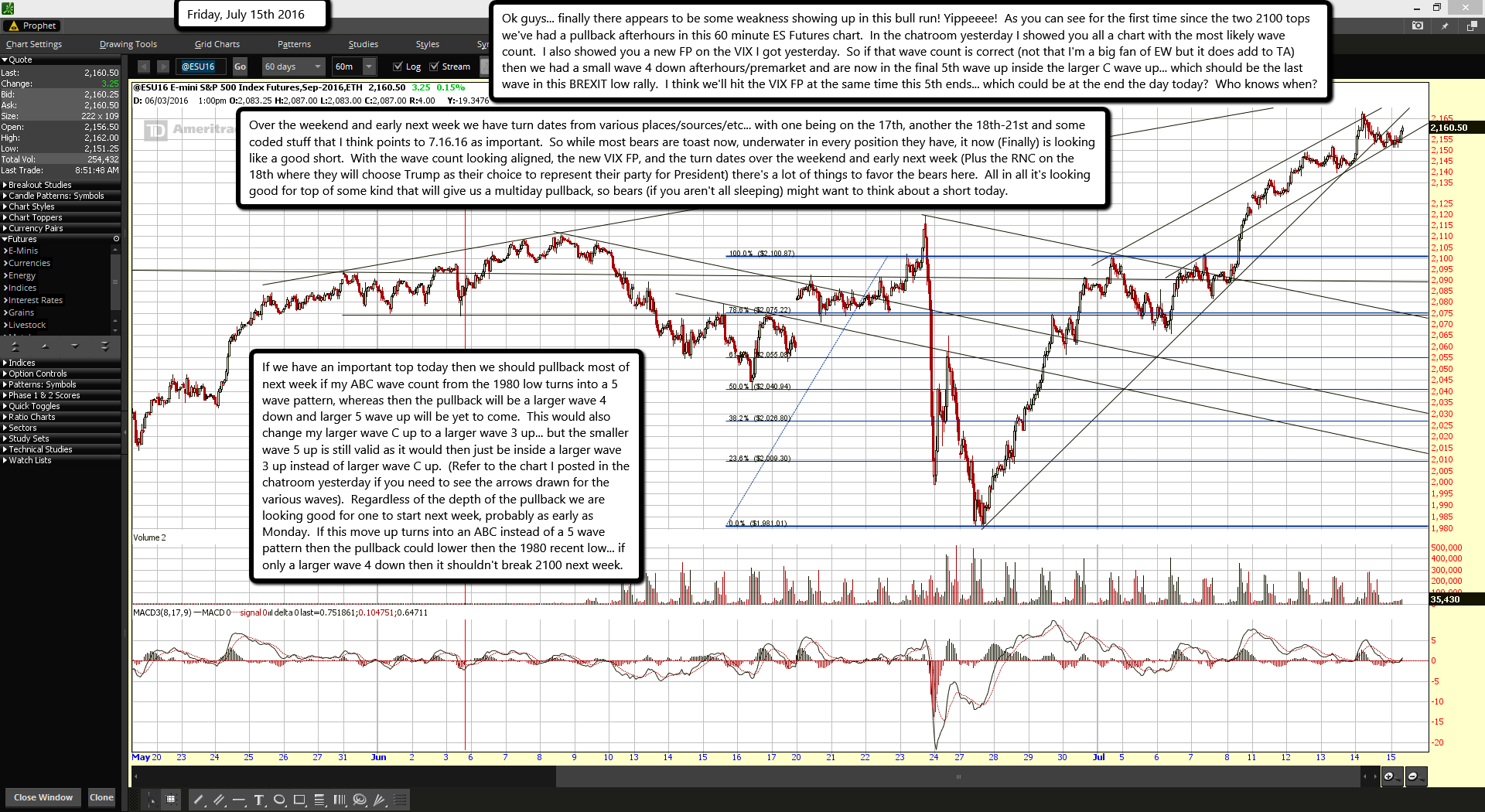 Ok guys... finally there appears to be some weakness showing up in this bull run! Yippeeee!  As you can see for the first time since the two 2100 tops we've had a pullback afterhours in this 60 minute ES Futures chart.  In the chatroom yesterday I showed you all a chart with the most likely wave count.  I also showed you a new FP on the VIX I got yesterday.  So if that wave count is correct (not that I'm a big fan of EW but it does add to TA) then we had a small wave 4 down afterhours/premarket and are now in the final 5th wave up inside the larger C wave up... which should be the last wave in this BREXIT low rally.  I think we'll hit the VIX FP at the same time this 5th ends... which could be at the end the day today?  Who knows when?

Over the weekend and early next week we have turn dates from various places/sources/etc... with one being on the 17th, another the 18th-21st and some coded stuff that I think points to 7.16.16 as important.  So while most bears are toast now, underwater in every position they have, it now (Finally) is looking like a good short.  With the wave count looking aligned, the new VIX FP, and the turn dates over the weekend and early next week (Plus the RNC on the 18th where they will choose Trump as their choice to represent their party for President) there's a lot of things to favor the bears here.  All in all it's looking good for top of some kind that will give us a multiday pullback, so bears (if you aren't all sleeping) might want to think about a short today.

If we have an important top today then we should pullback most of next week if my ABC wave count from the 1980 low turns into a 5 wave pattern, whereas then the pullback will be a larger wave 4 down and larger 5 wave up will be yet to come.  This would also change my larger wave C up to a larger wave 3 up... but the smaller wave 5 up is still valid as it would then just be inside a larger wave 3 up instead of larger wave C up.  (Refer to the chart I posted in the chatroom yesterday if you need to see the arrows drawn for the various waves).  Regardless of the depth of the pullback we are looking good for one to start next week, probably as early as Monday.  If this move up turns into an ABC instead of a 5 wave pattern then the pullback could lower then the 1980 recent low... if only a larger wave 4 down then it shouldn't break 2100 next week.