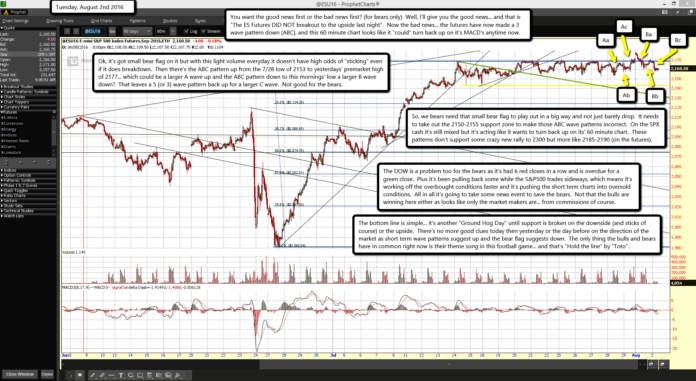 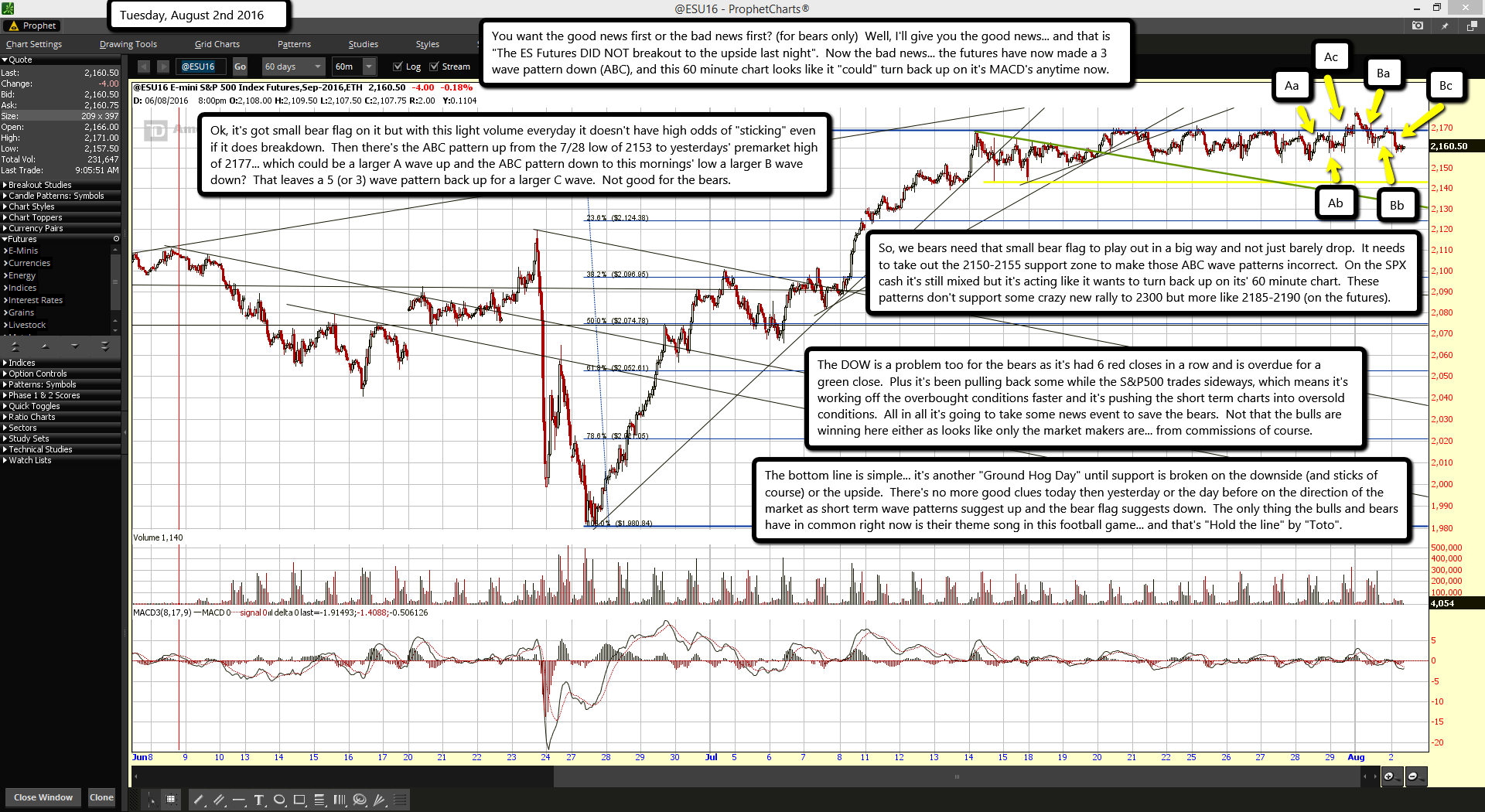 You want the good news first or the bad news first? (for bears only)  Well, I'll give you the good news... and that is "The ES Futures DID NOT breakout to the upside last night".  Now the bad news... the futures have now made a 3 wave pattern down (ABC), and this 60 minute chart looks like it "could" turn back up on it's MACD's anytime now.

Ok, it's got small bear flag on it but with this light volume everyday it doesn't have high odds of "sticking" even if it does breakdown.  Then there's the ABC pattern up from the 7/28 low of 2153 to yesterdays' premarket high of 2177... which could be a larger A wave up and the ABC pattern down to this mornings' low a larger B wave down?  That leaves a 5 (or 3) wave pattern back up for a larger C wave.  Not good for the bears.

So, we bears need that small bear flag to play out in a big way and not just barely drop.  It needs to take out the 2150-2155 support zone to make those ABC wave patterns incorrect.  On the SPX cash it's still mixed but it's acting like it wants to turn back up on its' 60 minute chart.  These patterns don't support some crazy new rally to 2300 but more like 2185-2190 (on the futures).

The DOW is a problem too for the bears as it's had 6 red closes in a row and is overdue for a green close.  Plus it's been pulling back some while the S&P500 trades sideways, which means it's working off the overbought conditions faster and it's pushing the short term charts into oversold conditions.  All in all it's going to take some news event to save the bears.  Not that the bulls are winning here either as looks like only the market makers are... from commissions of course.

The bottom line is simple... it's another "Ground Hog Day" until support is broken on the downside (and sticks of course) or the upside.  There's no more good clues today then yesterday or the day before on the direction of the market as short term wave patterns suggest up and the bear flag suggests down.  The only thing the bulls and bears have in common right now is their theme song in this football game... and that's "Hold the line" by "Toto".