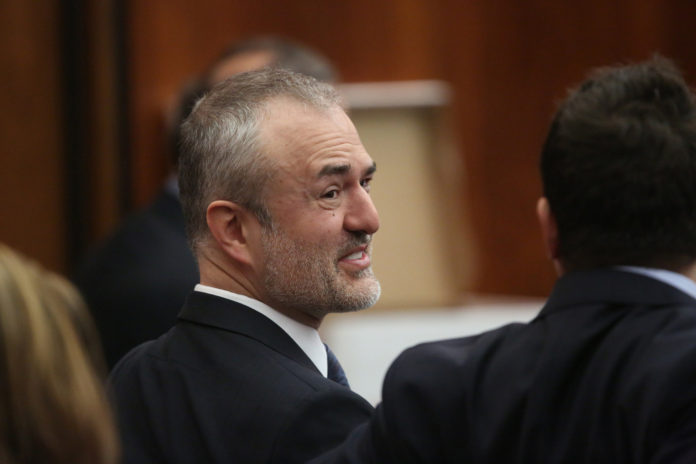 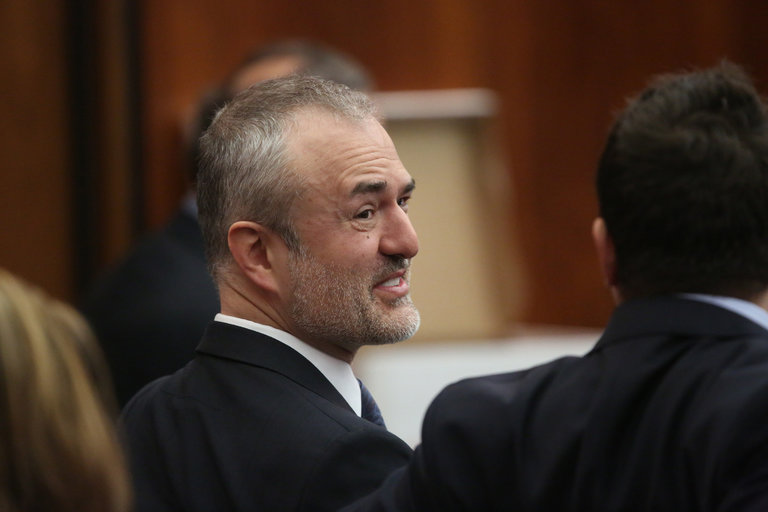 Nick Denton, chief executive and founder of Gawker, in court during the company’s trial against Hulk Hogan in March.

Nick Denton, the founder and chief executive of Gawker Media, filed for personal bankruptcy on Monday to protect himself from a legal judgment awarded in March to the former professional wrestler Hulk Hogan in an invasion-of-privacy lawsuit.

“Ever since the verdict, this was a likely outcome,” Mr. Denton said in an instant message.

Gawker, which faces a $140 million judgment, filed for Chapter 11 bankruptcy in June and put itself up for sale. The company will be sold at an auction that is expected to occur later this month.

Filing for bankruptcy puts a stay on claims from creditors, including court judgments, meaning Hulk Hogan, whose real name is Terry G. Bollea, will not be able to collect his award.

“I don’t have that kind of money lying around,” Mr. Denton said on Monday. “In fact, almost all my net worth is in the independent media business to which I have devoted my working life the last 14 years.”

In May it was disclosed that Peter Thiel, the billionaire Silicon Valley entrepreneur, had secretly financed Mr. Bollea’s lawsuit. He said he was also funding other legal cases against the company.

”The time has come for Nick Denton to accept responsibility for the decisions he made and the rewards he reaped based on the suffering and humiliation of others,” David Houston, a lawyer for Mr. Bollea, said in a statement. “His bankruptcy has nothing to do with who paid Mr. Bollea’s legal bills, and everything to do with Denton’s own choices and accountability.”

Mr. Bollea sued Gawker Media, Mr. Denton and Albert J. Daulerio, the former editor in chief of Gawker.com, in 2012 over Gawker’s publication of a tape that showed Mr. Bollea having sex with a woman who was the wife of his former friend. Mr. Daulerio, who was ordered to pay $100,000, is also expected to file for bankruptcy.

Mr. Denton’s bankruptcy filing, which was long anticipated, is nevertheless the latest blow to Gawker, which he founded in 2002. The company has faced numerous challenges in the past year, including the departure of two top editors after Gawker published, and then removed, an article about a married male media executive who sought to hire a gay escort.

Still, Mr. Denton said his personal bankruptcy would not have much of an effect on Gawker, and he painted an optimistic portrait.

“For the company, this does not mean too much,” he said. “I am committed to finding the brands and the people a secure home, free of this vendetta. The bids are due in two weeks, and the operation is in great shape, with growing traffic and revenue.”

In a memo to the Gawker Media staff, Mr. Denton praised the company for keeping its “focus and momentum.”

“What really lifts my spirits is the way in which we have stood together and just kept on writing, coding and selling,” he wrote.