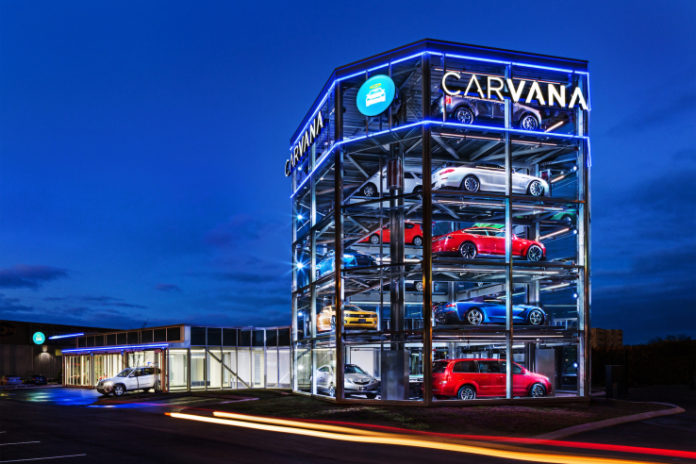 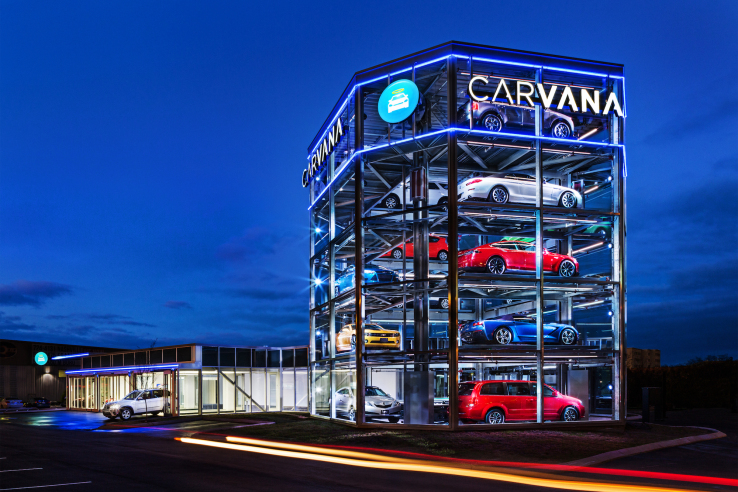 The used car industry is an interesting business. The market is huge – 45 million used cars are bought each year in the U.S. But the biggest player, CarMax, only controls about 2% of the market – but is still valued at about $12 billion by Wall Street.

So that makes the market not only ripe for disruption, but also extremely lucrative.

Carvana is a used car dealer that thinks it can gain some of this marketshare by bringing an e-commerce approach to the industry. The startup, which we’ve covered before, has brought the entire sales process online. And today the startup is announcing that is has raised a $160M series C to further expand its model across the United States.

A prospective car buyers stars on Carvana’s website, and picks out the exact car they want. The company offers cars in almost every body style and price range, and had about 5,000 available as of last night. There’s no bargaining, but the company consistently offers prices a few thousand dollars better then Kelly Blue Book’s suggested retail price (and lets you compare the two).

All financing and paperwork gets done online, and you have the choice of either having your car delivered or available for pickup at one of the company’s “car vending machines”.

What’s a car vending machine? It’s literally a big glass building that automatically dispenses a car that is preloaded by the company in the days prior to the customer picking it up. Carvana opened their first one in Nashville last year, and will use this funding to open more around the country.

Does a car vending machine sound gimmicky? Of course. But the company explained that it also has a practical purpose, besides being great for advertising. The status quo for Carvana is currently to deliver your new car to your door, which obviously costs more than having you pick it up. So by building a car vending machine in each city the company can save the money they would spend on having employees delivery it to your door.

This $160M in funding follows $140M in equity and $400M in debt previously raised by the company. While Carvana won’t disclose specific investors, they have said that the round had participation from both new and existing institutional investors.

Like previous funding rounds, growth and expansion is where Carvana is planning on spending this money. But with this new funding they are planning to expand and have readily available inventory in over 20+ markets by the end of the year, which will probably require them to shell out a ton of cash for a ton of used cars.

Plus, the company needs to build more physical locations to store (and possibly vend) cars in each of these new cities. As Ernie Garcia, founder and CEO of the company explained, they could choose to grow slower with much less capital, but Carvana (and their investors) believe that they found a solid business model, and want to ramp up and strike while the iron is hot.