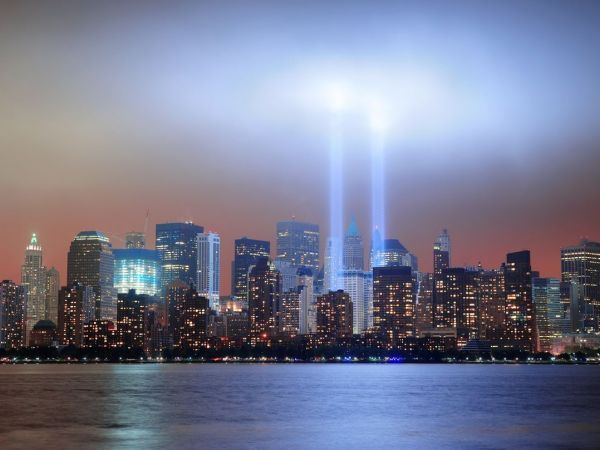 SAN ANTONIO, TX -- Perhaps more than any other tragedy that has befallen the U.S., as it relates to 9/11 it will always be too soon -- too soon to make a joke, mock or exploit the tragedy for commercial gain.

Yet in Texas, one retailers didn't get the memo, shilling mattresses while depicting the fallen towers with pillows to advertise its 9/11 sale. The Sept. 11 date falls on a Sunday this year, prompting the retailer to tie its weekend sale to the remembrance.

The Miracle Mattress store in San Antonio, near the Leon Valley suburb, has unleashed a storm of protest over its commercial ahead of the sale. One Facebook user posted a video of the commercial, sharing it with television station KENS 5.

The commercial shows a pitch woman raving about the firm's planned "Twin Tower Sale," alerting customers they can buy any size mattress on the day of remembrance at a twin-mattress price.

As the commercial spot winds to an end, two men behind her -- seemingly excited that even a king-sized mattress can be purchased at a twin-mattress price -- tumble on an adjacent bed, knocking over two towers made of pillows in the process.

"We will never forget," the pitch woman says in mock solemnity.

Reaction to the commercial was swift. "This is beyond disgusting and disrespectful," one person posted on the Facebook thread. Another predicted the backlash might have the company back in the airwaves soon, for a going-out-of-business sale.

Company officials have since reportedly apologized.

This year marks the 15th anniversary on the Sept. 11, 2001 attack by terrorists. A series of four coordinated attacks by the Islamic extremist group al-Qaeda -- including the flying of passenger jets into the World Trade Center towers -- killed 2,996 people and injured 6,000 others.