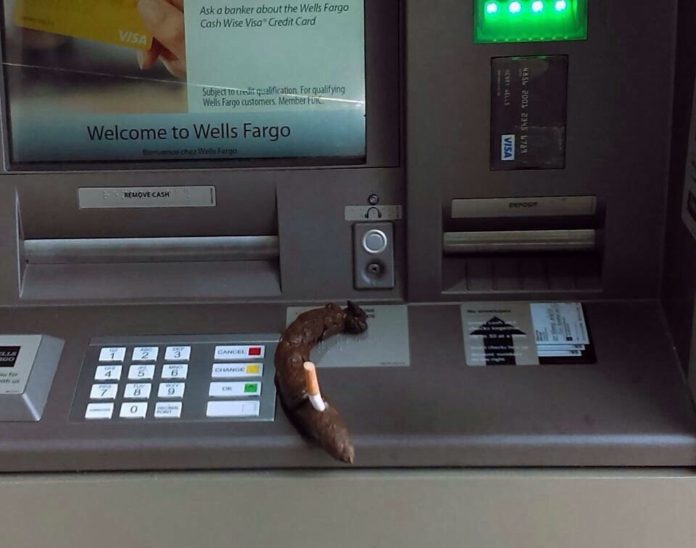 Months ago, CEO John Stumpf praised the executive in hot water as “a standard-bearer” for the bank.

In fact, despite beefed-up “clawback” provisions instituted by the bank shortly after the financial crisis, and the recent revelations of massive misconduct, it does not appear that Wells Fargo is requiring Carrie Tolstedt, the Wells Fargo executive who was in charge of the unit where employees opened more than 2 million largely unauthorized customer accounts—a seemingly routine practice that employees internally referred to as “sandbagging”—to give back any of her nine-figure pay.

On Thursday, Wells Fargo WFC -0.37% agreed to pay $185 million, including the largest penalty ever imposed by the Consumer Financial Protection Bureau, to settle claims that that it defrauded its customers. The bank’s shareholders will ultimately have to swallow the cost of that settlement. The bank also said it had fired 5,300 employees over five years related to the bad behavior.

Tolstedt, however, is walking away from Wells Fargo with a very full bank account—and praise. In the July announcement of her exit, which made no mention of the soon-to-be-settled case, Wells Fargo’s CEO John Stumpf said Tolstedt had been one of the bank’s most important leaders and “a standard-bearer of our culture” and “a champion for our customers.”

On Thursday, Richard Cordray, the head of the CFPB, had a different take, “It is quite clear that [the actions of Tolstedt’s unit] are unfair and abusive practices under federal law,” said Cordray. “They are a violation of trust and an abuse of trust.”

A spokesperson for Wells Fargo said that the timing of Tolstedt’s exit was the result of a “personal decision to retire after 27 years” with the bank. The spokesperson declined to comment on whether the bank was considering clawing back Tolstedt’s back pay.

In a statement following the settlement, Wells Fargo said, “Wells Fargo reached these agreements consistent with our commitment to customers and in the interest of putting this matter behind us. Wells Fargo is committed to putting our customers’ interests first 100% of the time, and we regret and take responsibility for any instances where customers may have received a product that they did not request.”

Shortly after the financial crisis, big banks in the nation, including Wells Fargo, promised that their top bankers would not be able to keep large paydays if it was found that those rewards were gained through harmful conduct. It was supposed to be the stick to the carrot of Wall Street bonuses. But the latest example of fraud at Wells Fargo shows that the big banks are unwilling to wield those sticks, especially when it comes to their top executives.

It is not clear how closely, or at all, Tolstedt was responsible for or even aware of the widespread abusive tactics at the bank. Neither the CFPB nor the Los Angeles City Attorney’s office, which sued the bank, named Tolstedt directly. Wells Fargo said the 5,300 firings happened over five years, and included managers as well as employees. It’s likely that Tolstedt managed as least part of that purge. But in bringing the charges, an official from the CFPB said Wells Fargo was aware of the behavior for longer than it should have, without putting a stop to it.

What’s more, Tolstedt ran the community banking division of the bank, which included its retail banking and credit card divisions, during the entire period in which the customer abuse was alleged, which goes back to 2011. The CFPB said about three quarters of the unauthorized accounts opened by employees of Wells Fargo were bank deposit accounts. Another 565,000 were unauthorized credit card applications. Tolstedt took over the division in 2008, after Wells Fargo merged with Wachovia during the financial crisis.

Tolstedt was a regular on Fortune‘s Most Powerful Women list. She was replaced on this year’s list by Mary Mack, who is taking over her job at the bank.

Tolstedt was regularly praised for her unit’s ability to get customers to open numerous accounts. For a number of years, Wells Fargo’s proxy statement, which details executive pay, cited high “cross-selling ratios” as a reason that Tolstedt had earned her roughly $9 million in annual pay. For instance, in Wells Fargo’s 2015 proxy statement, the company said that its compensation committee had authorized Tolstedt’s $7.3 million stock and cash bonus that year, because “under her leadership, Community Banking achieved a number of strategic objectives, including continued strong cross-sell ratios, record deposit levels, and continued success of mobile banking initiatives.”

Later that year, the L.A. City Attorney’s office sued the bank because of its sales tactics, saying that many of the abusive practices came from intense pressure on Wells Fargo’s employees to get customers to open up numerous accounts. A separate class action of former employees alleges they were fired for not meeting cross-selling goals, or going along with the aggressive sales tactics.

Earlier this year when Wells Fargo released its annual proxy statement, it once again said that in order to justify her multimillion dollar bonus, Tolstedt’s division had “achieved a number of strategic objectives.” But this time, for the first time in years, cross-selling wasn’t listed as one of them.

When Tolstedt leaves Wells Fargo later this year, on top of the $1.7 million in salary she has received over the past few years, she will be walking away with $124.6 million in stock, options, and restricted Wells Fargo shares. Some of that hasn’t vested yet. But Tolstedt gets to keep all of it because she technically retired. Had she been fired, Tolstedt would have had to forfeit at least $45 million of that exit payday, and possibly more.

Wells Fargo’s proxy statement says that the bank has “strong recoupment and clawback policies,” and that the bank will revoke bonus pay if it is found that the conduct of an executive resulted in representational harm to the bank, or that the executive was not able to “identify or manage” risks in his or her division. But there is no sign that Wells Fargo is going to ask Tolstedt to return even a sliver of her stock jackpot.

“This appears to be exactly the situation that clawback provisions were created for,” says Dennis Kelleher, president of Better Markets, a group that lobbies for more regulation of the big banks. “If they don’t apply here, when will they apply.”

On Wall Street, the carrots are still widely handed out. The sticks, however, remain out of sight.

And how does the public feel about this you ask?  I'd say this photo says it all.. 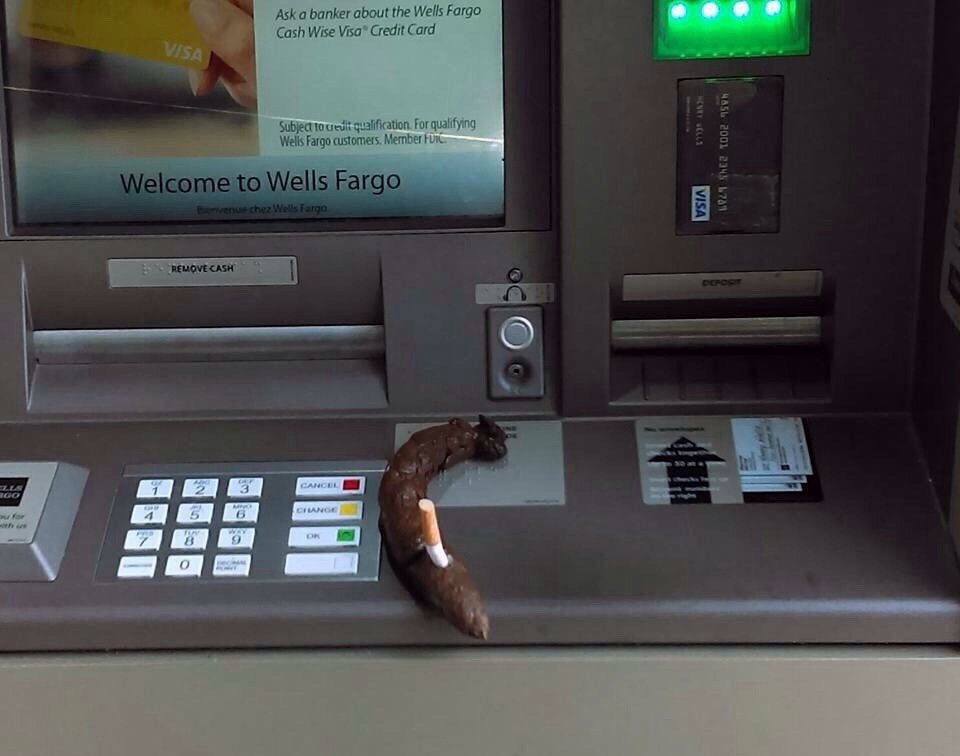