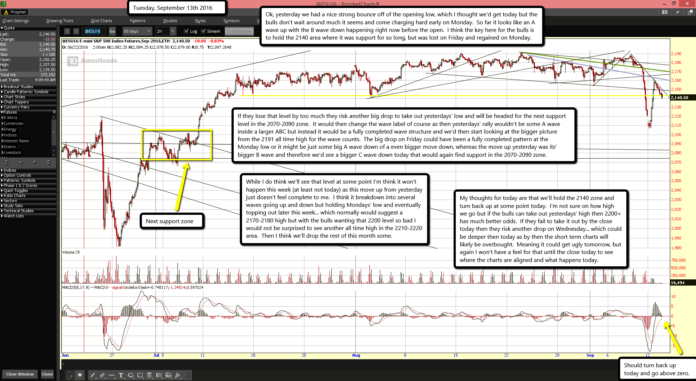 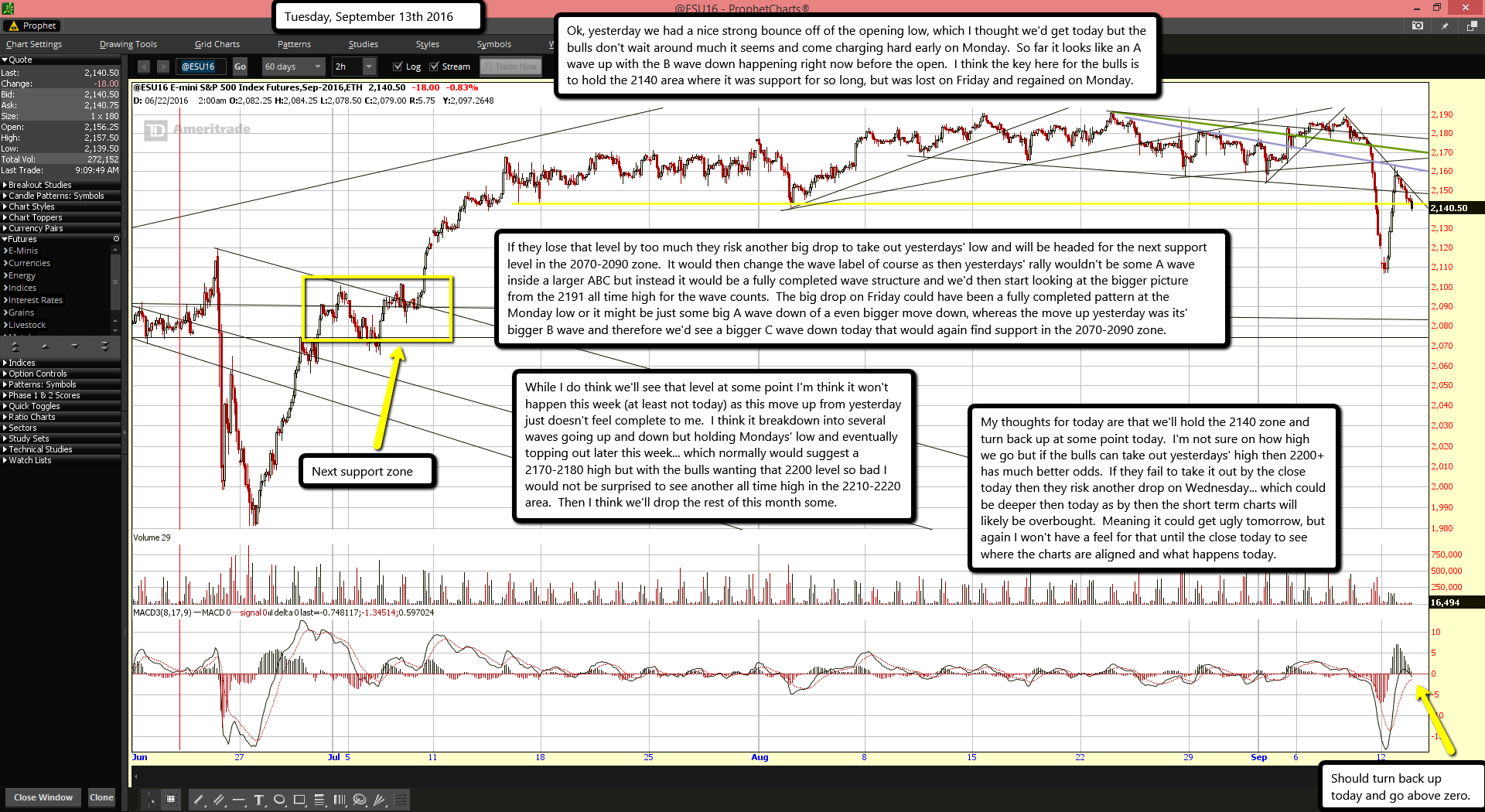 Ok, yesterday we had a nice strong bounce off of the opening low, which I thought we'd get today but the bulls don't wait around much it seems and come charging hard early on Monday.  So far it looks like an A wave up with the B wave down happening right now before the open.  I think the key here for the bulls is to hold the 2140 area where it was support for so long, but was lost on Friday and regained on Monday.

If they lose that level by too much they risk another big drop to take out yesterdays' low and will be headed for the next support level in the 2070-2090 zone.  It would then change the wave label of course as then yesterdays' rally wouldn't be some A wave inside a larger ABC but instead it would be a fully completed wave structure and we'd then start looking at the bigger picture from the 2191 all time high for the wave counts.  The big drop on Friday could have been a fully completed pattern at the Monday low or it might be just some big A wave down of a even bigger move down, whereas the move up yesterday was its' bigger B wave and therefore we'd see a bigger C wave down today that would again find support in the 2070-2090 zone.

While I do think we'll see that level at some point I'm think it won't happen this week (at least not today) as this move up from yesterday just doesn't feel complete to me.  I think it breakdown into several waves going up and down but holding Mondays' low and eventually topping out later this week... which normally would suggest a 2170-2180 high but with the bulls wanting that 2200 level so bad I would not be surprised to see another all time high in the 2210-2220 area.  Then I think we'll drop the rest of this month some.

My thoughts for today are that we'll hold the 2140 zone and turn back up at some point today.  I'm not sure on how high we go but if the bulls can take out yesterdays' high then 2200+ has much better odds.  If they fail to take it out by the close today then they risk another drop on Wednesday... which could be deeper then today as by then the short term charts will likely be overbought.  Meaning it could get ugly tomorrow, but again I won't have a feel for that until the close today to see where the charts are aligned and what happens today.