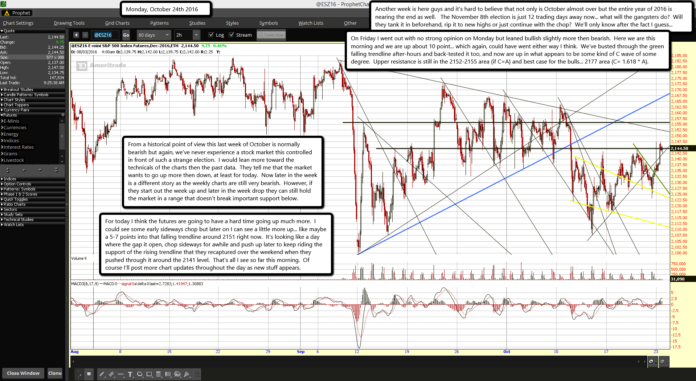 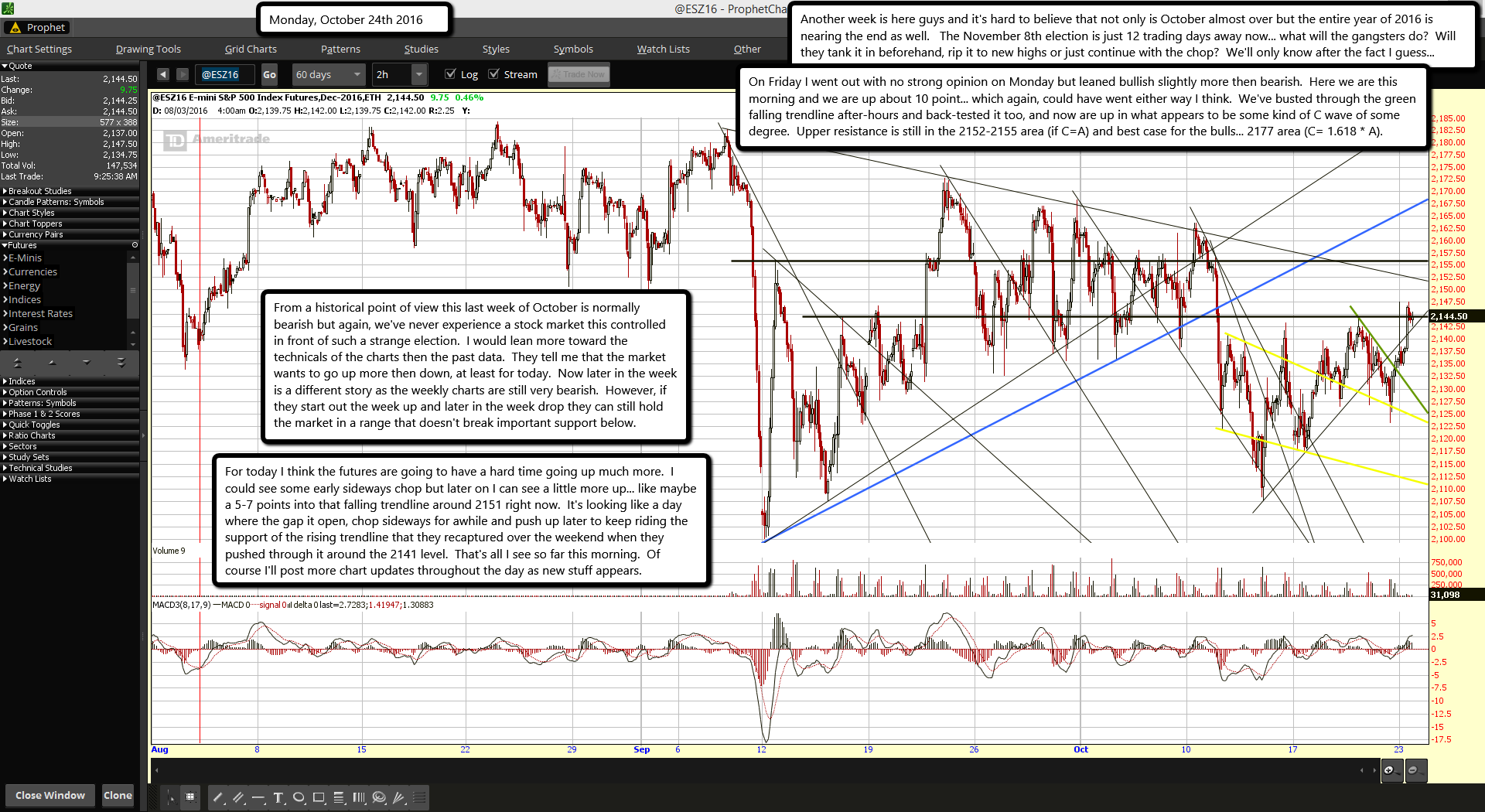 Another week is here guys and it's hard to believe that not only is October almost over but the entire year of 2016 is nearing the end as well.   The November 8th election is just 12 trading days away now... what will the gangsters do?  Will they tank it in beforehand, rip it to new highs or just continue with the chop?  We'll only know after the fact I guess...

On Friday I went out with no strong opinion on Monday but leaned bullish slightly more then bearish.  Here we are this morning and we are up about 10 point... which again, could have went either way I think.  We've busted through the green falling trendline after-hours and back-tested it too, and now are up in what appears to be some kind of C wave of some degree.  Upper resistance is still in the 2152-2155 area (if C=A) and best case for the bulls... 2177 area (C= 1.618 * A).

From a historical point of view this last week of October is normally bearish but again, we've never experience a stock market this controlled in front of such a strange election.  I would lean more toward the technicals of the charts then the past data.  They tell me that the market wants to go up more then down, at least for today.  Now later in the week is a different story as the weekly charts are still very bearish.  However, if they start out the week up and later in the week drop they can still hold the market in a range that doesn't break important support below.

For today I think the futures are going to have a hard time going up much more.  I could see some early sideways chop but later on I can see a little more up... like maybe a 5-7 points into that falling trendline around 2151 right now.  It's looking like a day where the gap it open, chop sideways for awhile and push up later to keep riding the support of the rising trendline that they recaptured over the weekend when they pushed through it around the 2141 level.  That's all I see so far this morning.  Of course I'll post more chart updates throughout the day as new stuff appears.