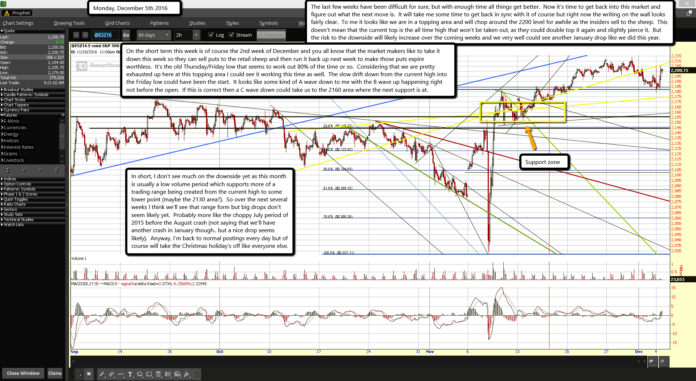 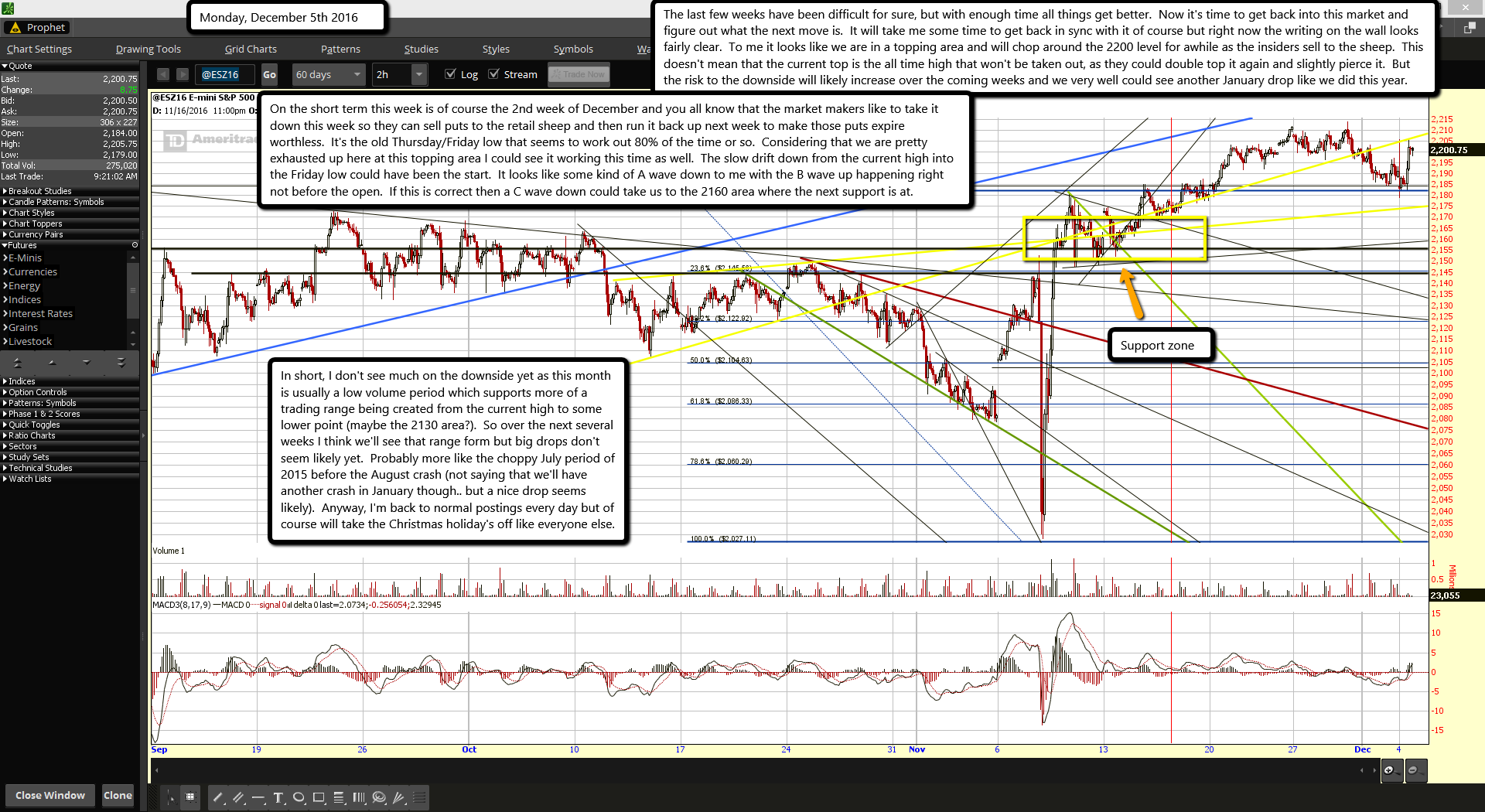 The last few weeks have been difficult for sure, but with enough time all things get better.  Now it's time to get back into this market and figure out what the next move is.  It will take me some time to get back in sync with it of course but right now the writing on the wall looks fairly clear.  To me it looks like we are in a topping area and will chop around the 2200 level for awhile as the insiders sell to the sheep.  This doesn't mean that the current top is the all time high that won't be taken out, as they could double top it again and slightly pierce it.  But the risk to the downside will likely increase over the coming weeks and we very well could see another January drop like we did this year.

On the short term this week is of course the 2nd week of December and you all know that the market makers like to take it down this week so they can sell puts to the retail sheep and then run it back up next week to make those puts expire worthless.  It's the old Thursday/Friday low that seems to work out 80% of the time or so.  Considering that we are pretty exhausted up here at this topping area I could see it working this time as well.  The slow drift down from the current high into the Friday low could have been the start.  It looks like some kind of A wave down to me with the B wave up happening right not before the open.  If this is correct then a C wave down could take us to the 2160 area where the next support is at.

In short, I don't see much on the downside yet as this month is usually a low volume period which supports more of a trading range being created from the current high to some lower point (maybe the 2130 area?).  So over the next several weeks I think we'll see that range form but big drops don't seem likely yet.  Probably more like the choppy July period of 2015 before the August crash (not saying that we'll have another crash in January though.. but a nice drop seems likely).  Anyway, I'm back to normal postings every day but of course will take the Christmas holiday's off like everyone else.