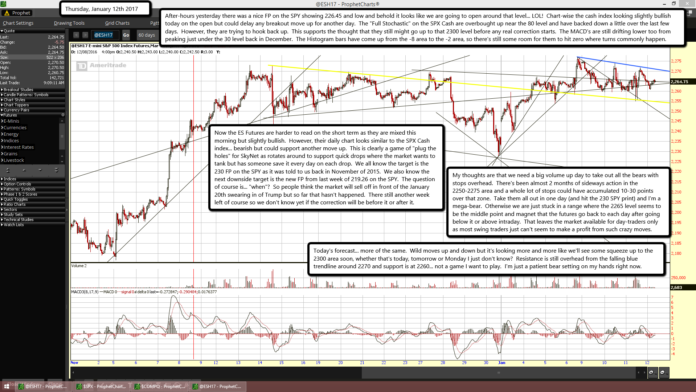 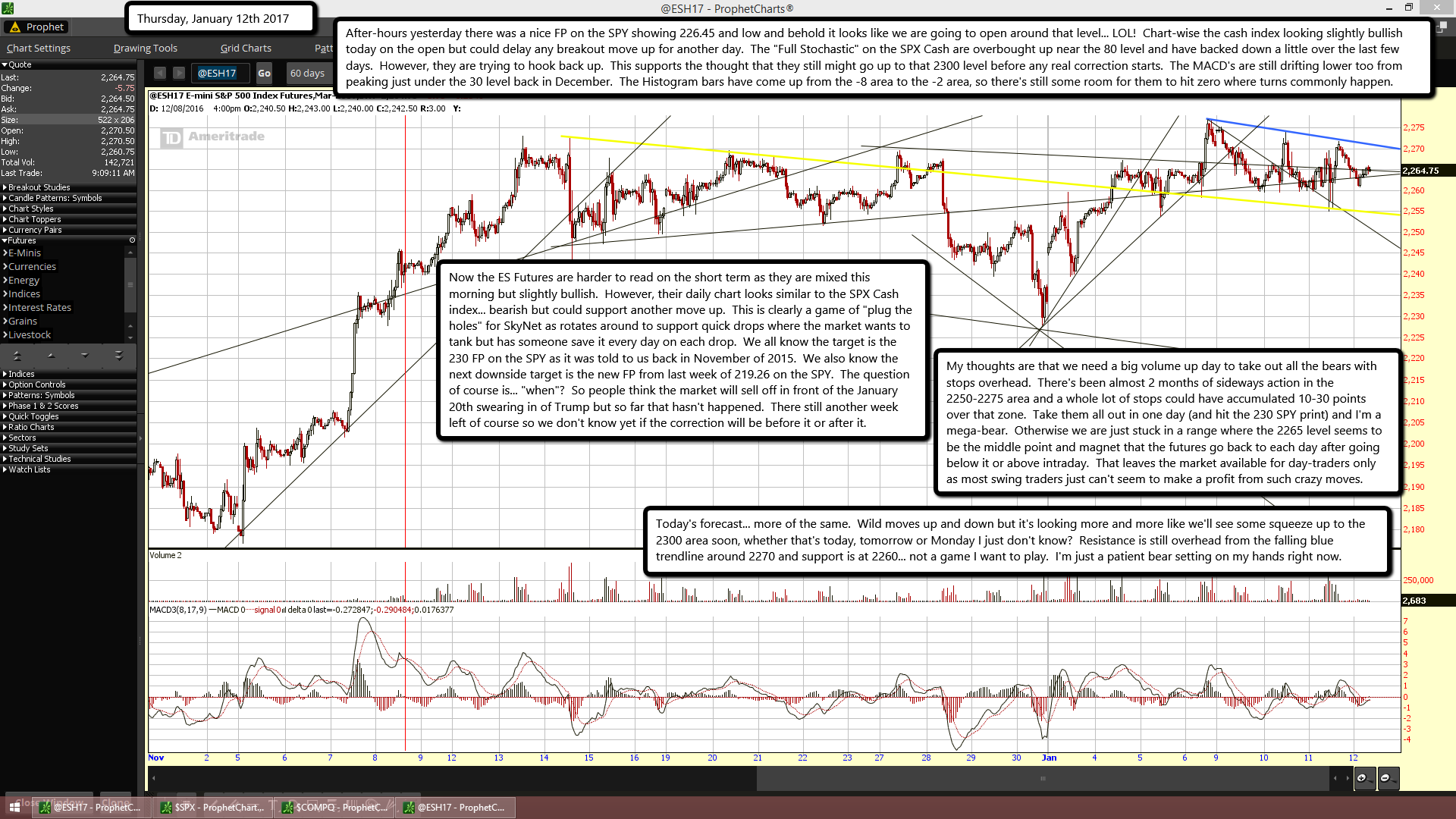 After-hours yesterday there was a nice FP on the SPY showing 226.45 and low and behold it looks like we are going to open around that level... LOL!  Chart-wise the cash index looking slightly bullish today on the open but could delay any breakout move up for another day.  The "Full Stochastic" on the SPX Cash are overbought up near the 80 level and have backed down a little over the last few days.  However, they are trying to hook back up.  This supports the thought that they still might go up to that 2300 level before any real correction starts.  The MACD's are still drifting lower too from peaking just under the 30 level back in December.  The Histogram bars have come up from the -8 area to the -2 area, so there's still some room for them to hit zero where turns commonly happen.

Now the ES Futures are harder to read on the short term as they are mixed this morning but slightly bullish.  However, their daily chart looks similar to the SPX Cash index... bearish but could support another move up.  This is clearly a game of "plug the holes" for SkyNet as rotates around to support quick drops where the market wants to tank but has someone save it every day on each drop.  We all know the target is the 230 FP on the SPY as it was told to us back in November of 2015.  We also know the next downside target is the new FP from last week of 219.26 on the SPY.  The question of course is... "when"?  So people think the market will sell off in front of the January 20th swearing in of Trump but so far that hasn't happened.  There still another week left of course so we don't know yet if the correction will be before it or after it.

My thoughts are that we need a big volume up day to take out all the bears with stops overhead.  There's been almost 2 months of sideways action in the 2250-2275 area and a whole lot of stops could have accumulated 10-30 points over that zone.  Take them all out in one day (and hit the 230 SPY print) and I'm a mega-bear.  Otherwise we are just stuck in a range where the 2265 level seems to be the middle point and magnet that the futures go back to each day after going below it or above intraday.  That leaves the market available for day-traders only as most swing traders just can't seem to make a profit from such crazy moves.

Today's forecast... more of the same.  Wild moves up and down but it's looking more and more like we'll see some squeeze up to the 2300 area soon, whether that's today, tomorrow or Monday I just don't know?  Resistance is still overhead from the falling blue trendline around 2270 and support is at 2260... not a game I want to play.  I'm just a patient bear setting on my hands right now.