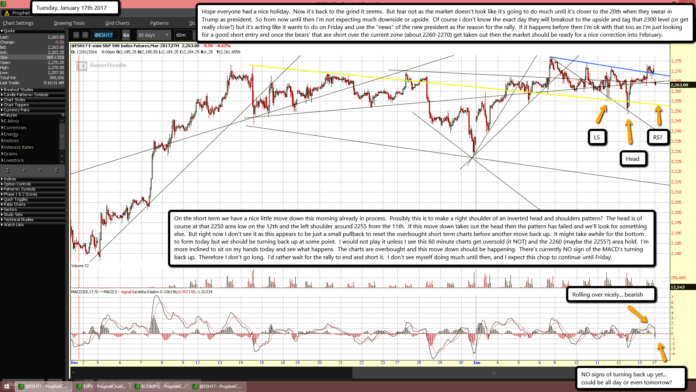 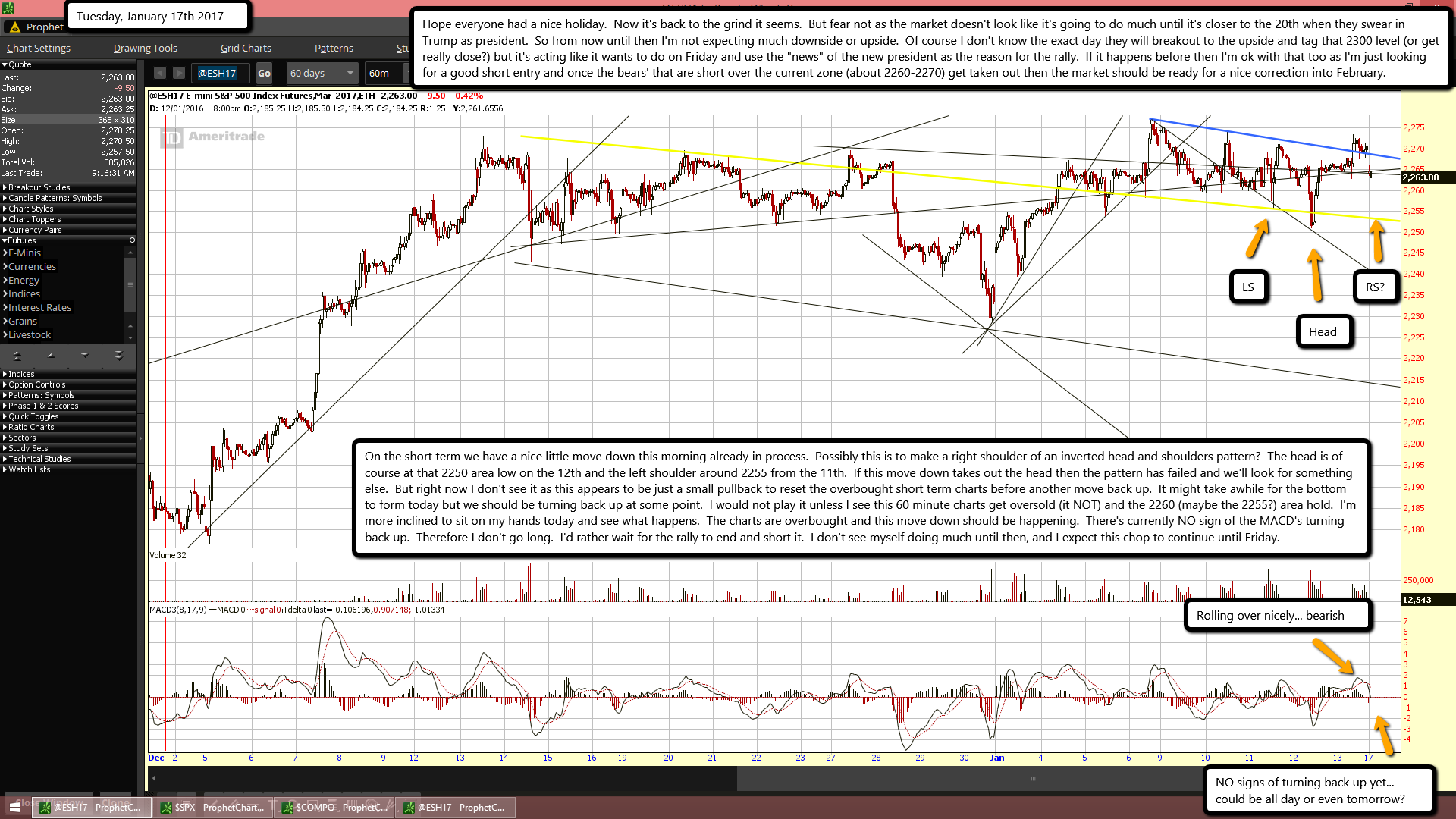 Hope everyone had a nice holiday.  Now it's back to the grind it seems.  But fear not as the market doesn't look like it's going to do much until it's closer to the 20th when they swear in Trump as president.  So from now until then I'm not expecting much downside or upside.  Of course I don't know the exact day they will breakout to the upside and tag that 2300 level (or get really close?) but it's acting like it wants to do on Friday and use the "news" of the new president as the reason for the rally.  If it happens before then I'm ok with that too as I'm just looking for a good short entry and once the bears' that are short over the current zone (about 2260-2270) get taken out then the market should be ready for a nice correction into February.

On the short term we have a nice little move down this morning already in process.  Possibly this is to make a right shoulder of an inverted head and shoulders pattern?  The head is of course at that 2250 area low on the 12th and the left shoulder around 2255 from the 11th.  If this move down takes out the head then the pattern has failed and we'll look for something else.  But right now I don't see it as this appears to be just a small pullback to reset the overbought short term charts before another move back up.  It might take awhile for the bottom to form today but we should be turning back up at some point.  I would not play it unless I see this 60 minute charts get oversold (it NOT) and the 2260 (maybe the 2255?) area hold.  I'm more inclined to sit on my hands today and see what happens.  The charts are overbought and this move down should be happening.  There's currently NO sign of the MACD's turning back up.  Therefore I don't go long.  I'd rather wait for the rally to end and short it.  I don't see myself doing much until then, and I expect this chop to continue until Friday.