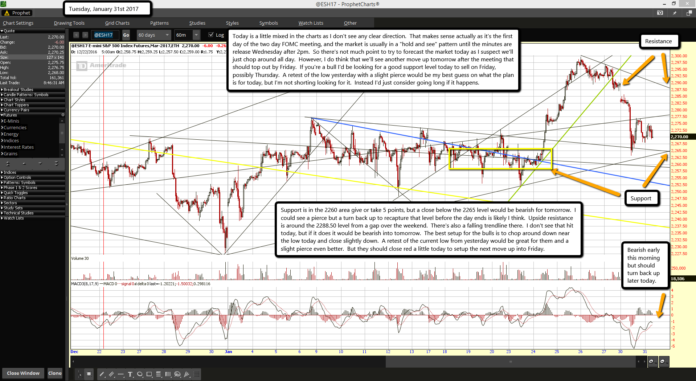 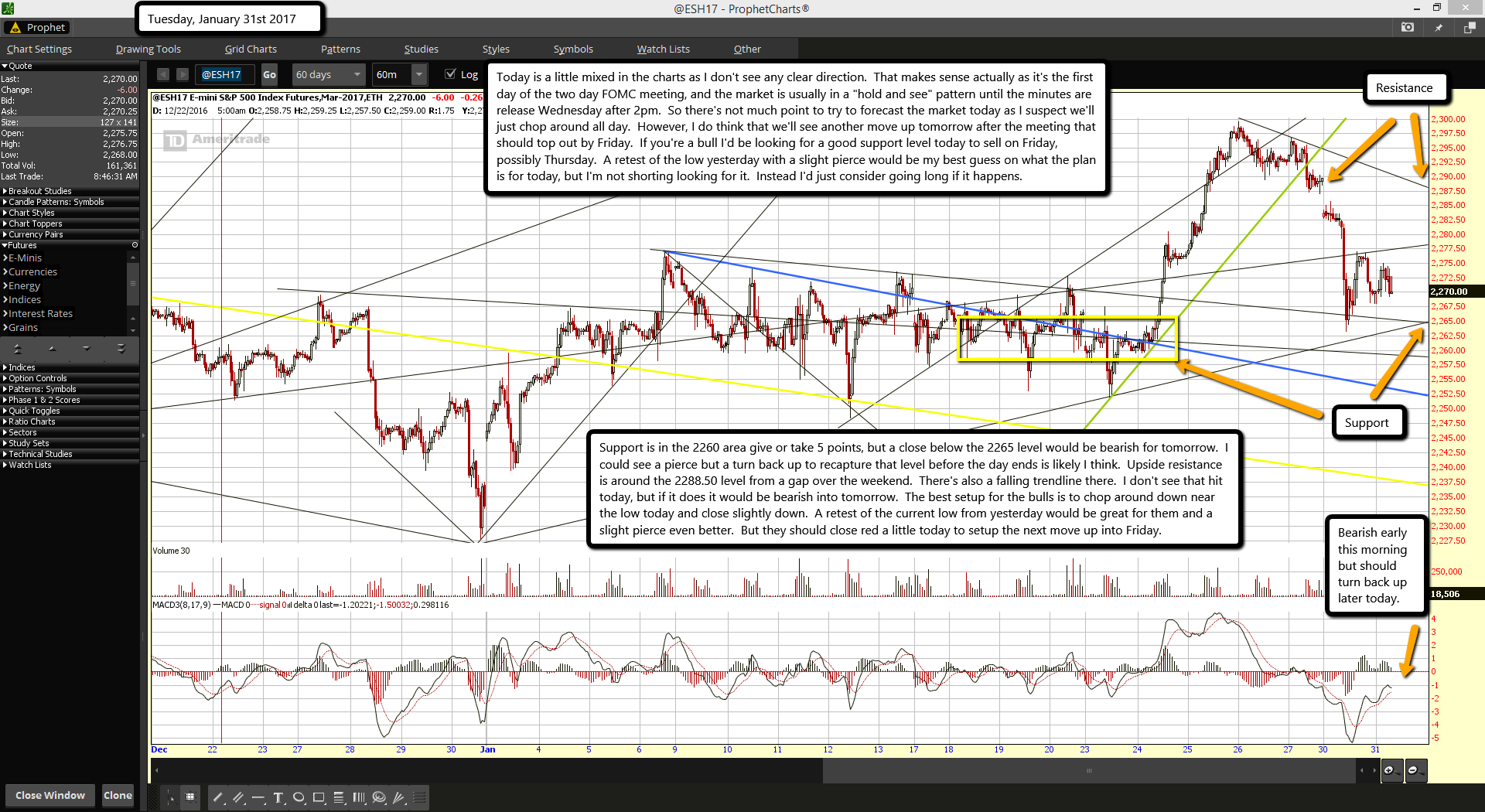 Today is a little mixed in the charts as I don't see any clear direction. That makes sense actually as it's the first day of the two day FOMC meeting, and the market is usually in a "hold and see" pattern until the minutes are release Wednesday after 2pm. So there's not much point to try to forecast the market today as I suspect we'll just chop around all day. However, I do think that we'll see another move up tomorrow after the meeting that should top out by Friday. If you're a bull I'd be looking for a good support level today to sell on Friday, possibly Thursday. A retest of the low yesterday with a slight pierce would be my best guess on what the plan is for today, but I'm not shorting looking for it. Instead I'd just consider going long if it happens.

Support is in the 2260 area give or take 5 points, but a close below the 2265 level would be bearish for tomorrow. I could see a pierce but a turn back up to recapture that level before the day ends is likely I think. Upside resistance is around the 2288.50 level from a gap over the weekend. There's also a falling trendline there. I don't see that hit today, but if it does it would be bearish into tomorrow. The best setup for the bulls is to chop around down near the low today and close slightly down. A retest of the current low from yesterday would be great for them and a slight pierce even better. But they should close red a little today to setup the next move up into Friday.