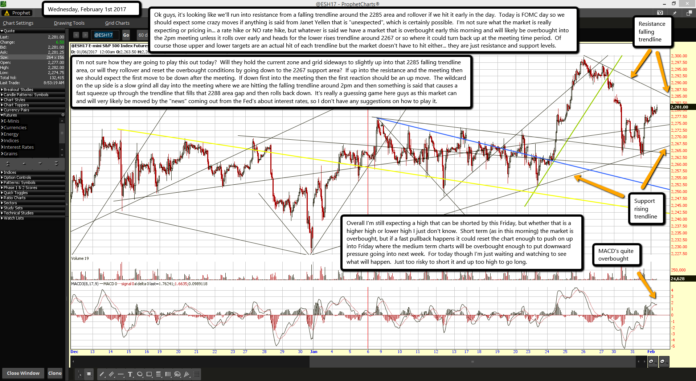 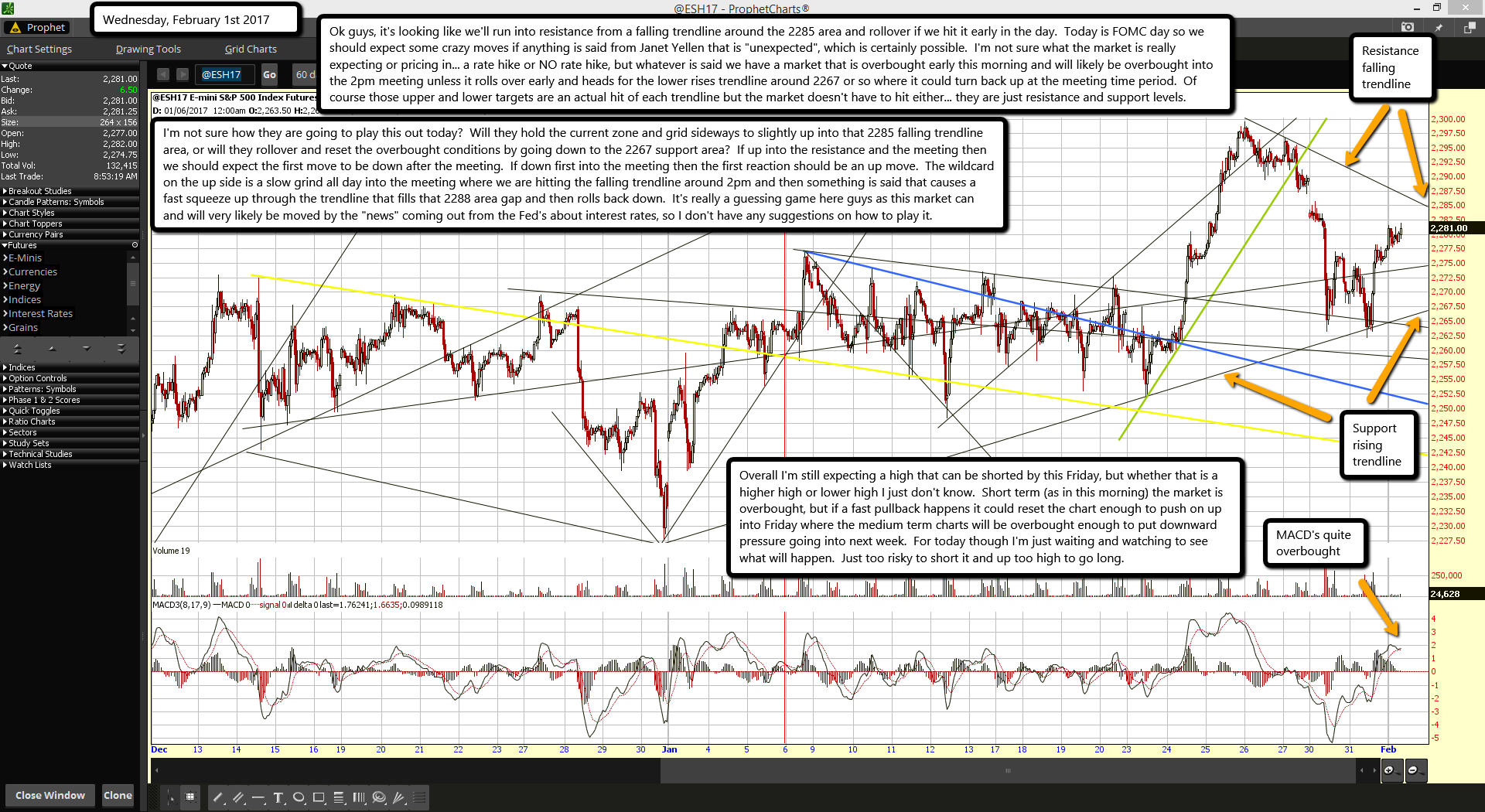 Ok guys, it's looking like we'll run into resistance from a falling trendline around the 2285 area and rollover if we hit it early in the day.  Today is FOMC day so we should expect some crazy moves if anything is said from Janet Yellen that is "unexpected", which is certainly possible.  I'm not sure what the market is really expecting or pricing in... a rate hike or NO rate hike, but whatever is said we have a market that is overbought early this morning and will likely be overbought into the 2pm meeting unless it rolls over early and heads for the lower rises trendline around 2267 or so where it could turn back up at the meeting time period.  Of course those upper and lower targets are an actual hit of each trendline but the market doesn't have to hit either... they are just resistance and support levels.

I'm not sure how they are going to play this out today?  Will they hold the current zone and grid sideways to slightly up into that 2285 falling trendline area, or will they rollover and reset the overbought conditions by going down to the 2267 support area?  If up into the resistance and the meeting then we should expect the first move to be down after the meeting.  If down first into the meeting then the first reaction should be an up move.  The wildcard on the up side is a slow grind all day into the meeting where we are hitting the falling trendline around 2pm and then something is said that causes a fast squeeze up through the trendline that fills that 2288 area gap and then rolls back down.  It's really a guessing game here guys as this market can and will very likely be moved by the "news" coming out from the Fed's about interest rates, so I don't have any suggestions on how to play it.

Overall I'm still expecting a high that can be shorted by this Friday, but whether that is a higher high or lower high I just don't know.  Short term (as in this morning) the market is overbought, but if a fast pullback happens it could reset the chart enough to push on up into Friday where the medium term charts will be overbought enough to put downward pressure going into next week.  For today though I'm just waiting and watching to see what will happen.  Just too risky to short it and up too high to go long.