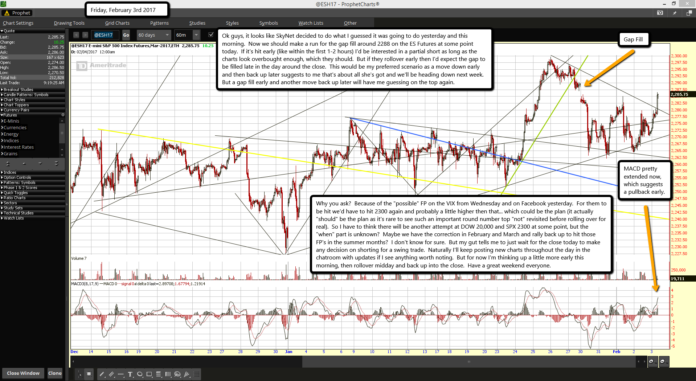 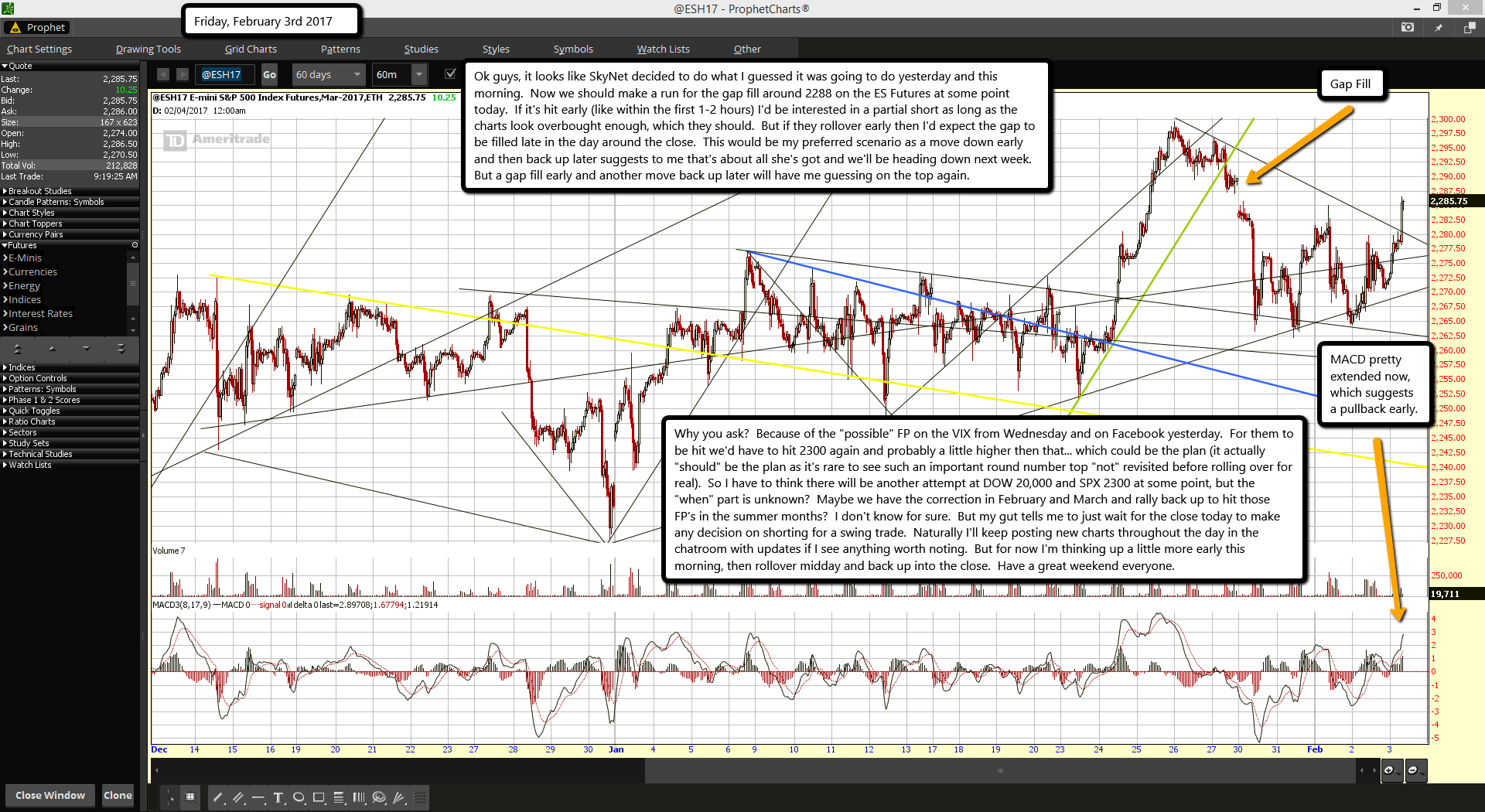 Ok guys, it looks like SkyNet decided to do what I guessed it was going to do yesterday and this morning.  Now we should make a run for the gap fill around 2288 on the ES Futures at some point today.  If it's hit early (like within the first 1-2 hours) I'd be interested in a partial short as long as the charts look overbought enough, which they should.  But if they rollover early then I'd expect the gap to be filled late in the day around the close.  This would be my preferred scenario as a move down early and then back up later suggests to me that's about all she's got and we'll be heading down next week.  But a gap fill early and another move back up later will have me guessing on the top again.

Why you ask?  Because of the "possible" FP on the VIX from Wednesday and on Facebook yesterday.  For them to be hit we'd have to hit 2300 again and probably a little higher then that... which could be the plan (it actually "should" be the plan as it's rare to see such an important round number top "not" revisited before rolling over for real).  So I have to think there will be another attempt at DOW 20,000 and SPX 2300 at some point, but the "when" part is unknown?  Maybe we have the correction in February and March and rally back up to hit those FP's in the summer months?  I don't know for sure.  But my gut tells me to just wait for the close today to make any decision on shorting for a swing trade.  Naturally I'll keep posting new charts throughout the day in the chatroom with updates if I see anything worth noting.  But for now I'm thinking up a little more early this morning, then rollover midday and back up into the close.  Have a great weekend everyone.