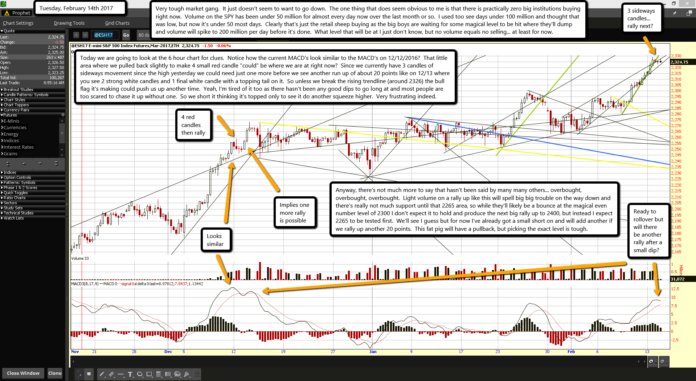 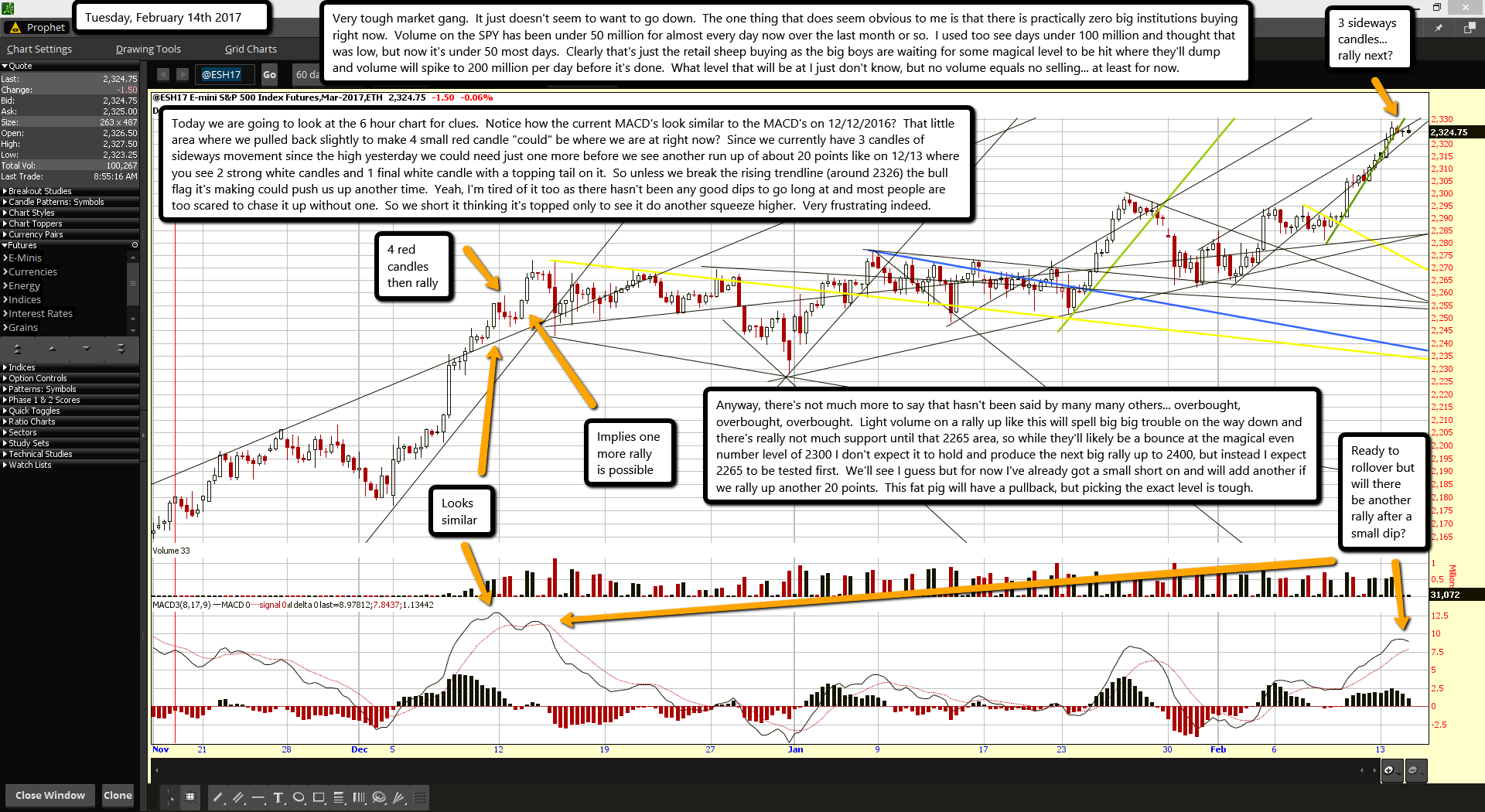 Very tough market gang.  It just doesn't seem to want to go down.  The one thing that does seem obvious to me is that there is practically zero big institutions buying right now.  Volume on the SPY has been under 50 million for almost every day now over the last month or so.  I used too see days under 100 million and thought that was low, but now it's under 50 most days.  Clearly that's just the retail sheep buying as the big boys are waiting for some magical level to be hit where they'll dump and volume will spike to 200 million per day before it's done.  What level that will be at I just don't know, but no volume equals no selling... at least for now.

Today we are going to look at the 6 hour chart for clues.  Notice how the current MACD's look similar to the MACD's on 12/12/2016?  That little area where we pulled back slightly to make 4 small red candle "could" be where we are at right now?  Since we currently have 3 candles of sideways movement since the high yesterday we could need just one more before we see another run up of about 20 points like on 12/13 where you see 2 strong white candles and 1 final white candle with a topping tail on it.  So unless we break the rising trendline (around 2326) the bull flag it's making could push us up another time.  Yeah, I'm tired of it too as there hasn't been any good dips to go long at and most people are too scared to chase it up without one.  So we short it thinking it's topped only to see it do another squeeze higher.  Very frustrating indeed.

Anyway, there's not much more to say that hasn't been said by many many others... overbought, overbought, overbought.  Light volume on a rally up like this will spell big big trouble on the way down and there's really not much support until that 2265 area, so while they'll likely be a bounce at the magical even number level of 2300 I don't expect it to hold and produce the next big rally up to 2400, but instead I expect 2265 to be tested first.  We'll see I guess but for now I've already got a small short on and will add another if we rally up another 20 points.  This fat pig will have a pullback, but picking the exact level is tough.