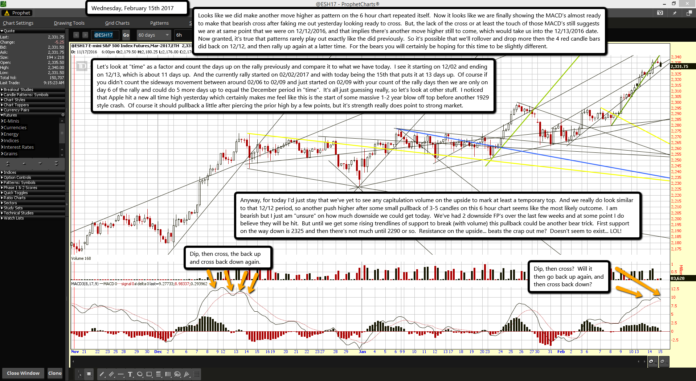 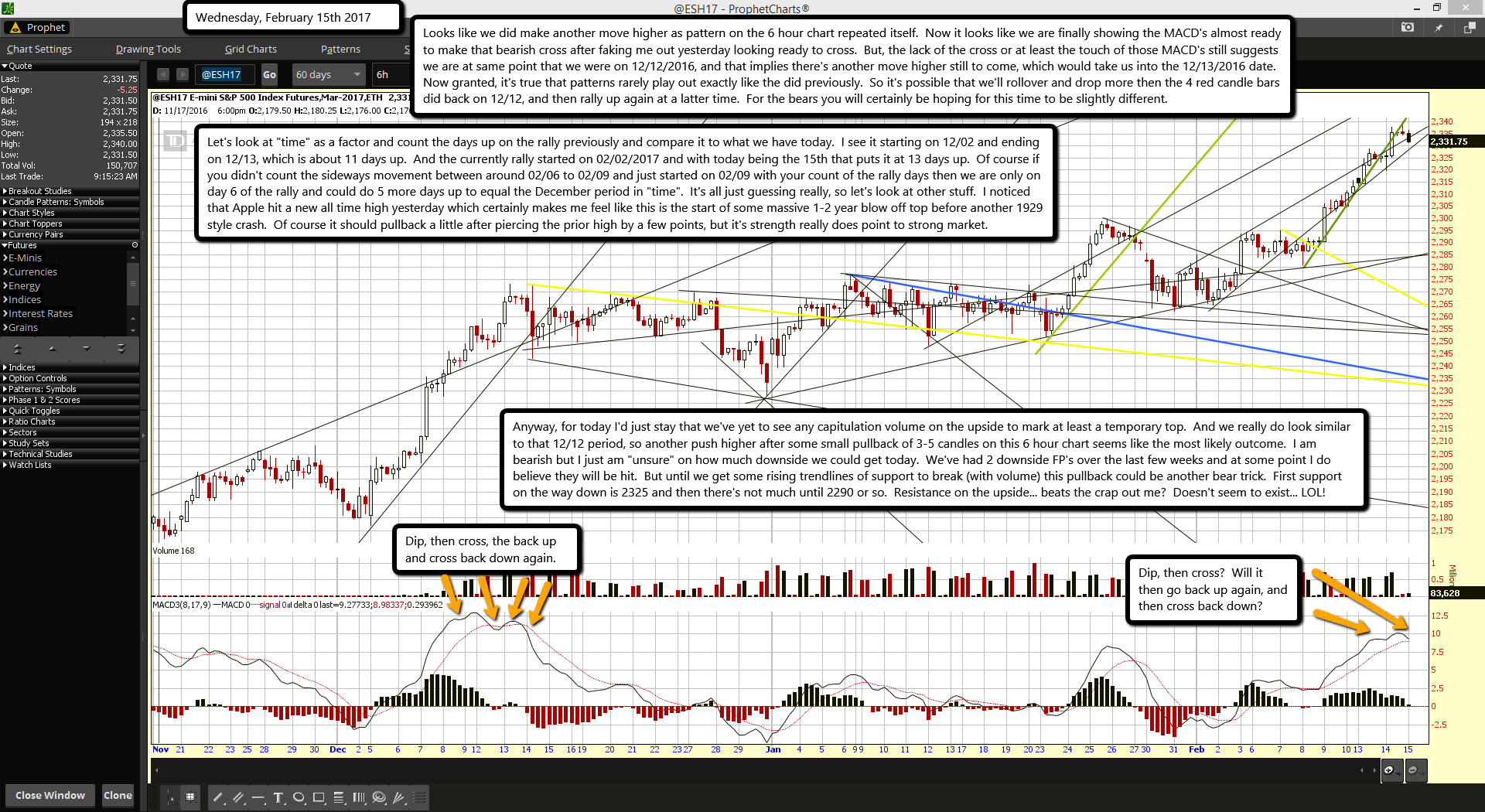 Looks like we did make another move higher as pattern on the 6 hour chart repeated itself.  Now it looks like we are finally showing the MACD's almost ready to make that bearish cross after faking me out yesterday looking ready to cross.  But, the lack of the cross or at least the touch of those MACD's still suggests we are at same point that we were on 12/12/2016, and that implies there's another move higher still to come, which would take us into the 12/13/2016 date.  Now granted, it's true that patterns rarely play out exactly like the did previously.  So it's possible that we'll rollover and drop more then the 4 red candle bars did back on 12/12, and then rally up again at a latter time.  For the bears you will certainly be hoping for this time to be slightly different.

Let's look at "time" as a factor and count the days up on the rally previously and compare it to what we have today.  I see it starting on 12/02 and ending on 12/13, which is about 11 days up.  And the currently rally started on 02/02/2017 and with today being the 15th that puts it at 13 days up.  Of course if you didn't count the sideways movement between around 02/06 to 02/09 and just started on 02/09 with your count of the rally days then we are only on day 6 of the rally and could do 5 more days up to equal the December period in "time".  It's all just guessing really, so let's look at other stuff.  I noticed that Apple hit a new all time high yesterday which certainly makes me feel like this is the start of some massive 1-2 year blow off top before another 1929 style crash.  Of course it should pullback a little after piercing the prior high by a few points, but it's strength really does point to strong market.

Anyway, for today I'd just stay that we've yet to see any capitulation volume on the upside to mark at least a temporary top.  And we really do look similar to that 12/12 period, so another push higher after some small pullback of 3-5 candles on this 6 hour chart seems like the most likely outcome.  I am bearish but I just am "unsure" on how much downside we could get today.  We've had 2 downside FP's over the last few weeks and at some point I do believe they will be hit.  But until we get some rising trendlines of support to break (with volume) this pullback could be another bear trick.  First support on the way down is 2325 and then there's not much until 2290 or so.  Resistance on the upside... beats the crap out me?  Doesn't seem to exist... LOL!