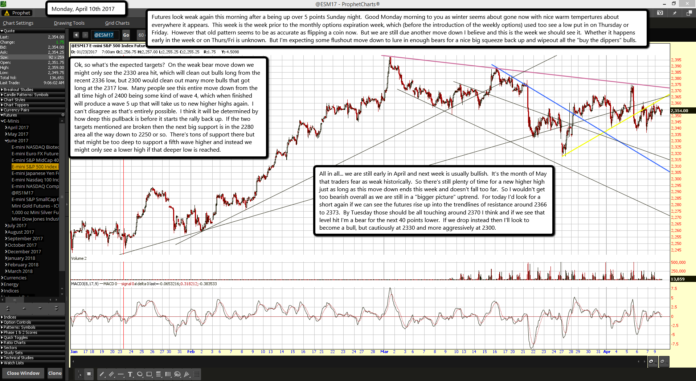 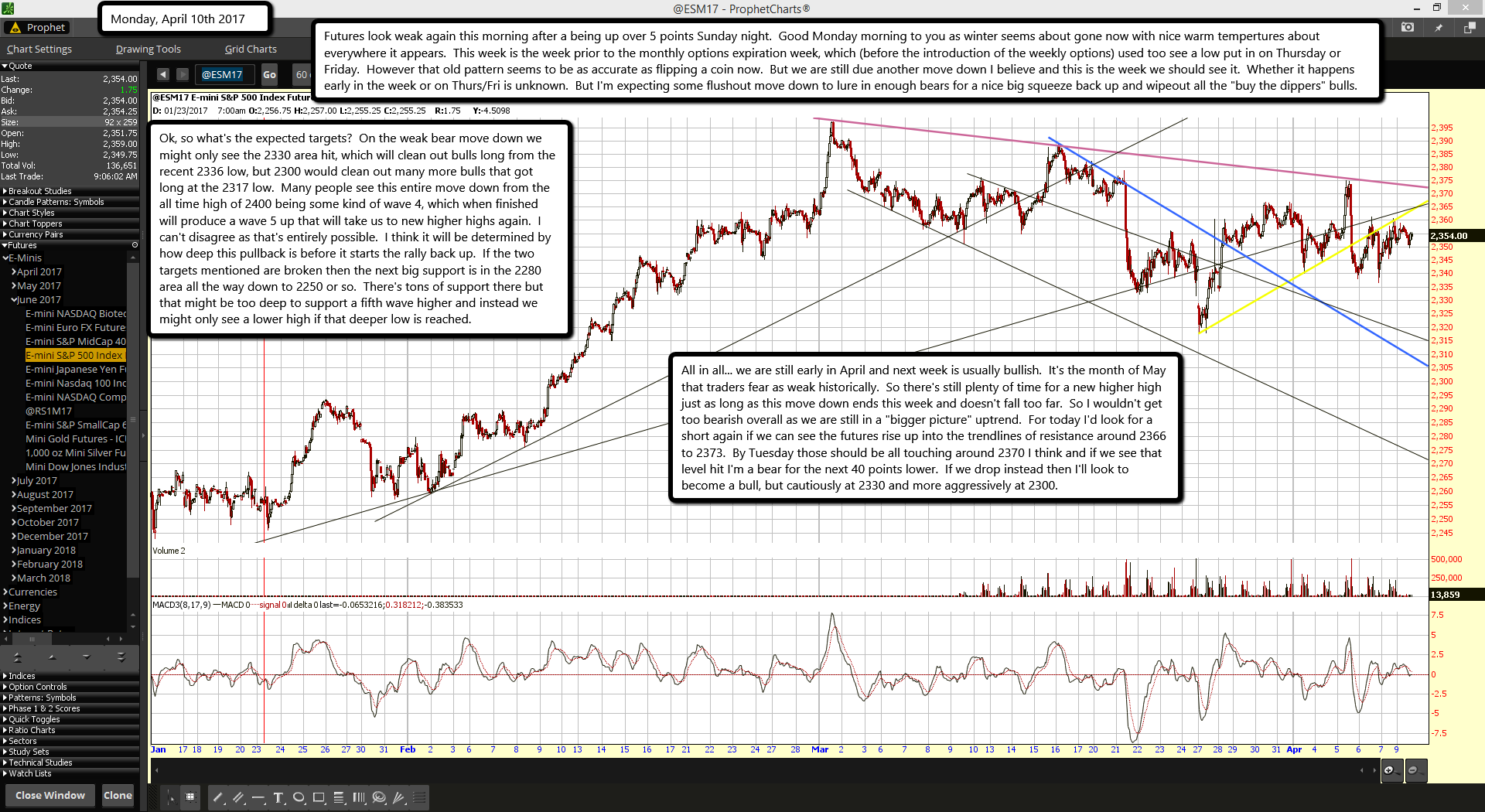 Futures look weak again this morning after a being up over 5 points Sunday night.  Good Monday morning to you as winter seems about gone now with nice warm temperatures about everywhere it appears.  This week is the week prior to the monthly options expiration week, which (before the introduction of the weekly options) used too see a low put in on Thursday or Friday.  However that old pattern seems to be as accurate as flipping a coin now.  But we are still due another move down I believe and this is the week we should see it.  Whether it happens early in the week or on Thurs/Fri is unknown.  But I'm expecting some flushout move down to lure in enough bears for a nice big squeeze back up and wipeout all the "buy the dippers" bulls.

Ok, so what's the expected targets?  On the weak bear move down we might only see the 2330 area hit, which will clean out bulls long from the recent 2336 low, but 2300 would clean out many more bulls that got long at the 2317 low.  Many people see this entire move down from the all time high of 2400 being some kind of wave 4, which when finished will produce a wave 5 up that will take us to new higher highs again.  I can't disagree as that's entirely possible.  I think it will be determined by how deep this pullback is before it starts the rally back up.  If the two targets mentioned are broken then the next big support is in the 2280 area all the way down to 2250 or so.  There's tons of support there but that might be too deep to support a fifth wave higher and instead we might only see a lower high if that deeper low is reached.

All in all... we are still early in April and next week is usually bullish.  It's the month of May that traders fear as weak historically.  So there's still plenty of time for a new higher high just as long as this move down ends this week and doesn't fall too far.  So I wouldn't get too bearish overall as we are still in a "bigger picture" uptrend.  For today I'd look for a short again if we can see the futures rise up into the trendlines of resistance around 2366 to 2373.  By Tuesday those should be all touching around 2370 I think and if we see that level hit I'm a bear for the next 40 points lower.  If we drop instead then I'll look to become a bull, but cautiously at 2330 and more aggressively at 2300.