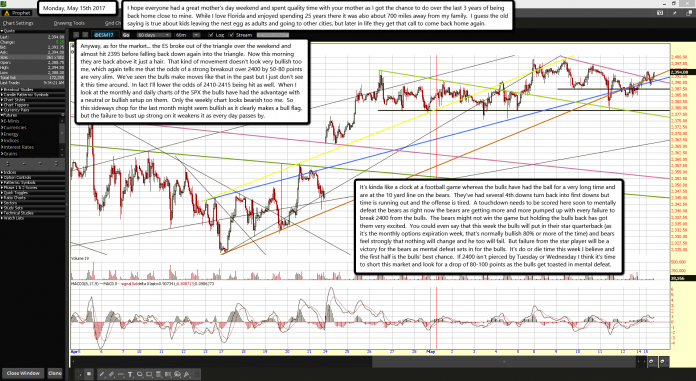 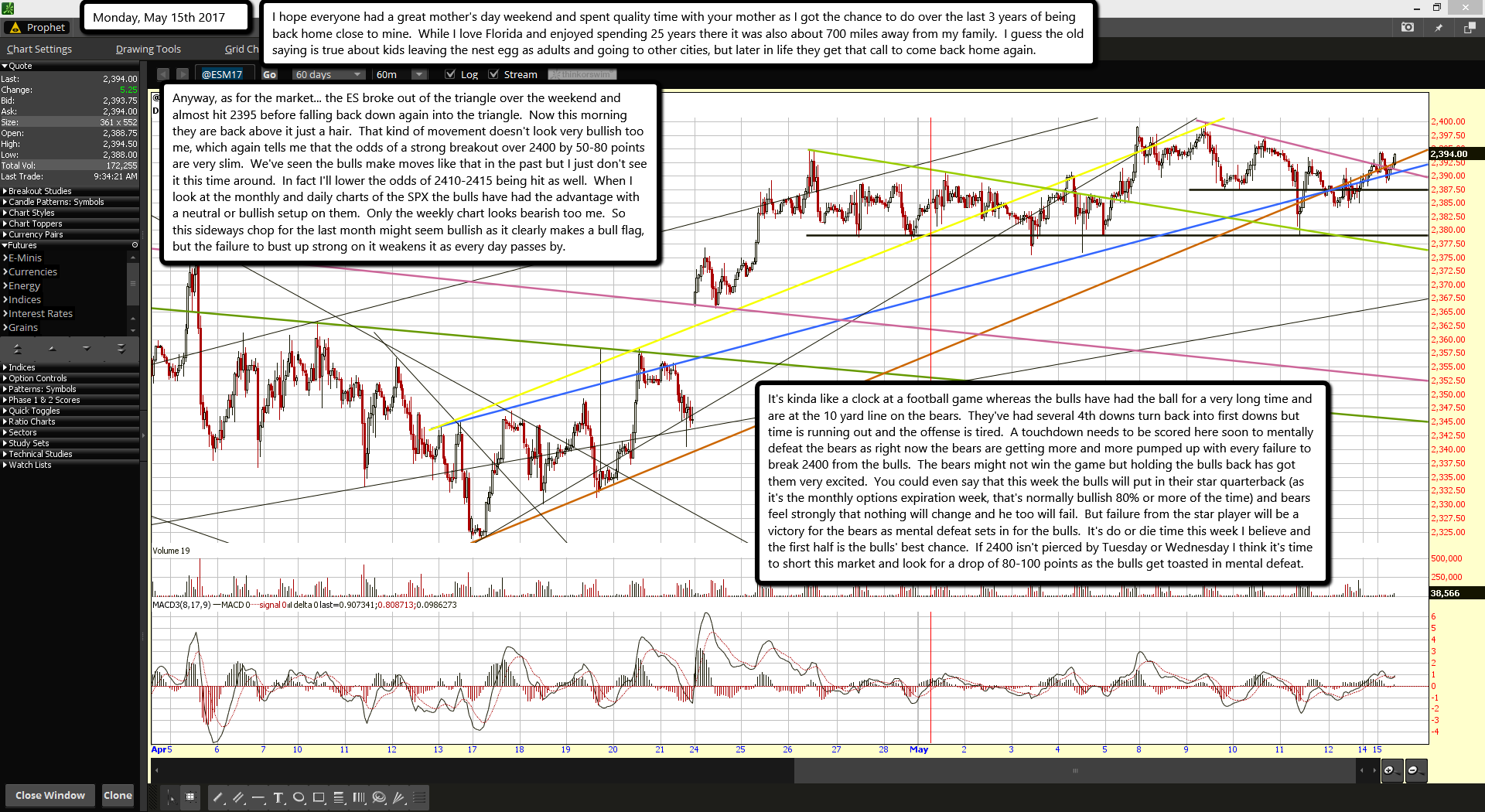 I hope everyone had a great mother's day weekend and spent quality time with your mother as I got the chance to do over the last 3 years of being back home close to mine.  While I love Florida and enjoyed spending 25 years there it was also about 700 miles away from my family.  I guess the old saying is true about kids leaving the nest egg as adults and going to other cities, but later in life they get that call to come back home again.

Anyway, as for the market... the ES broke out of the triangle over the weekend and almost hit 2395 before falling back down again into the triangle.  Now this morning they are back above it just a hair.  That kind of movement doesn't look very bullish too me, which again tells me that the odds of a strong breakout over 2400 by 50-80 points are very slim.  We've seen the bulls make moves like that in the past but I just don't see it this time around.  In fact I'll lower the odds of 2410-2415 being hit as well.  When I look at the monthly and daily charts of the SPX the bulls have had the advantage with a neutral or bullish setup on them.  Only the weekly chart looks bearish too me.  So this sideways chop for the last month might seem bullish as it clearly makes a bull flag, but the failure to bust up strong on it weakens it as every day passes by.

It's kinda like a clock at a football game whereas the bulls have had the ball for a very long time and are at the 10 yard line on the bears.  They've had several 4th downs turn back into first downs but time is running out and the offense is tired.  A touchdown needs to be scored here soon to mentally defeat the bears as right now the bears are getting more and more pumped up with every failure to break 2400 from the bulls.  The bears might not win the game but holding the bulls back has got them very excited.  You could even say that this week the bulls will put in their star quarterback (as it's the monthly options expiration week, that's normally bullish 80% or more of the time) and bears feel strongly that nothing will change and he too will fail.  But failure from the star player will be a victory for the bears as mental defeat sets in for the bulls.  It's do or die time this week I believe and the first half is the bulls' best chance.  If 2400 isn't pierced by Tuesday or Wednesday I think it's time to short this market and look for a drop of 80-100 points as the bulls get toasted in mental defeat.