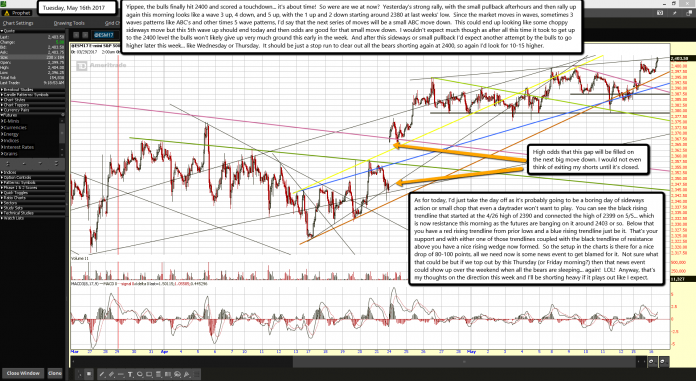 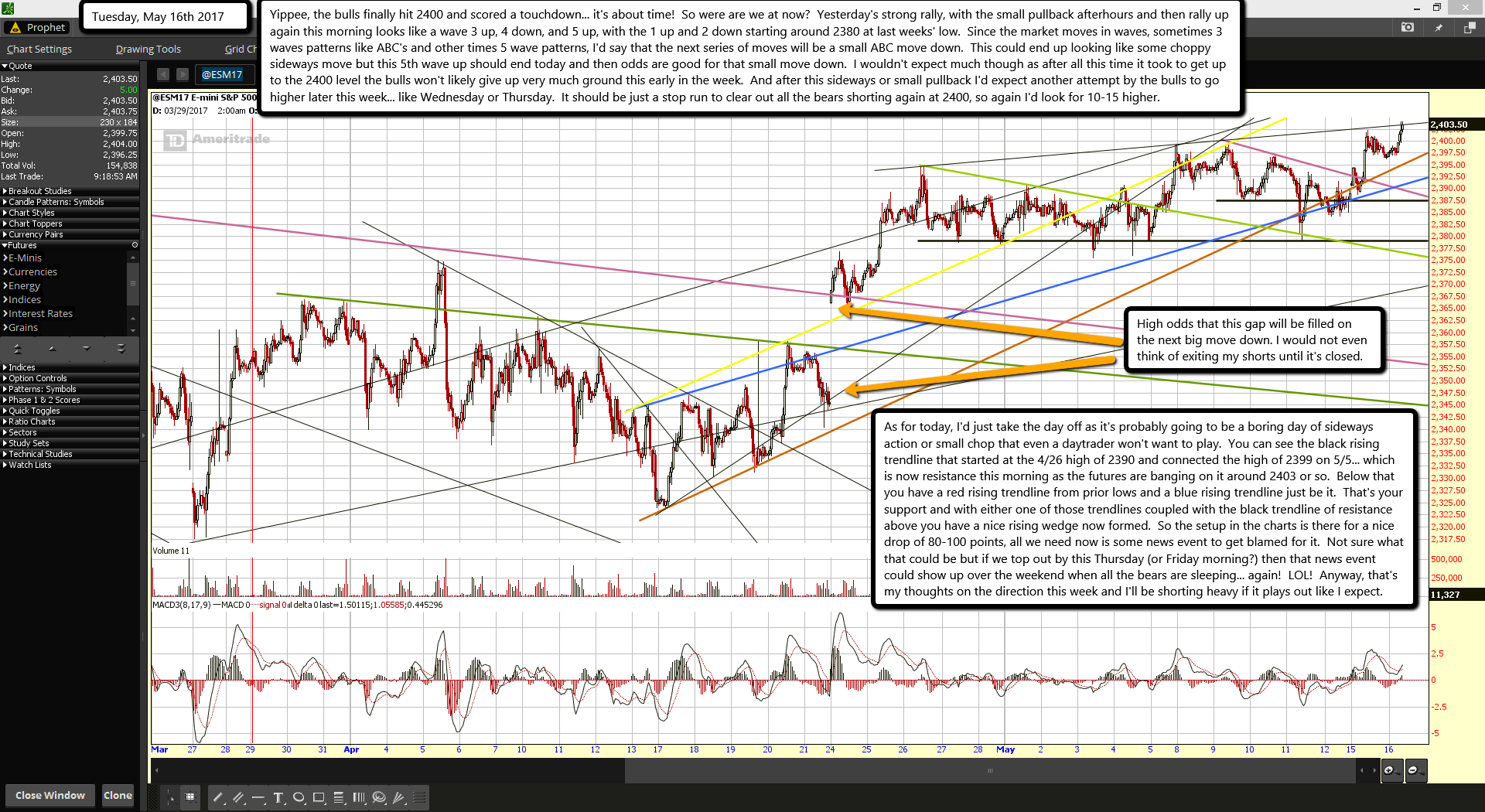 Yippee, the bulls finally hit 2400 and scored a touchdown... it's about time!  So were are we at now?  Yesterday's strong rally, with the small pullback afterhours and then rally up again this morning looks like a wave 3 up, 4 down, and 5 up, with the 1 up and 2 down starting around 2380 at last weeks' low.  Since the market moves in waves, sometimes 3 waves patterns like ABC's and other times 5 wave patterns, I'd say that the next series of moves will be a small ABC move down.  This could end up looking like some choppy sideways move but this 5th wave up should end today and then odds are good for that small move down.  I wouldn't expect much though as after all this time it took to get up to the 2400 level the bulls won't likely give up very much ground this early in the week.  And after this sideways or small pullback I'd expect another attempt by the bulls to go higher later this week... like Wednesday or Thursday.  It should be just a stop run to clear out all the bears shorting again at 2400, so again I'd look for 10-15 higher.

As for today, I'd just take the day off as it's probably going to be a boring day of sideways action or small chop that even a daytrader won't want to play.  You can see the black rising trendline that started at the 4/26 high of 2390 and connected the high of 2399 on 5/5... which is now resistance this morning as the futures are banging on it around 2403 or so.  Below that you have a red rising trendline from prior lows and a blue rising trendline just be it.  That's your support and with either one of those trendlines coupled with the black trendline of resistance above you have a nice rising wedge now formed.  So the setup in the charts is there for a nice drop of 80-100 points, all we need now is some news event to get blamed for it.  Not sure what that could be but if we top out by this Thursday (or Friday morning?) then that news event could show up over the weekend when all the bears are sleeping... again!  LOL!  Anyway, that's my thoughts on the direction this week and I'll be shorting heavy if it plays out like I expect.