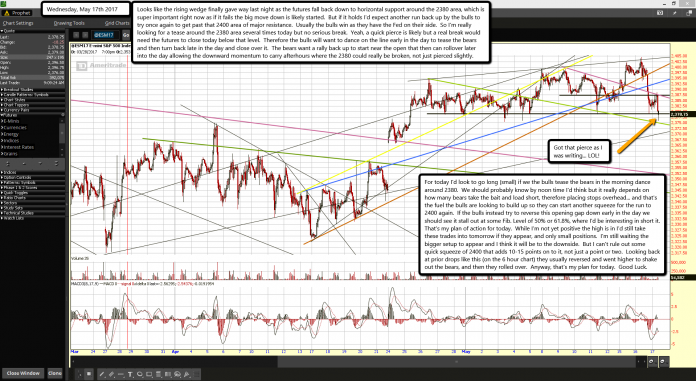 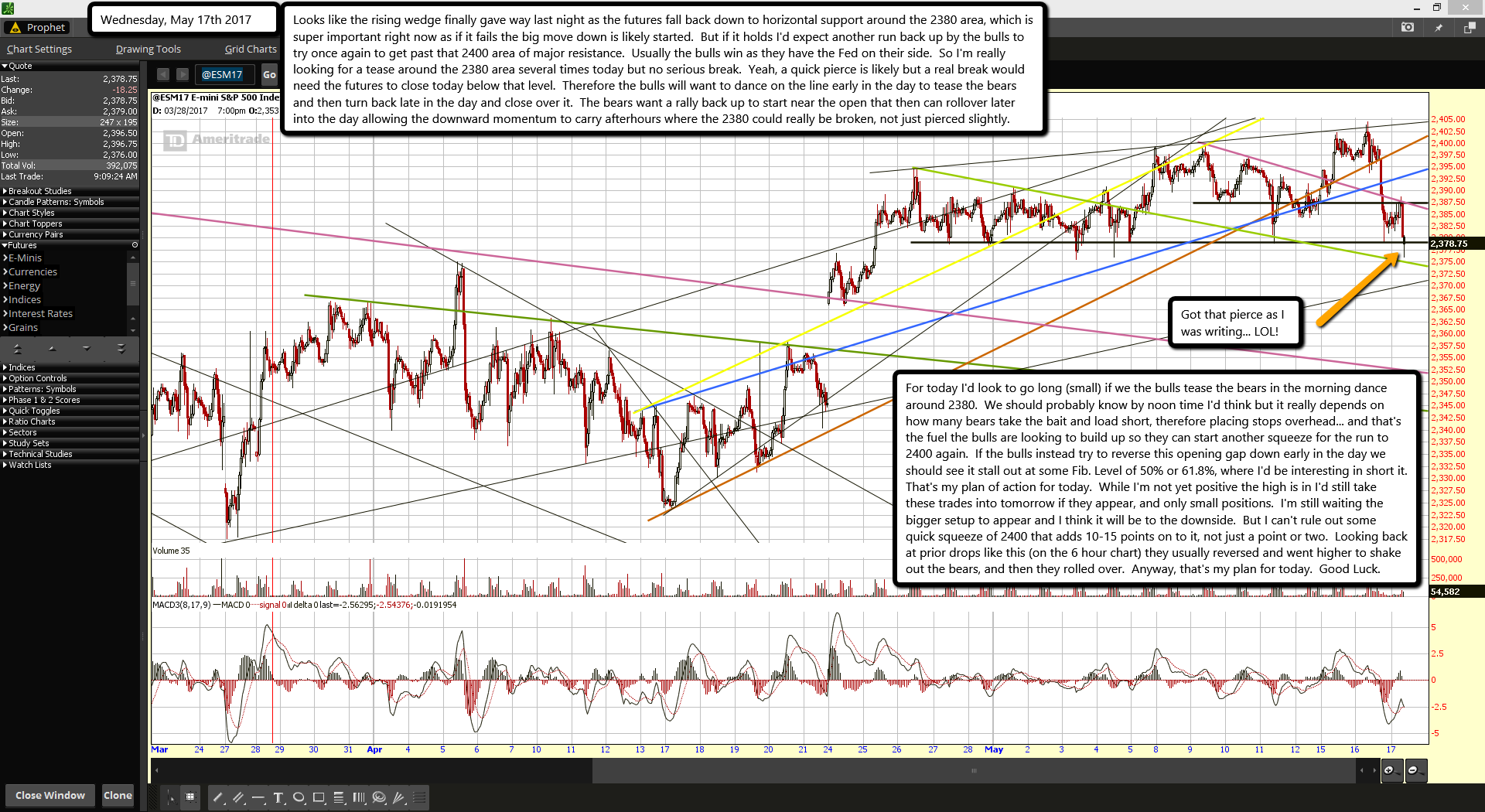 Looks like the rising wedge finally gave way last night as the futures fall back down to horizontal support around the 2380 area, which is super important right now as if it fails the big move down is likely started.  But if it holds I'd expect another run back up by the bulls to try once again to get past that 2400 area of major resistance.  Usually the bulls win as they have the Fed on their side.  So I'm really looking for a tease around the 2380 area several times today but no serious break.  Yeah, a quick pierce is likely but a real break would need the futures to close today below that level.  Therefore the bulls will want to dance on the line early in the day to tease the bears and then turn back late in the day and close over it.  The bears want a rally back up to start near the open that then can rollover later into the day allowing the downward momentum to carry afterhours where the 2380 could really be broken, not just pierced slightly.

For today I'd look to go long (small) if we the bulls tease the bears in the morning dance around 2380.  We should probably know by noon time I'd think but it really depends on how many bears take the bait and load short, therefore placing stops overhead... and that's the fuel the bulls are looking to build up so they can start another squeeze for the run to 2400 again.  If the bulls instead try to reverse this opening gap down early in the day we should see it stall out at some Fib. Level of 50% or 61.8%, where I'd be interesting in short it.  That's my plan of action for today.  While I'm not yet positive the high is in I'd still take these trades into tomorrow if they appear, and only small positions.  I'm still waiting the bigger setup to appear and I think it will be to the downside.  But I can't rule out some quick squeeze of 2400 that adds 10-15 points on to it, not just a point or two.  Looking back at prior drops like this (on the 6 hour chart) they usually reversed and went higher to shake out the bears, and then they rolled over.  Anyway, that's my plan for today.  Good Luck.