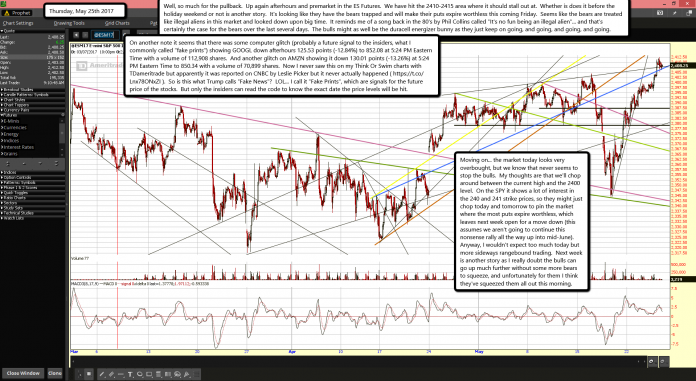 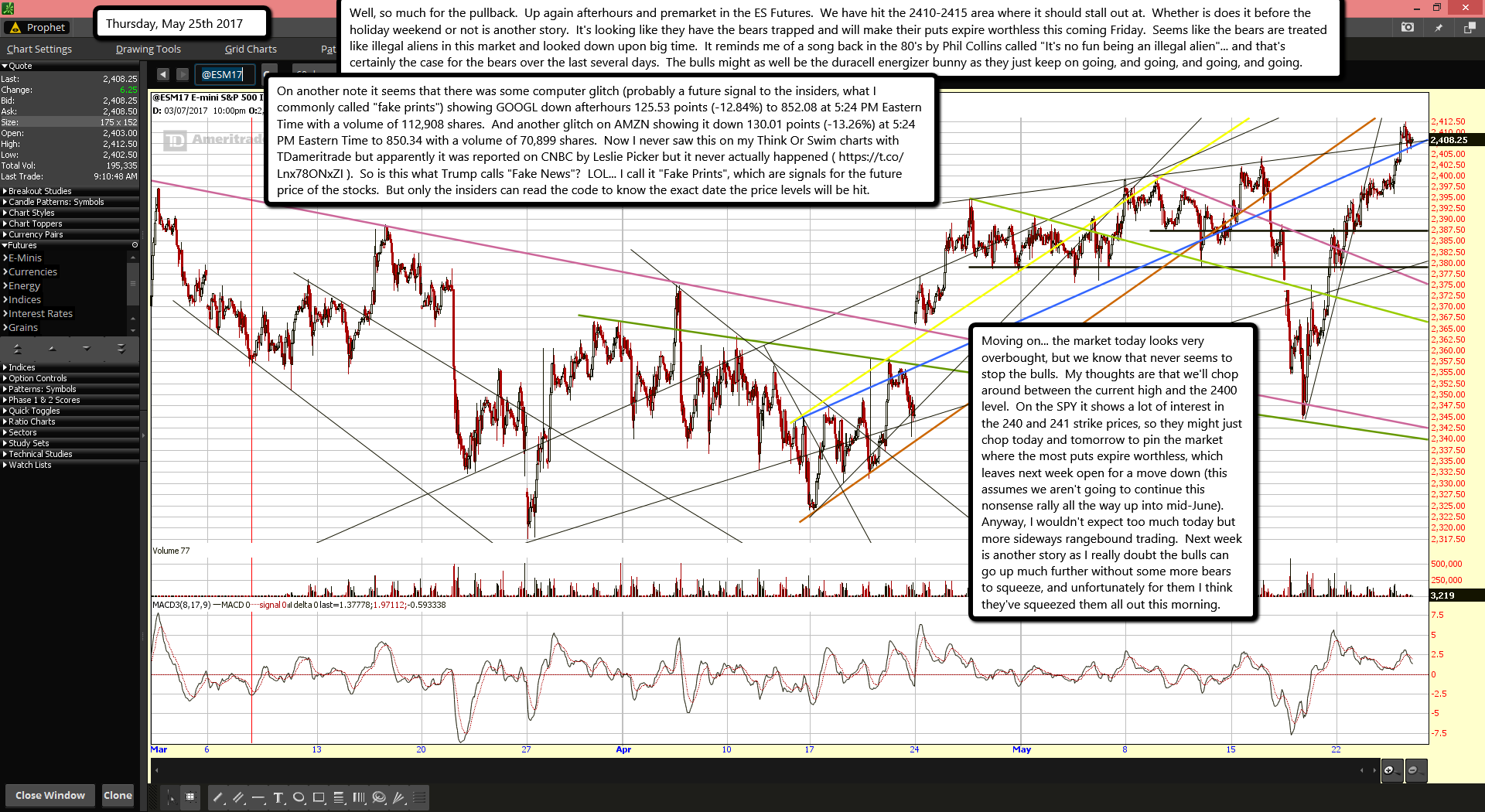 Well, so much for the pullback. Up again afterhours and premarket in the ES Futures. We have hit the 2410-2415 area where it should stall out at. Whether is does it before the holiday weekend or not is another story. It's looking like they have the bears trapped and will make their puts expire worthless this coming Friday. Seems like the bears are treated like illegal aliens in this market and looked down upon big time. It reminds me of a song back in the 80's by Phil Collins called "It's no fun being an illegal alien"... and that's certainly the case for the bears over the last several days. The bulls might as well be the duracell energizer bunny as they just keep on going, and going, and going, and going.

On another note it seems that there was some computer glitch (probably a future signal to the insiders, what I commonly called "fake prints") showing GOOGL down afterhours 125.53 points (-12.84%) to 852.08 at 5:24 PM Eastern Time with a volume of 112,908 shares. And another glitch on AMZN showing it down 130.01 points (-13.26%) at 5:24 PM Eastern Time to 850.34 with a volume of 70,899 shares. Now I never saw this on my Think Or Swim charts with TDameritrade but apparently it was reported on CNBC by Leslie Picker but it never actually happened ( https://t.co/Lnx78ONxZI ). So is this what Trump calls "Fake News"? LOL... I call it "Fake Prints", which are signals for the future price of the stocks. But only the insiders can read the code to know the exact date the price levels will be hit.

Moving on... the market today looks very overbought, but we know that never seems to stop the bulls. My thoughts are that we'll chop around between the current high and the 2400 level. On the SPY it shows a lot of interest in the 240 and 241 strike prices, so they might just chop today and tomorrow to pin the market where the most puts expire worthless, which leaves next week open for a move down (this assumes we aren't going to continue this nonsense rally all the way up into mid-June). Anyway, I wouldn't expect too much today but more sideways rangebound trading. Next week is another story as I really doubt the bulls can go up much further without some more bears to squeeze, and unfortunately for them I think they've squeezed them all out this morning.