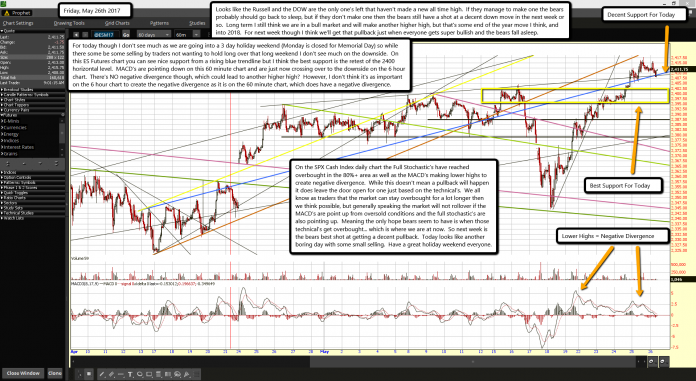 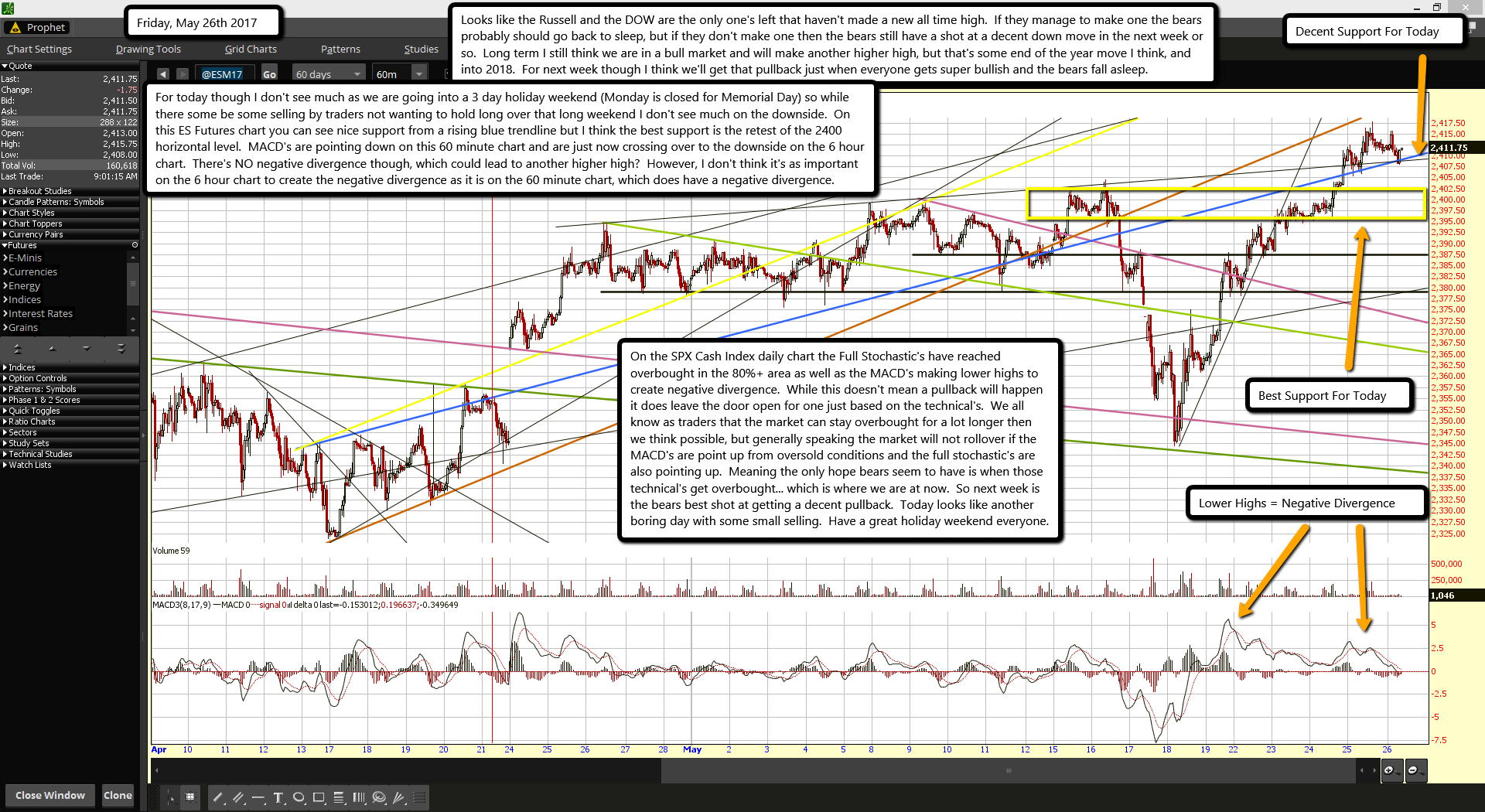 Looks like the Russell and the DOW are the only one's left that haven't made a new all time high.  If they manage to make one the bears probably should go back to sleep, but if they don't make one then the bears still have a shot at a decent down move in the next week or so.  Long term I still think we are in a bull market and will make another higher high, but that's some end of the year move I think, and into 2018.  For next week though I think we'll get that pullback just when everyone gets super bullish and the bears fall asleep.

For today though I don't see much as we are going into a 3 day holiday weekend (Monday is closed for Memorial Day) so while there some be some selling by traders not wanting to hold long over that long weekend I don't see much on the downside.  On this ES Futures chart you can see nice support from a rising blue trendline but I think the best support is the retest of the 2400 horizontal level.  MACD's are pointing down on this 60 minute chart and are just now crossing over to the downside on the 6 hour chart.  There's NO negative divergence though, which could lead to another higher high?  However, I don't think it's as important on the 6 hour chart to create the negative divergence as it is on the 60 minute chart, which does have a negative divergence.

On the SPX Cash Index daily chart the Full Stochastic's have reached overbought in the 80%+ area as well as the MACD's making lower highs to create negative divergence.  While this doesn't mean a pullback will happen it does leave the door open for one just based on the technical's.  We all know as traders that the market can stay overbought for a lot longer then we think possible, but generally speaking the market will not rollover if the MACD's are point up from oversold conditions and the full stochastic's are also pointing up.  Meaning the only hope bears seem to have is when those technical's get overbought... which is where we are at now.  So next week is the bears best shot at getting a decent pullback.  Today looks like another boring day with some small selling.  Have a great holiday weekend everyone. 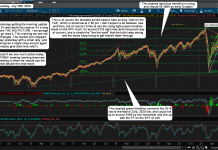