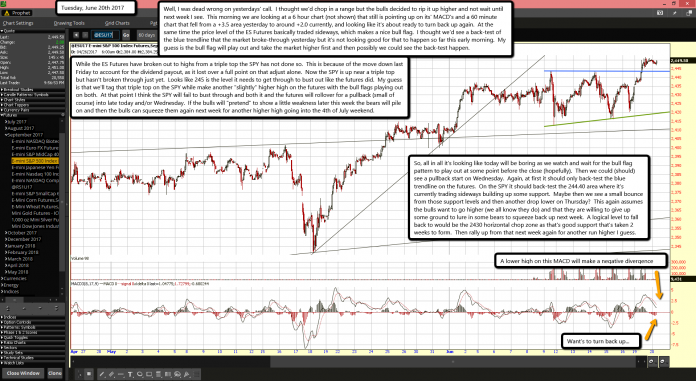 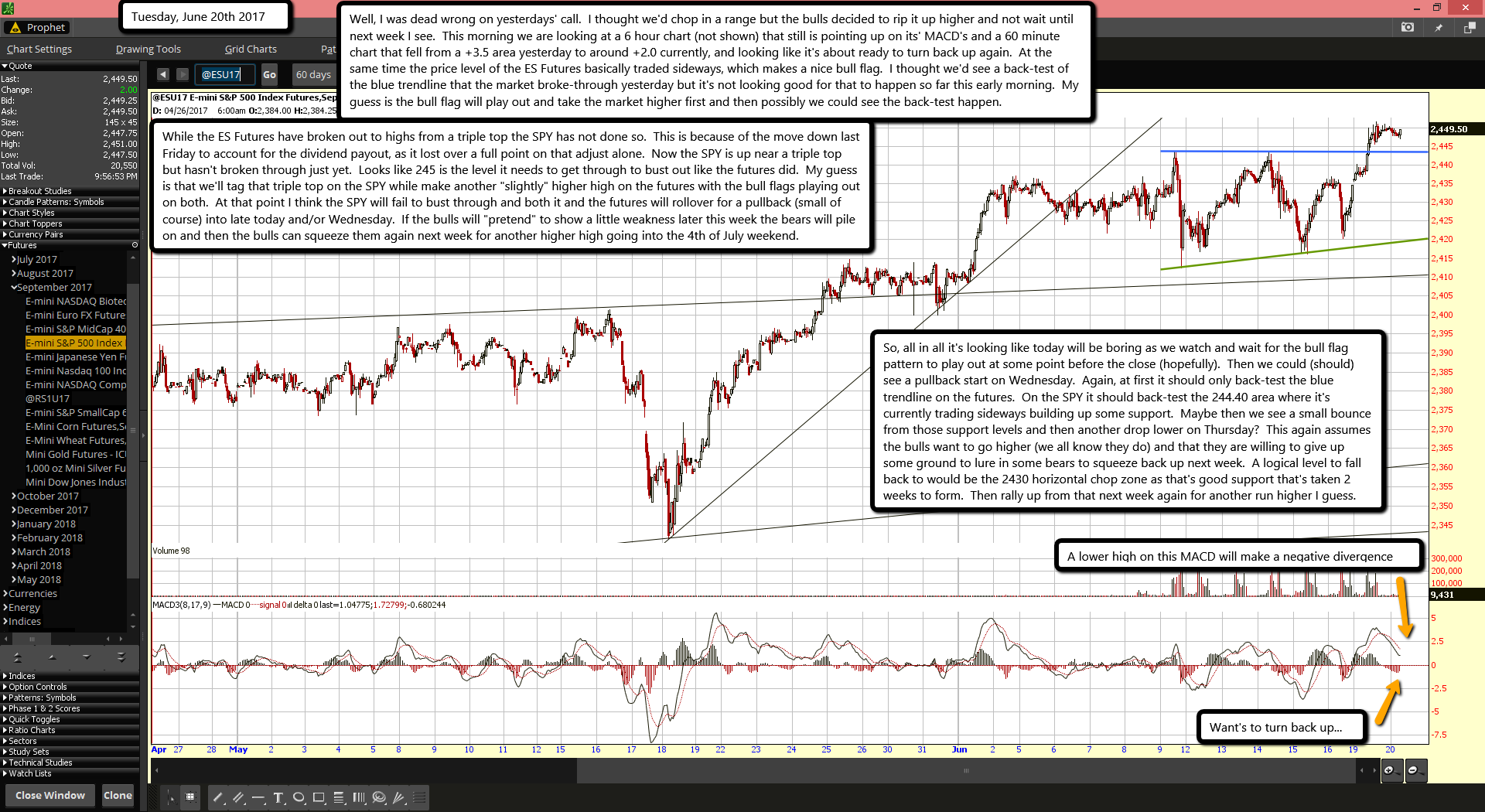 Well, I was dead wrong on yesterdays' call.  I thought we'd chop in a range but the bulls decided to rip it up higher and not wait until next week I see.  This morning we are looking at a 6 hour chart (not shown) that still is pointing up on its' MACD's and a 60 minute chart that fell from a +3.5 area yesterday to around +2.0 currently, and looking like it's about ready to turn back up again.  At the same time the price level of the ES Futures basically traded sideways, which makes a nice bull flag.  I thought we'd see a back-test of the blue trendline that the market broke-through yesterday but it's not looking good for that to happen so far this early morning.  My guess is the bull flag will play out and take the market higher first and then possibly we could see the back-test happen.

While the ES Futures have broken out to highs from a triple top the SPY has not done so.  This is because of the move down last Friday to account for the dividend payout, as it lost over a full point on that adjust alone.  Now the SPY is up near a triple top but hasn't broken through just yet.  Looks like 245 is the level it needs to get through to bust out like the futures did.  My guess is that we'll tag that triple top on the SPY while make another "slightly" higher high on the futures with the bull flags playing out on both.  At that point I think the SPY will fail to bust through and both it and the futures will rollover for a pullback (small of course) into late today and/or Wednesday.  If the bulls will "pretend" to show a little weakness later this week the bears will pile on and then the bulls can squeeze them again next week for another higher high going into the 4th of July weekend.

So, all in all it's looking like today will be boring as we watch and wait for the bull flag pattern to play out at some point before the close (hopefully).  Then we could (should) see a pullback start on Wednesday.  Again, at first it should only back-test the blue trendline on the futures.  On the SPY it should back-test the 244.40 area where it's currently trading sideways building up some support.  Maybe then we see a small bounce from those support levels and then another drop lower on Thursday?  This again assumes the bulls want to go higher (we all know they do) and that they are willing to give up some ground to lure in some bears to squeeze back up next week.  A logical level to fall back to would be the 2430 horizontal chop zone as that's good support that's taken 2 weeks to form.  Then rally up from that next week again for another run higher I guess.