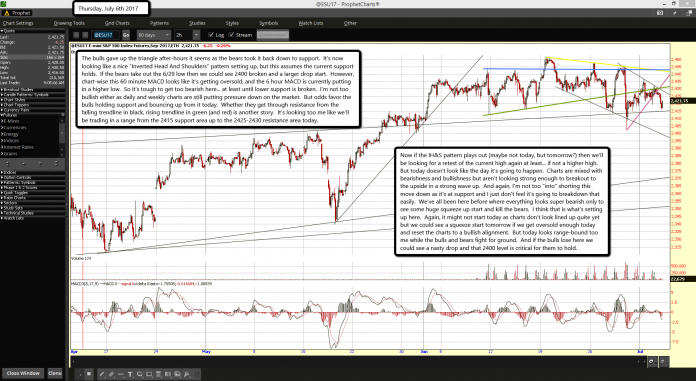 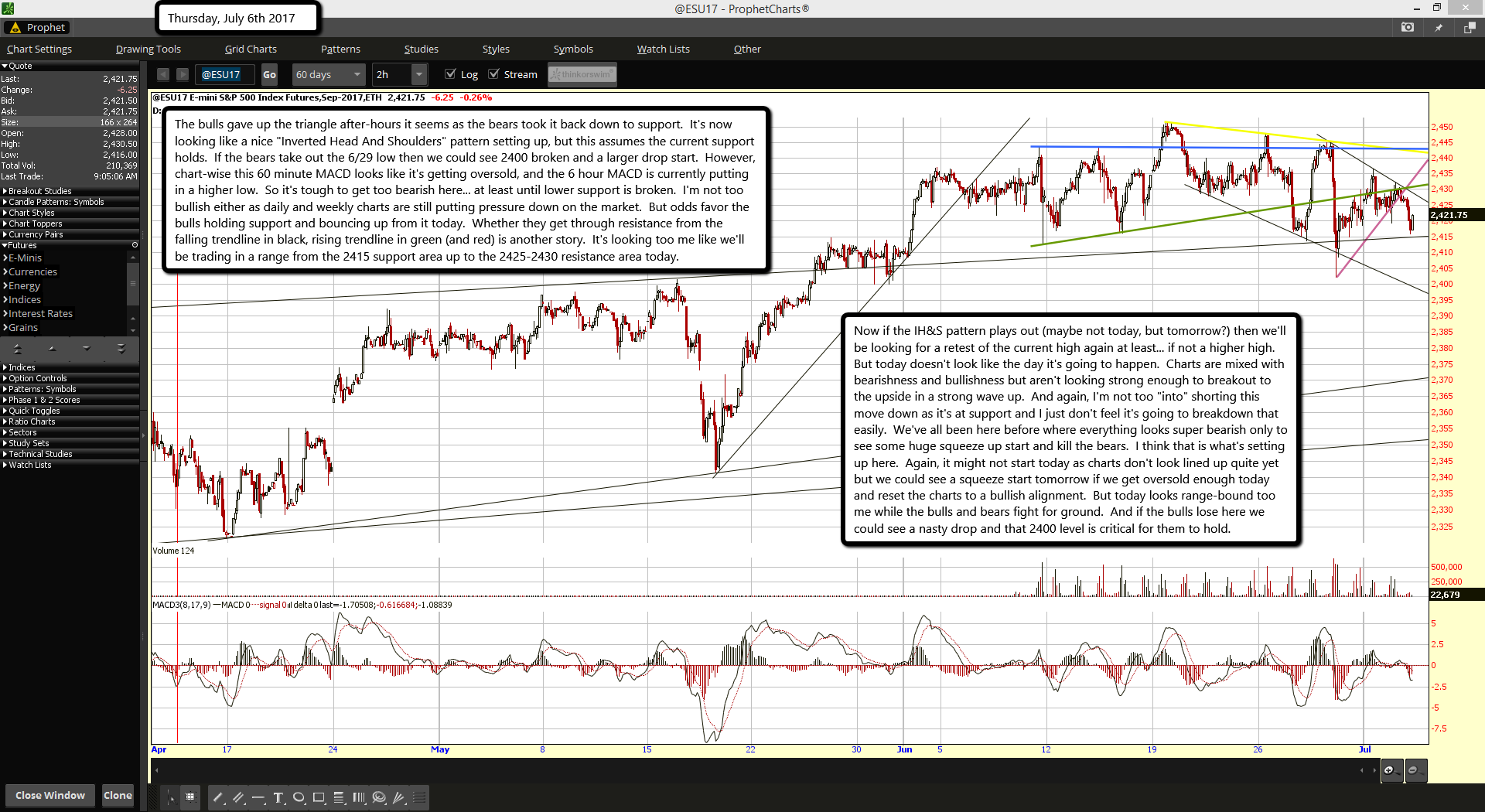 The bulls gave up the triangle after-hours it seems as the bears took it back down to support.  It's now looking like a nice "Inverted Head And Shoulders" pattern setting up, but this assumes the current support holds.  If the bears take out the 6/29 low then we could see 2400 broken and a larger drop start.  However, chart-wise this 60 minute MACD looks like it's getting oversold, and the 6 hour MACD is currently putting in a higher low.  So it's tough to get too bearish here... at least until lower support is broken.  I'm not too bullish either as daily and weekly charts are still putting pressure down on the market.  But odds favor the bulls holding support and bouncing up from it today.  Whether they get through resistance from the falling trendline in black, rising trendline in green (and red) is another story.  It's looking too me like we'll be trading in a range from the 2415 support area up to the 2425-2430 resistance area today.

Now if the IH&S pattern plays out (maybe not today, but tomorrow?) then we'll be looking for a retest of the current high again at least... if not a higher high.  But today doesn't look like the day it's going to happen.  Charts are mixed with bearishness and bullishness but aren't looking strong enough to breakout to the upside in a strong wave up.  And again, I'm not too "into" shorting this move down as it's at support and I just don't feel it's going to breakdown that easily.  We've all been here before where everything looks super bearish only to see some huge squeeze up start and kill the bears.  I think that is what's setting up here.  Again, it might not start today as charts don't look lined up quite yet but we could see a squeeze start tomorrow if we get oversold enough today and reset the charts to a bullish alignment.  But today looks range-bound too me while the bulls and bears fight for ground.  And if the bulls lose here we could see a nasty drop and that 2400 level is critical for them to hold.