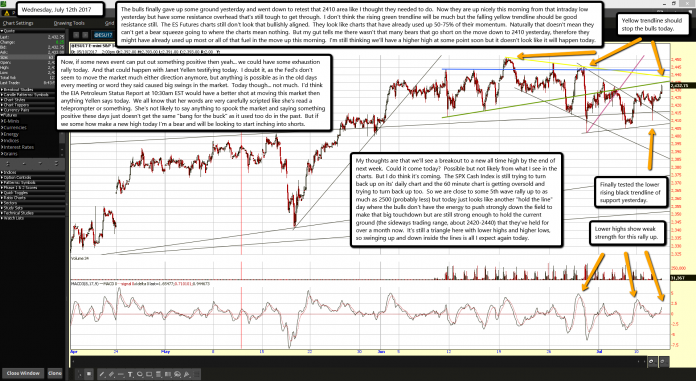 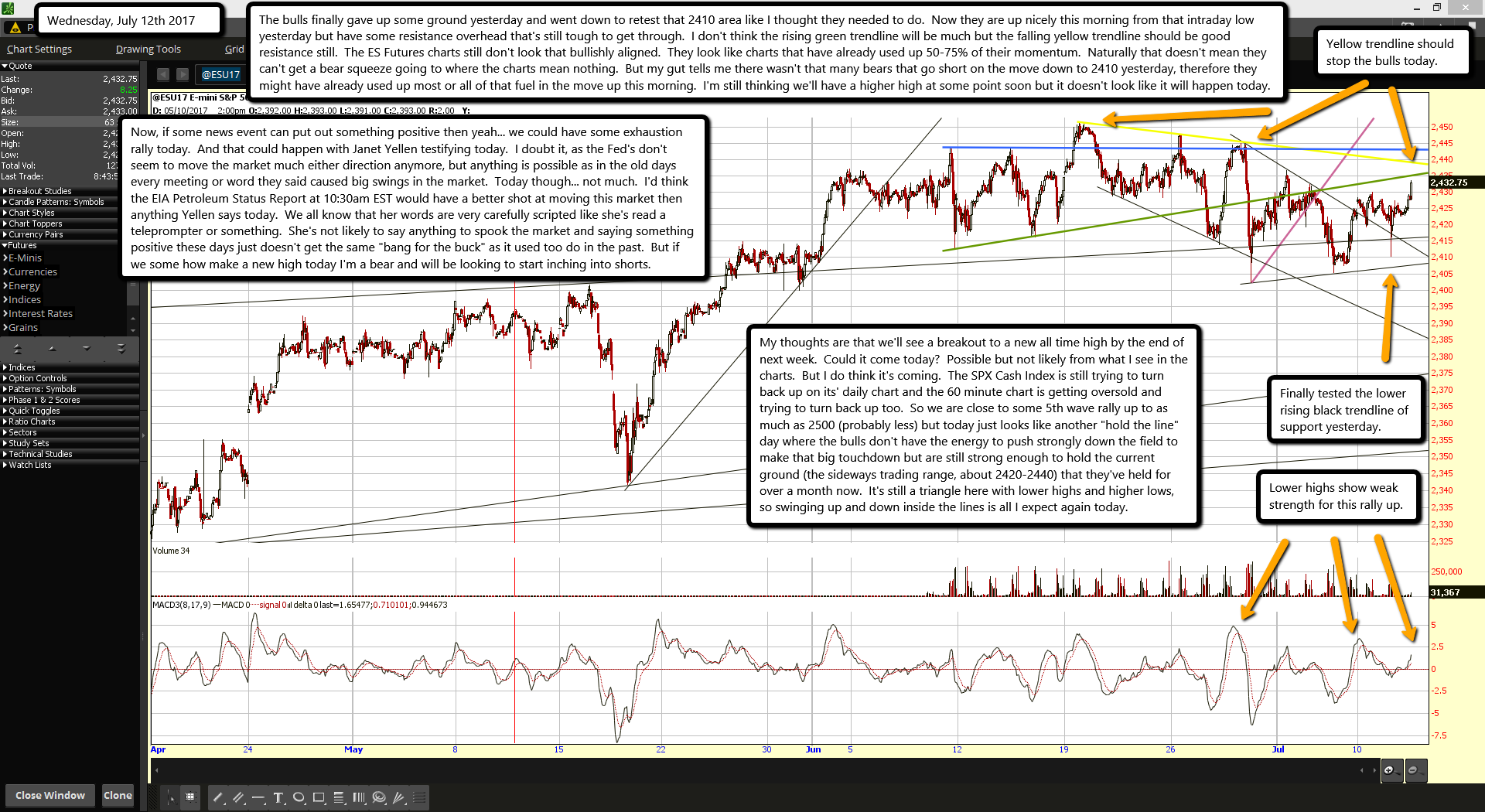 The bulls finally gave up some ground yesterday and went down to retest that 2410 area like I thought they needed to do.  Now they are up nicely this morning from that intraday low yesterday but have some resistance overhead that's still tough to get through.  I don't think the rising green trendline will be much but the falling yellow trendline should be good resistance still.  The ES Futures charts still don't look that bullishly aligned.  They look like charts that have already used up 50-75% of their momentum.  Naturally that doesn't mean they can't get a bear squeeze going to where the charts mean nothing.  But my gut tells me there wasn't that many bears that go short on the move down to 2410 yesterday, therefore they might have already used up most or all of that fuel in the move up this morning.  I'm still thinking we'll have a higher high at some point soon but it doesn't look like it will happen today.

Now, if some news event can put out something positive then yeah... we could have some exhaustion rally today.  And that could happen with Janet Yellen testifying today.  I doubt it, as the Fed's don't seem to move the market much either direction anymore, but anything is possible as in the old days every meeting or word they said caused big swings in the market.  Today though... not much.  I'd think the EIA Petroleum Status Report at 10:30am EST would have a better shot at moving this market then anything Yellen says today.  We all know that her words are very carefully scripted like she's read a teleprompter or something.  She's not likely to say anything to spook the market and saying something positive these days just doesn't get the same "bang for the buck" as it used too do in the past.  But if we some how make a new high today I'm a bear and will be looking to start inching into shorts.

My thoughts are that we'll see a breakout to a new all time high by the end of next week.  Could it come today?  Possible but not likely from what I see in the charts.  But I do think it's coming.  The SPX Cash Index is still trying to turn back up on its' daily chart and the 60 minute chart is getting oversold and trying to turn back up too.  So we are close to some 5th wave rally up to as much as 2500 (probably less) but today just looks like another "hold the line" day where the bulls don't have the energy to push strongly down the field to make that big touchdown but are still strong enough to hold the current ground (the sideways trading range, about 2420-2440) that they've held for over a month now.  It's still a triangle here with lower highs and higher lows, so swinging up and down inside the lines is all I expect again today.