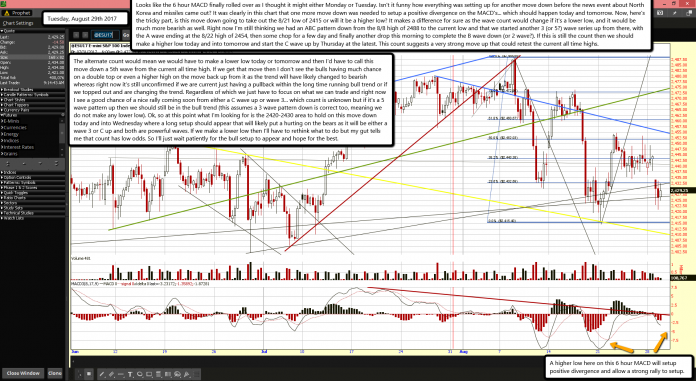 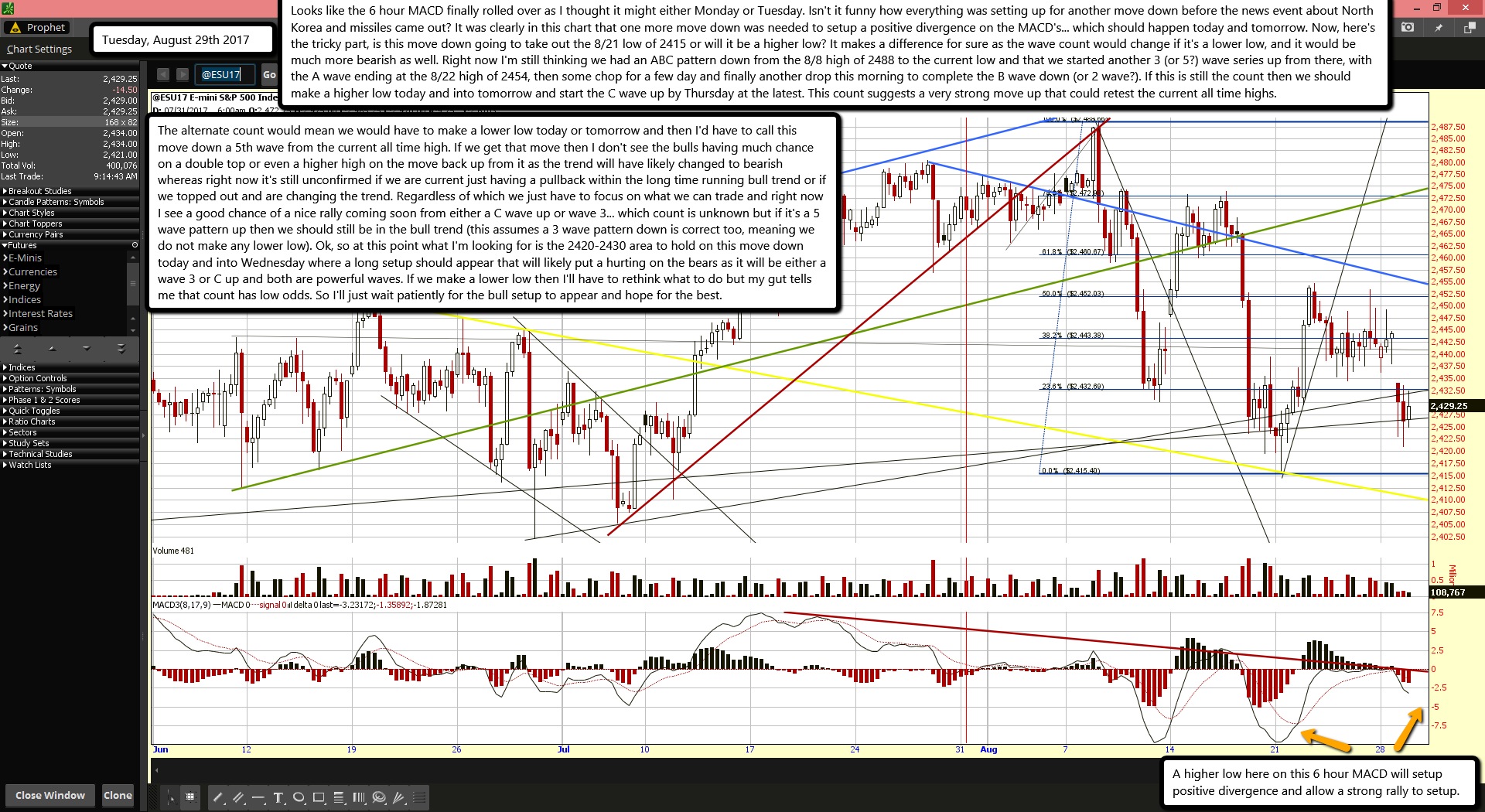 Looks like the 6 hour MACD finally rolled over as I thought it might either Monday or Tuesday. Isn't it funny how everything was setting up for another move down before the news event about North Korea and missiles came out? It was clearly in this chart that one more move down was needed to setup a positive divergence on the MACD's... which should happen today and tomorrow. Now, here's the tricky part, is this move down going to take out the 8/21 low of 2415 or will it be a higher low? It makes a difference for sure as the wave count would change if it's a lower low, and it would be much more bearish as well. Right now I'm still thinking we had an ABC pattern down from the 8/8 high of 2488 to the current low and that we started another 3 (or 5?) wave series up from there, with the A wave ending at the 8/22 high of 2454, then some chop for a few day and finally another drop this morning to complete the B wave down (or 2 wave?). If this is still the count then we should make a higher low today and into tomorrow and start the C wave up by Thursday at the latest. This count suggests a very strong move up that could retest the current all time highs.

The alternate count would mean we would have to make a lower low today or tomorrow and then I'd have to call this move down a 5th wave from the current all time high. If we get that move then I don't see the bulls having much chance on a double top or even a higher high on the move back up from it as the trend will have likely changed to bearish whereas right now it's still unconfirmed if we are current just having a pullback within the long time running bull trend or if we topped out and are changing the trend. Regardless of which we just have to focus on what we can trade and right now I see a good chance of a nice rally coming soon from either a C wave up or wave 3... which count is unknown but if it's a 5 wave pattern up then we should still be in the bull trend (this assumes a 3 wave pattern down is correct too, meaning we do not make any lower low). Ok, so at this point what I'm looking for is the 2420-2430 area to hold on this move down today and into Wednesday where a long setup should appear that will likely put a hurting on the bears as it will be either a wave 3 or C up and both are powerful waves. If we make a lower low then I'll have to rethink what to do but my gut tells me that count has low odds. So I'll just wait patiently for the bull setup to appear and hope for the best.