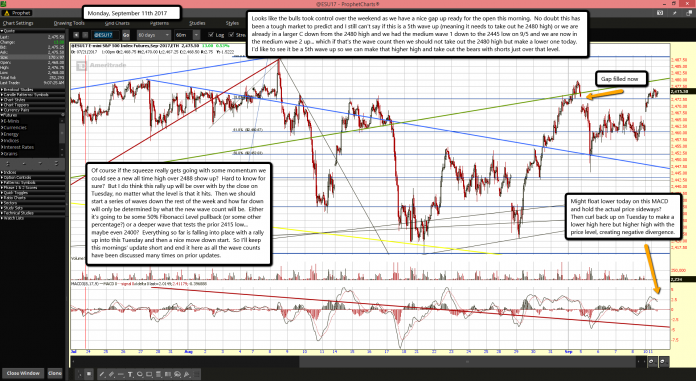 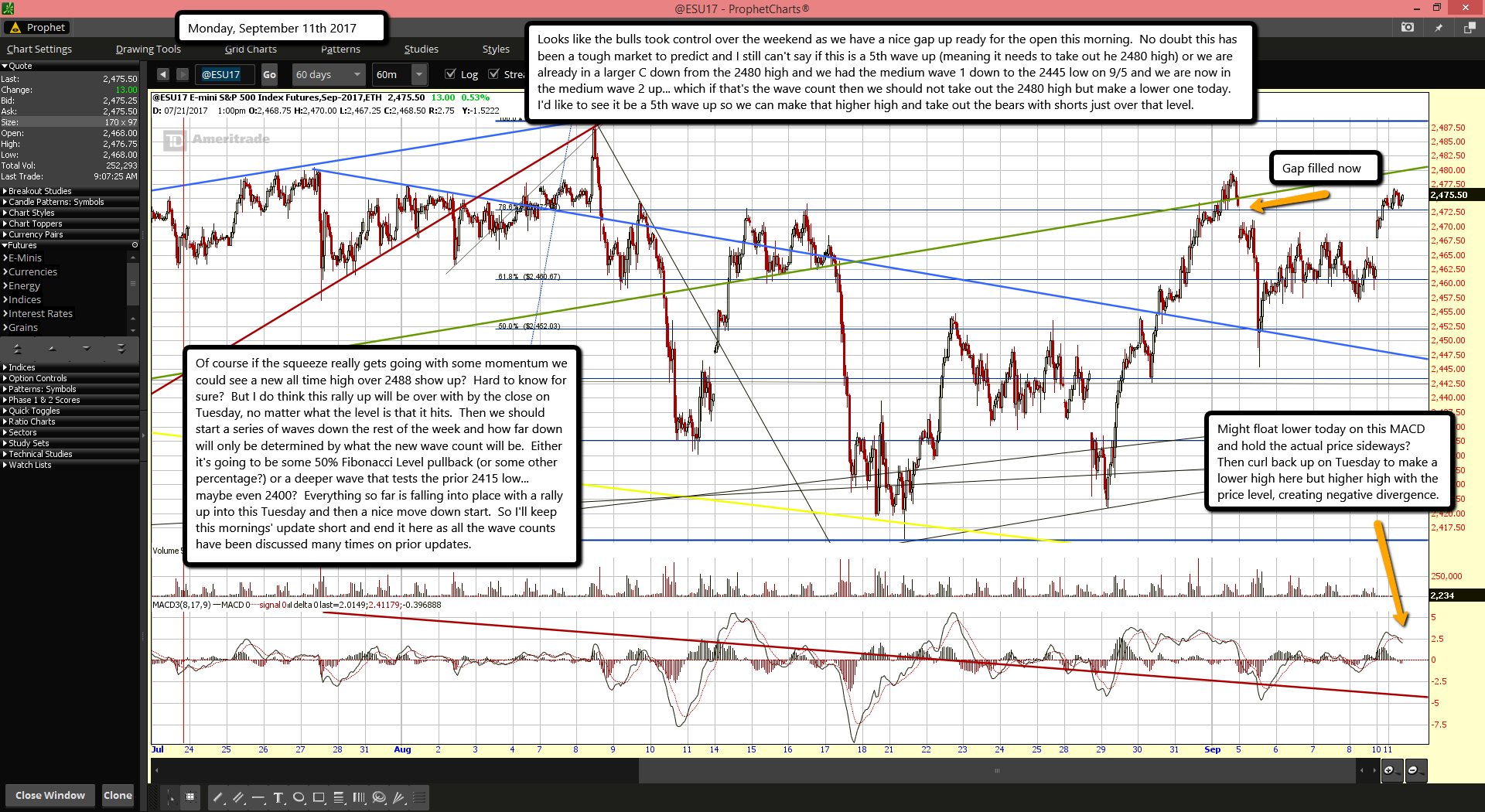 Looks like the bulls took control over the weekend as we have a nice gap up ready for the open this morning.  No doubt this has been a tough market to predict and I still can't say if this is a 5th wave up (meaning it needs to take out he 2480 high) or we are already in a larger C down from the 2480 high and we had the medium wave 1 down to the 2445 low on 9/5 and we are now in the medium wave 2 up... which if that's the wave count then we should not take out the 2480 high but make a lower one today.  I'd like to see it be a 5th wave up so we can make that higher high and take out the bears with shorts just over that level.

Of course if the squeeze really gets going with some momentum we could see a new all time high over 2488 show up?  Hard to know for sure?  But I do think this rally up will be over with by the close on Tuesday, no matter what the level is that it hits.  Then we should start a series of waves down the rest of the week and how far down will only be determined by what the new wave count will be.  Either it's going to be some 50% Fibonacci Level pullback (or some other percentage?) or a deeper wave that tests the prior 2415 low... maybe even 2400?  Everything so far is falling into place with a rally up into this Tuesday and then a nice move down start.  So I'll keep this mornings' update short and end it here as all the wave counts have been discussed many times on prior updates.