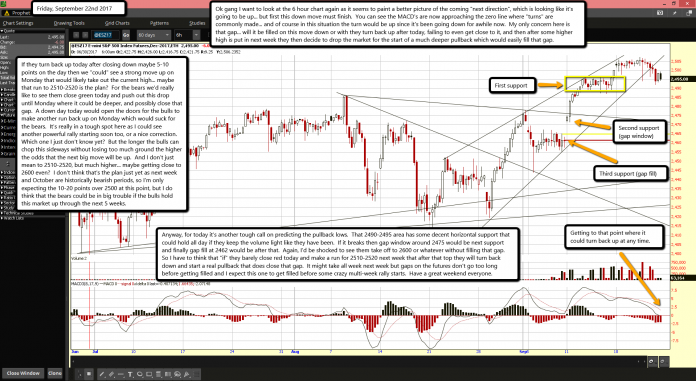 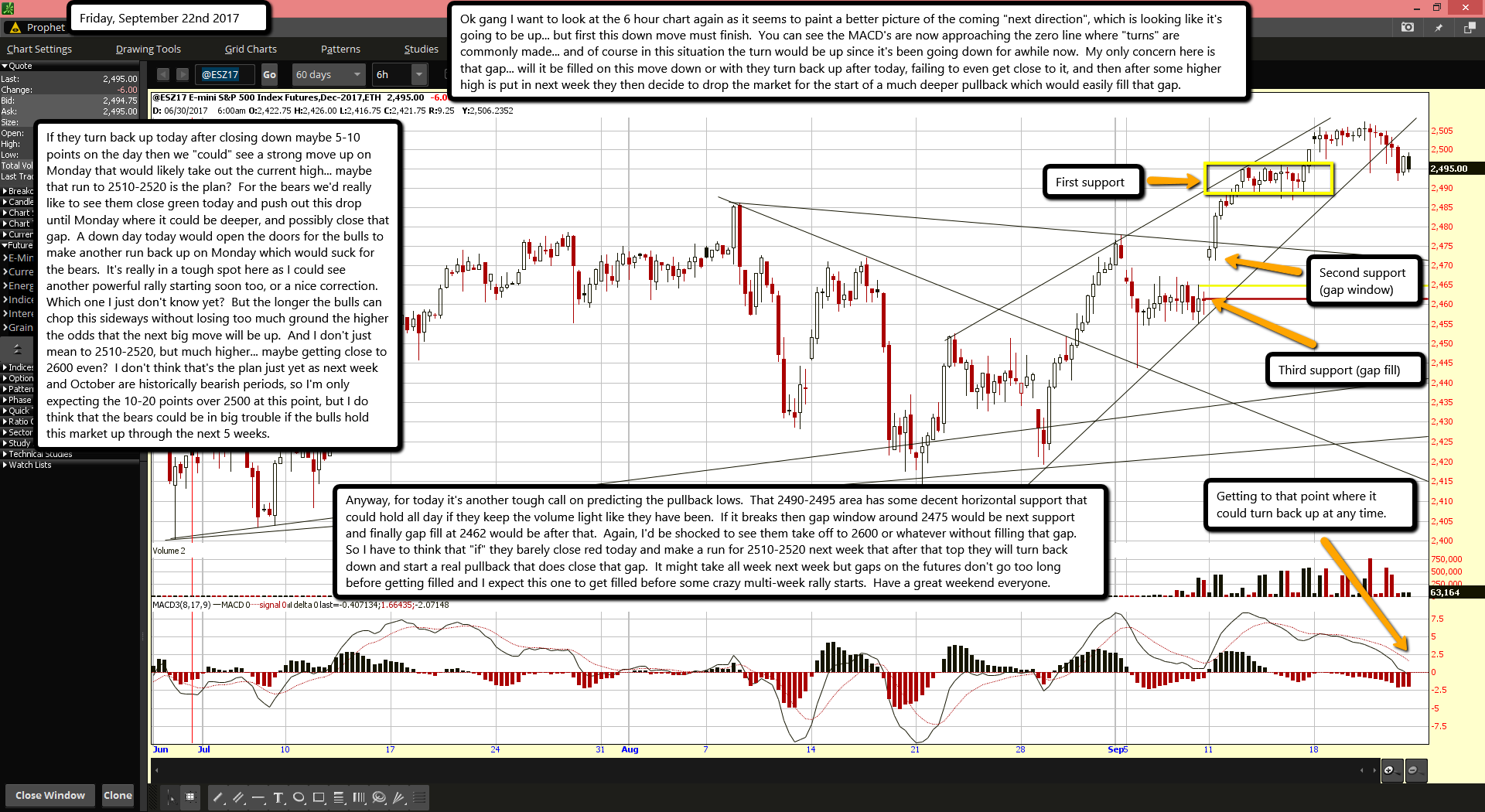 Ok gang I want to look at the 6 hour chart again as it seems to paint a better picture of the coming "next direction", which is looking like it's going to be up... but first this down move must finish.  You can see the MACD's are now approaching the zero line where "turns" are commonly made... and of course in this situation the turn would be up since it's been going down for awhile now.  My only concern here is that gap... will it be filled on this move down or with they turn back up after today, failing to even get close to it, and then after some higher high is put in next week they then decide to drop the market for the start of a much deeper pullback which would easily fill that gap.

If they turn back up today after closing down maybe 5-10 points on the day then we "could" see a strong move up on Monday that would likely take out the current high... maybe that run to 2510-2520 is the plan?  For the bears we'd really like to see them close green today and push out this drop until Monday where it could be deeper, and possibly close that gap.  A down day today would open the doors for the bulls to make another run back up on Monday which would suck for the bears.  It's really in a tough spot here as I could see another powerful rally starting soon too, or a nice correction.  Which one I just don't know yet?  But the longer the bulls can chop this sideways without losing too much ground the higher the odds that the next big move will be up.  And I don't just mean to 2510-2520, but much higher... maybe getting close to 2600 even?  I don't think that's the plan just yet as next week and October are historically bearish periods, so I'm only expecting the 10-20 points over 2500 at this point, but I do think that the bears could be in big trouble if the bulls hold this market up through the next 5 weeks.

Anyway, for today it's another tough call on predicting the pullback lows.  That 2490-2495 area has some decent horizontal support that could hold all day if they keep the volume light like they have been.  If it breaks then gap window around 2475 would be next support and finally gap fill at 2462 would be after that.  Again, I'd be shocked to see them take off to 2600 or whatever without filling that gap.  So I have to think that "if" they barely close red today and make a run for 2510-2520 next week that after that top they will turn back down and start a real pullback that does close that gap.  It might take all week next week but gaps on the futures don't go too long before getting filled and I expect this one to get filled before some crazy multi-week rally starts.  Have a great weekend everyone.