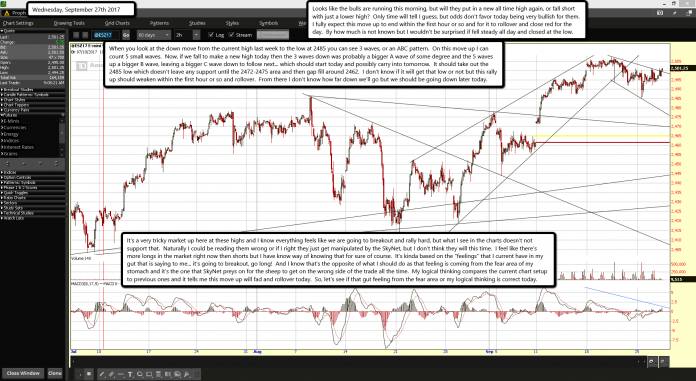 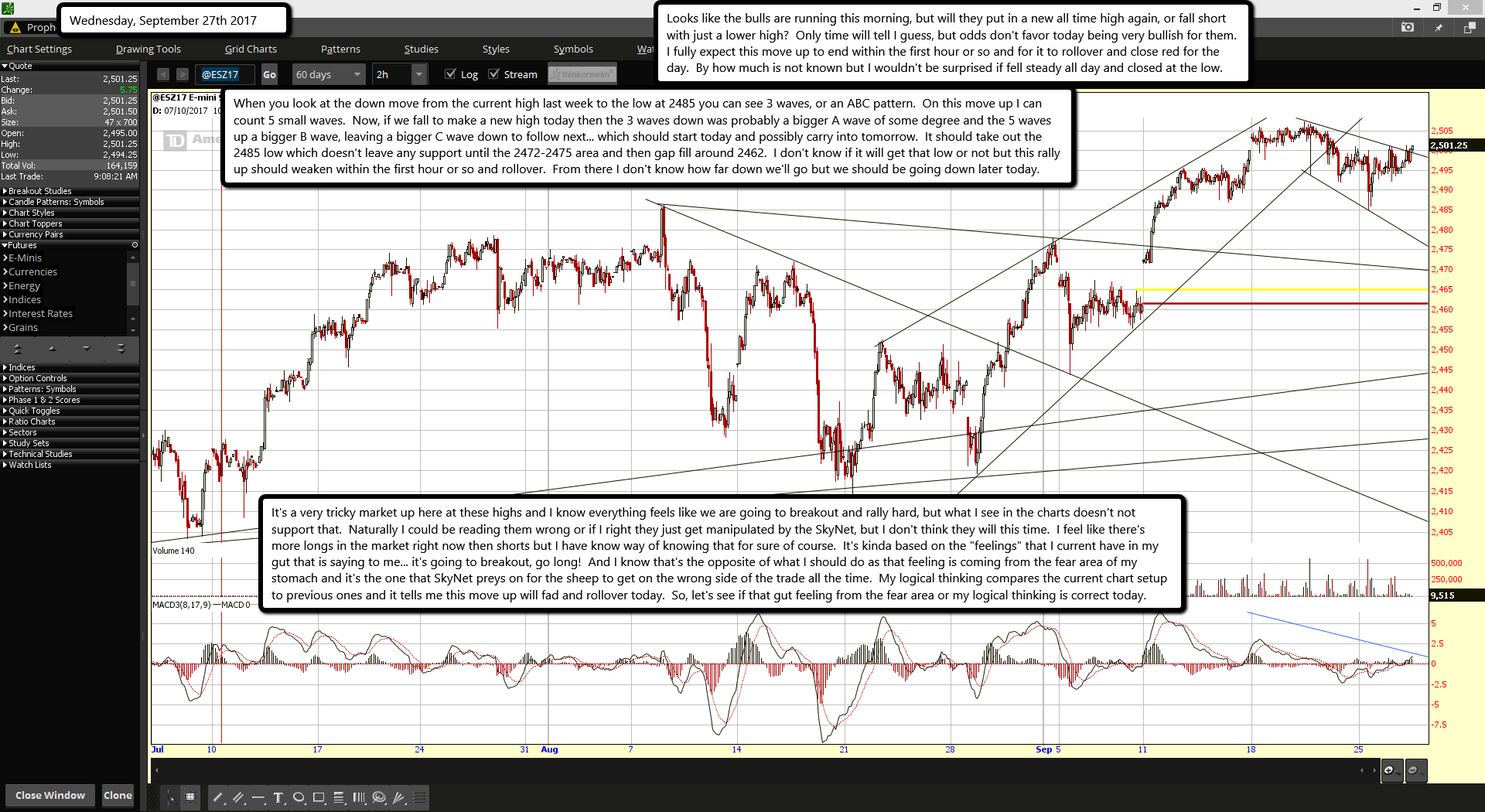 Looks like the bulls are running this morning, but will they put in a new all time high again, or fall short with just a lower high?  Only time will tell I guess, but odds don't favor today being very bullish for them.  I fully expect this move up to end within the first hour or so and for it to rollover and close red for the day.  By how much is not known but I wouldn't be surprised if fell steady all day and closed at the low.

When you look at the down move from the current high last week to the low at 2485 you can see 3 waves, or an ABC pattern.  On this move up I can count 5 small waves.  Now, if we fall to make a new high today then the 3 waves down was probably a bigger A wave of some degree and the 5 waves up a bigger B wave, leaving a bigger C wave down to follow next... which should start today and possibly carry into tomorrow.  It should take out the 2485 low which doesn't leave any support until the 2472-2475 area and then gap fill around 2462.  I don't know if it will get that low or not but this rally up should weaken within the first hour or so and rollover.  From there I don't know how far down we'll go but we should be going down later today.

It's a very tricky market up here at these highs and I know everything feels like we are going to breakout and rally hard, but what I see in the charts doesn't not support that.  Naturally I could be reading them wrong or if I right they just get manipulated by the SkyNet, but I don't think they will this time.  I feel like there's more longs in the market right now then shorts but I have know way of knowing that for sure of course.  It's kinda based on the "feelings" that I current have in my gut that is saying to me... it's going to breakout, go long!  And I know that's the opposite of what I should do as that feeling is coming from the fear area of my stomach and it's the one that SkyNet preys on for the sheep to get on the wrong side of the trade all the time.  My logical thinking compares the current chart setup to previous ones and it tells me this move up will fad and rollover today.  So, let's see if that gut feeling from the fear area or my logical thinking is correct today.