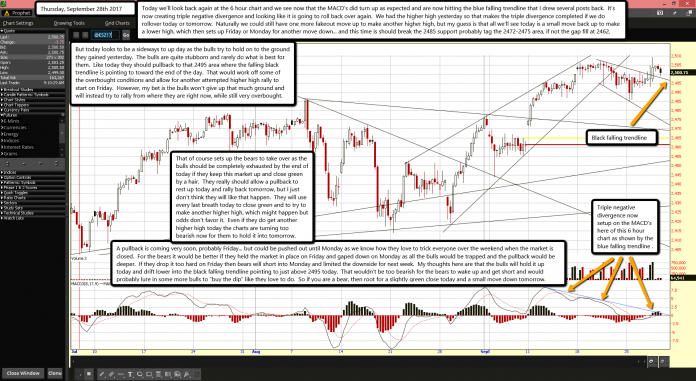 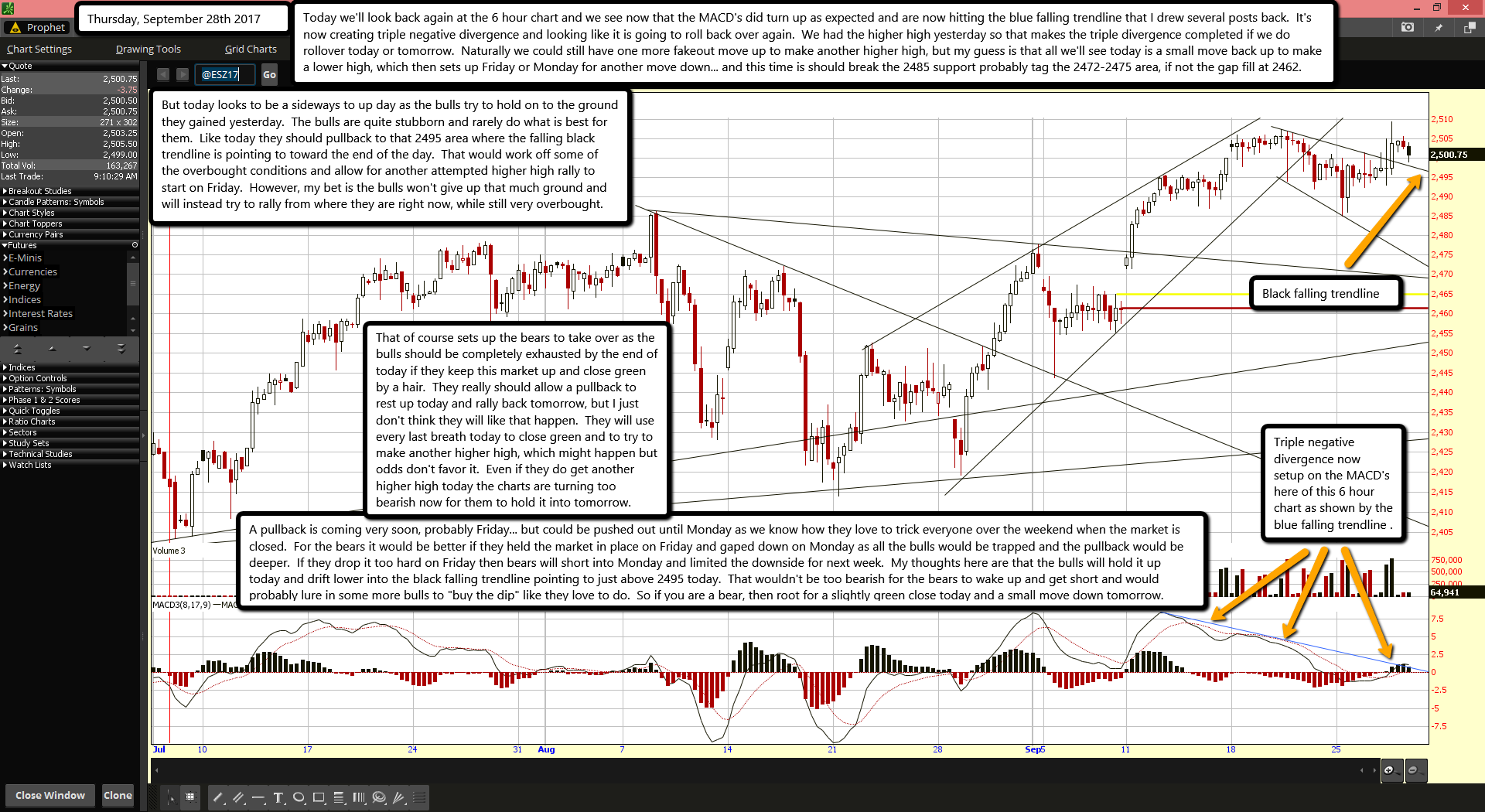 Today we'll look back again at the 6 hour chart and we see now that the MACD's did turn up as expected and are now hitting the blue falling trendline that I drew several posts back.  It's now creating triple negative divergence and looking like it is going to roll back over again.  We had the higher high yesterday so that makes the triple divergence completed if we do rollover today or tomorrow.  Naturally we could still have one more fakeout move up to make another higher high, but my guess is that all we'll see today is a small move back up to make a lower high, which then sets up Friday or Monday for another move down... and this time is should break the 2485 support probably tag the 2472-2475 area, if not the gap fill at 2462.

But today looks to be a sideways to up day as the bulls try to hold on to the ground they gained yesterday.  The bulls are quite stubborn and rarely do what is best for them.  Like today they should pullback to that 2495 area where the falling black trendline is pointing to toward the end of the day.  That would work off some of the overbought conditions and allow for another attempted higher high rally to start on Friday.  However, my bet is the bulls won't give up that much ground and will instead try to rally from where they are right now, while still very overbought.  That of course sets up the bears to take over as the bulls should be completely exhausted by the end of today if they keep this market up and close green by a hair.  They really should allow a pullback to rest up today and rally back tomorrow, but I just don't think they will like that happen.  They will use every last breath today to close green and to try to make another higher high, which might happen but odds don't favor it.  Even if they do get another higher high today the charts are turning too bearish now for them to hold it into tomorrow.

A pullback is coming very soon, probably Friday... but could be pushed out until Monday as we know how they love to trick everyone over the weekend when the market is closed.  For the bears it would be better if they held the market in place on Friday and gaped down on Monday as all the bulls would be trapped and the pullback would be deeper.  If they drop it too hard on Friday then bears will short into Monday and limited the downside for next week.  My thoughts here are that the bulls will hold it up today and drift lower into the black falling trendline pointing to just above 2495 today.  That wouldn't be too bearish for the bears to wake up and get short and would probably lure in some more bulls to "buy the dip" like they love to do.  So if you are a bear, then root for a slightly green close today and a small move down tomorrow.