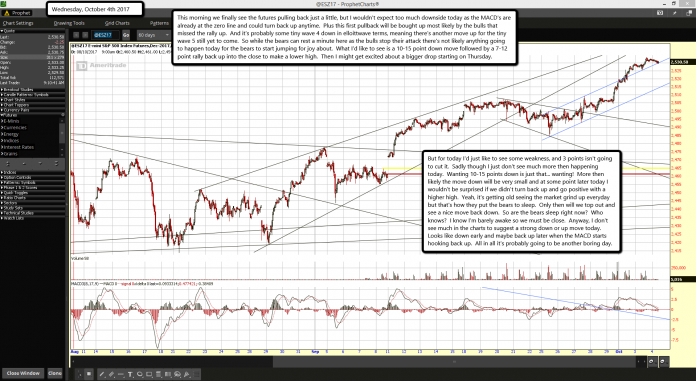 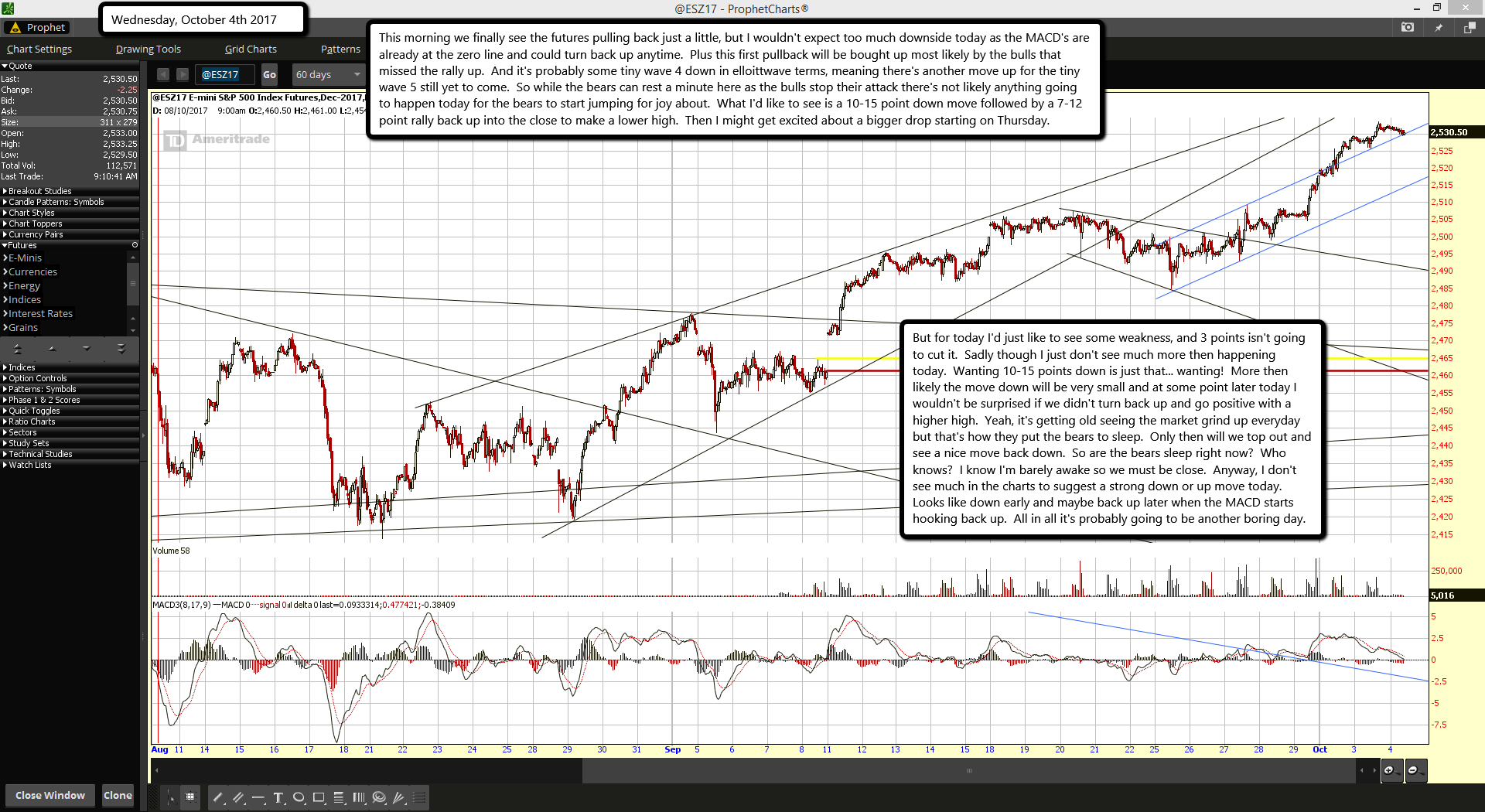 This morning we finally see the futures pulling back just a little, but I wouldn't expect too much downside today as the MACD's are already at the zero line and could turn back up anytime.  Plus this first pullback will be bought up most likely by the bulls that missed the rally up.  And it's probably some tiny wave 4 down in elloittwave terms, meaning there's another move up for the tiny wave 5 still yet to come.  So while the bears can rest a minute here as the bulls stop their attack there's not likely anything going to happen today for the bears to start jumping for joy about.  What I'd like to see is a 10-15 point down move followed by a 7-12 point rally back up into the close to make a lower high.  Then I might get excited about a bigger drop starting on Thursday.

But for today I'd just like to see some weakness, and 3 points isn't going to cut it.  Sadly though I just don't see much more then happening today.  Wanting 10-15 points down is just that... wanting!  More then likely the move down will be very small and at some point later today I wouldn't be surprised if we didn't turn back up and go positive with a higher high.  Yeah, it's getting old seeing the market grind up everyday but that's how they put the bears to sleep.  Only then will we top out and see a nice move back down.  So are the bears sleep right now?  Who knows?  I know I'm barely awake so we must be close.  Anyway, I don't see much in the charts to suggest a strong down or up move today.  Looks like down early and maybe back up later when the MACD starts hooking back up.  All in all it's probably going to be another boring day.