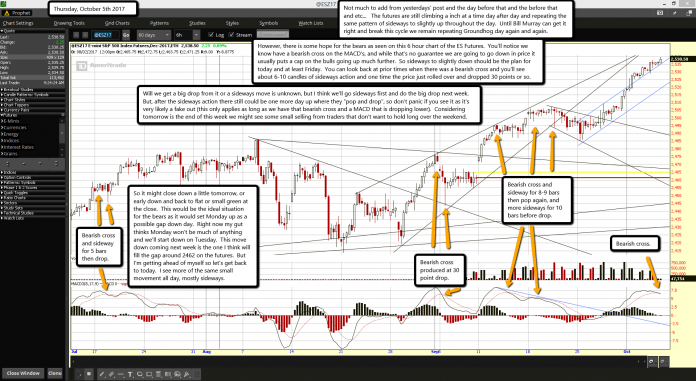 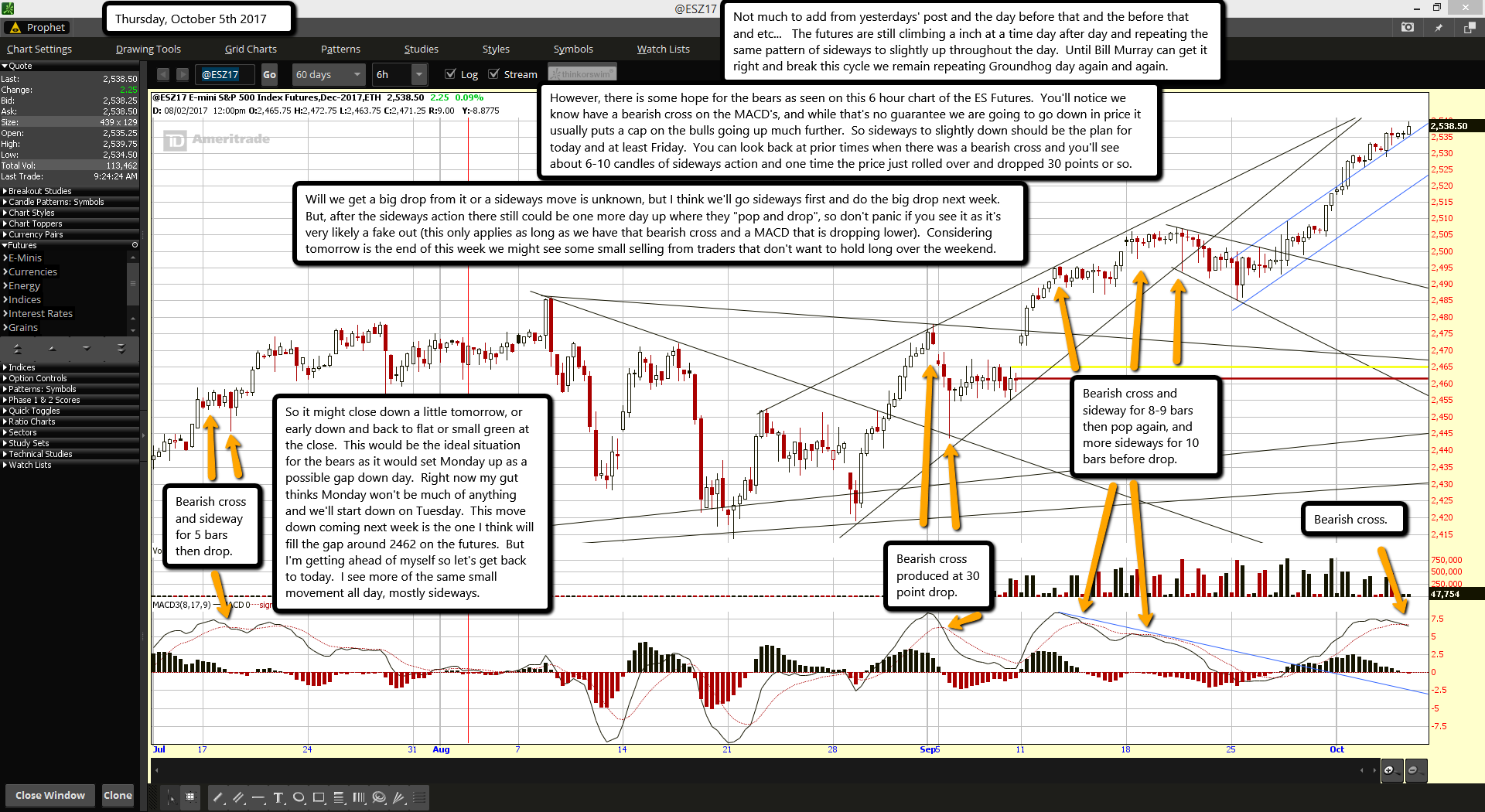 Not much to add from yesterdays' post and the day before that and the before that and etc...   The futures are still climbing a inch at a time day after day and repeating the same pattern of sideways to slightly up throughout the day.  Until Bill Murray can get it right and break this cycle we remain repeating Groundhog day again and again.

However, there is some hope for the bears as seen on this 6 hour chart of the ES Futures.  You'll notice we know have a bearish cross on the MACD's, and while that's no guarantee we are going to go down in price it usually puts a cap on the bulls going up much further.  So sideways to slightly down should be the plan for today and at least Friday.  You can look back at prior times when there was a bearish cross and you'll see about 6-10 candles of sideways action and one time the price just rolled over and dropped 30 points or so.

Will we get a big drop from it or a sideways move is unknown, but I think we'll go sideways first and do the big drop next week.  But, after the sideways action there still could be one more day up where they "pop and drop", so don't panic if you see it as it's very likely a fake out (this only applies as long as we have that bearish cross and a MACD that is dropping lower).  Considering tomorrow is the end of this week we might see some small selling from traders that don't want to hold long over the weekend.

So it might close down a little tomorrow, or early down and back to flat or small green at the close.  This would be the ideal situation for the bears as it would set Monday up as a possible gap down day.  Right now my gut thinks Monday won't be much of anything and we'll start down on Tuesday.  This move down coming next week is the one I think will fill the gap around 2462 on the futures.  But I'm getting ahead of myself so let's get back to today.  I see more of the same small movement all day, mostly sideways.