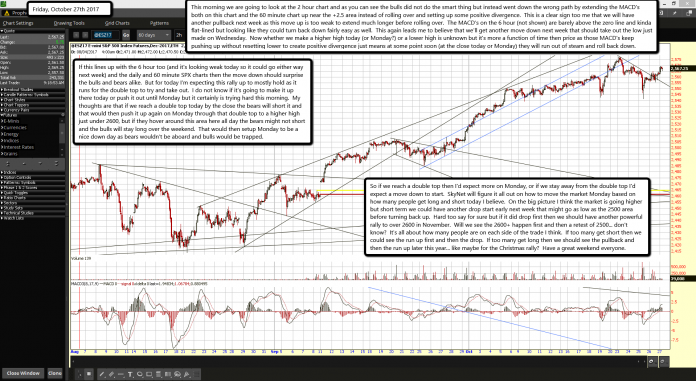 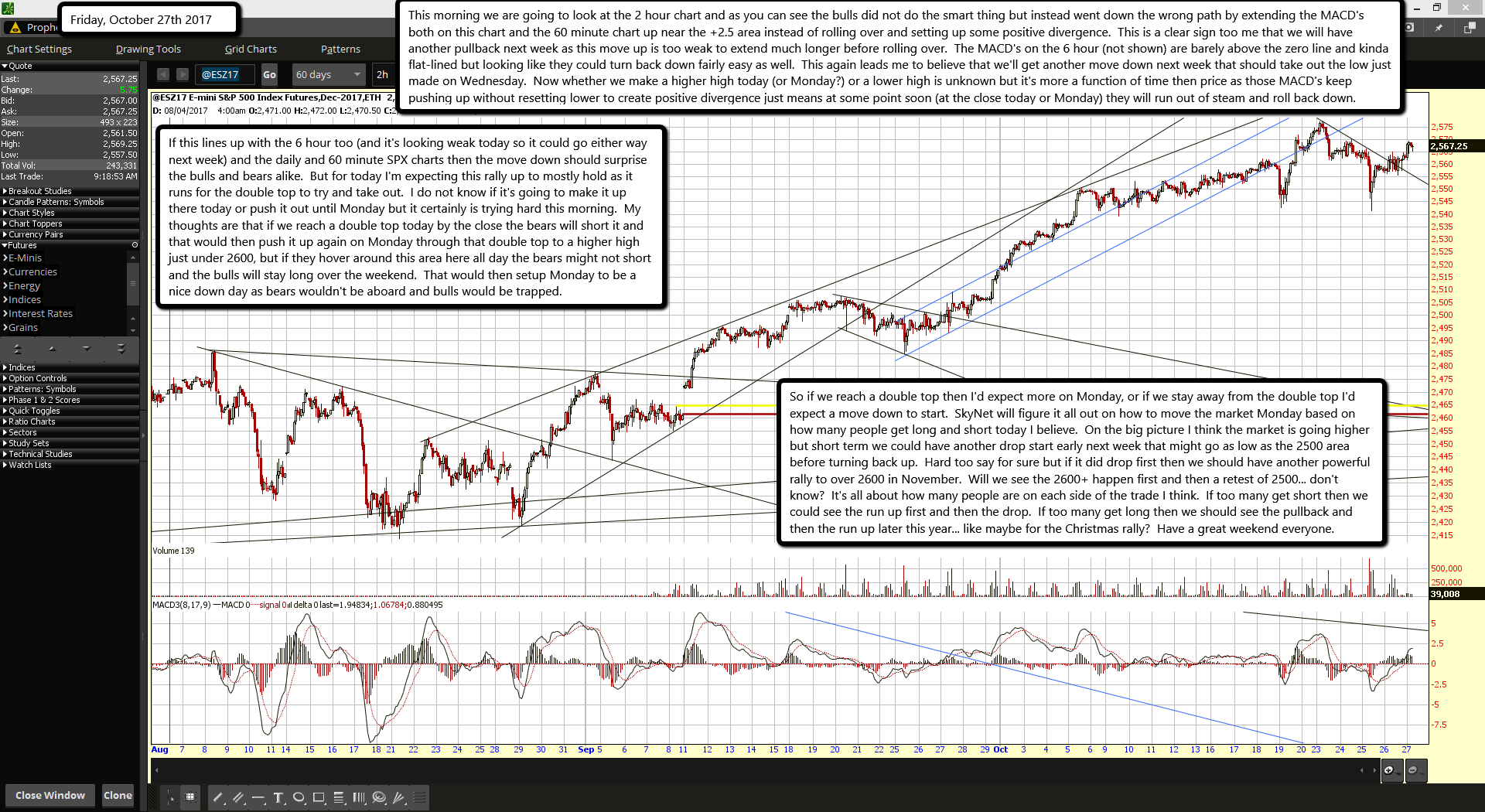 This morning we are going to look at the 2 hour chart and as you can see the bulls did not do the smart thing but instead went down the wrong path by extending the MACD's both on this chart and the 60 minute chart up near the +2.5 area instead of rolling over and setting up some positive divergence.  This is a clear sign too me that we will have another pullback next week as this move up is too weak to extend much longer before rolling over.  The MACD's on the 6 hour (not shown) are barely above the zero line and kinda flat-lined but looking like they could turn back down fairly easy as well.  This again leads me to believe that we'll get another move down next week that should take out the low just made on Wednesday.  Now whether we make a higher high today (or Monday?) or a lower high is unknown but it's more a function of time then price as those MACD's keep pushing up without resetting lower to create positive divergence just means at some point soon (at the close today or Monday) they will run out of steam and roll back down.

If this lines up with the 6 hour too (and it's looking weak today so it could go either way next week) and the daily and 60 minute SPX charts then the move down should surprise the bulls and bears alike.  But for today I'm expecting this rally up to mostly hold as it runs for the double top to try and take out.  I do not know if it's going to make it up there today or push it out until Monday but it certainly is trying hard this morning.  My thoughts are that if we reach a double top today by the close the bears will short it and that would then push it up again on Monday through that double top to a higher high just under 2600, but if they hover around this area here all day the bears might not short and the bulls will stay long over the weekend.  That would then setup Monday to be a nice down day as bears wouldn't be aboard and bulls would be trapped.

So if we reach a double top then I'd expect more on Monday, or if we stay away from the double top I'd expect a move down to start.  SkyNet will figure it all out on how to move the market Monday based on how many people get long and short today I believe.  On the big picture I think the market is going higher but short term we could have another drop start early next week that might go as low as the 2500 area before turning back up.  Hard too say for sure but if it did drop first then we should have another powerful rally to over 2600 in November.  Will we see the 2600+ happen first and then a retest of 2500... don't know?  It's all about how many people are on each side of the trade I think.  If too many get short then we could see the run up first and then the drop.  If too many get long then we should see the pullback and then the run up later this year... like maybe for the Christmas rally?  Have a great weekend everyone.